Translucent, gelatinous and crowned with a pair of giant black eyes on its pointed head, the alien-like baby likely belongs to one of the more than 50 known species of ghost sharks, also known as chimaeras, which live in deep water around the world.

Though not exactly sharks, chimaeras are closely related to both sharks and rays, all of which are fish with skeletons made of cartilage instead of bone, according to NIWA.

As for the “ghost” part of the name? Well, take a look at some footage of fully grown ghost sharks, and try to imagine being the researchers who first saw these fish’s specter-like bodies emerge from the deep-sea gloom. 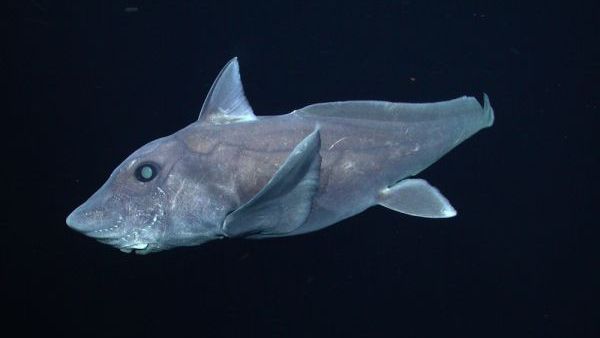 An adult ghost shark recorded off the coast of Central California. (MBARI 2007)

This newly hatched, or neonate, chimaera ended up in the net during a recent NIWA trawling survey, conducted about 4,000 feet (1,200 meters) underwater in order to estimate the population of another local fish, the hoki (which is commonly used in commercial fish products).

According to NIWA researchers, ghost shark embryos develop in egg capsules laid on the seafloor. There, the encased embryos feed off of a yolk until it’s time to hatch. Given their small size and exceptionally deep habitat, ghost shark hatchlings are extremely rare sights, the researchers said. 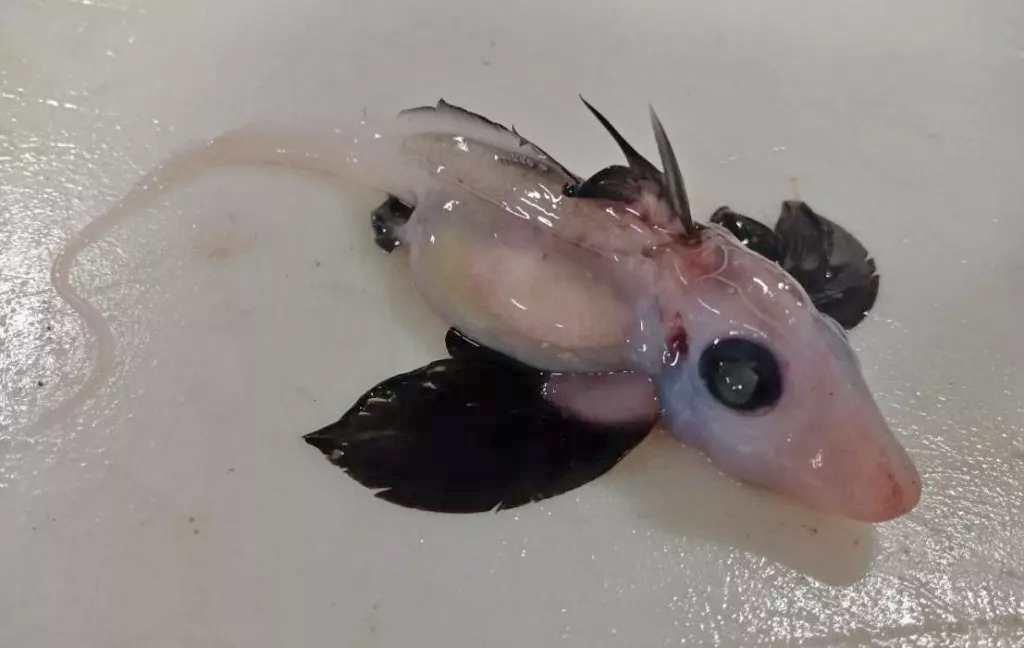 “You can tell this ghost shark recently hatched because it has a full belly of egg yolk,” Brit Finucci, a NIWA fisheries scientist, said in a statement. “It’s quite astonishing. Most deep-water ghost sharks are known adult specimens; neonates are infrequently reported, so we know very little about them.”

The researchers plan to run genetic tests on the hatchling to try to figure out which species of ghost shark it belongs to. The scientists can then compare the neonate to an adult of the same species, to better understand how the fish’s color, size and dietary habits change between infancy and adulthood.

20 times sharks made our jaws drop