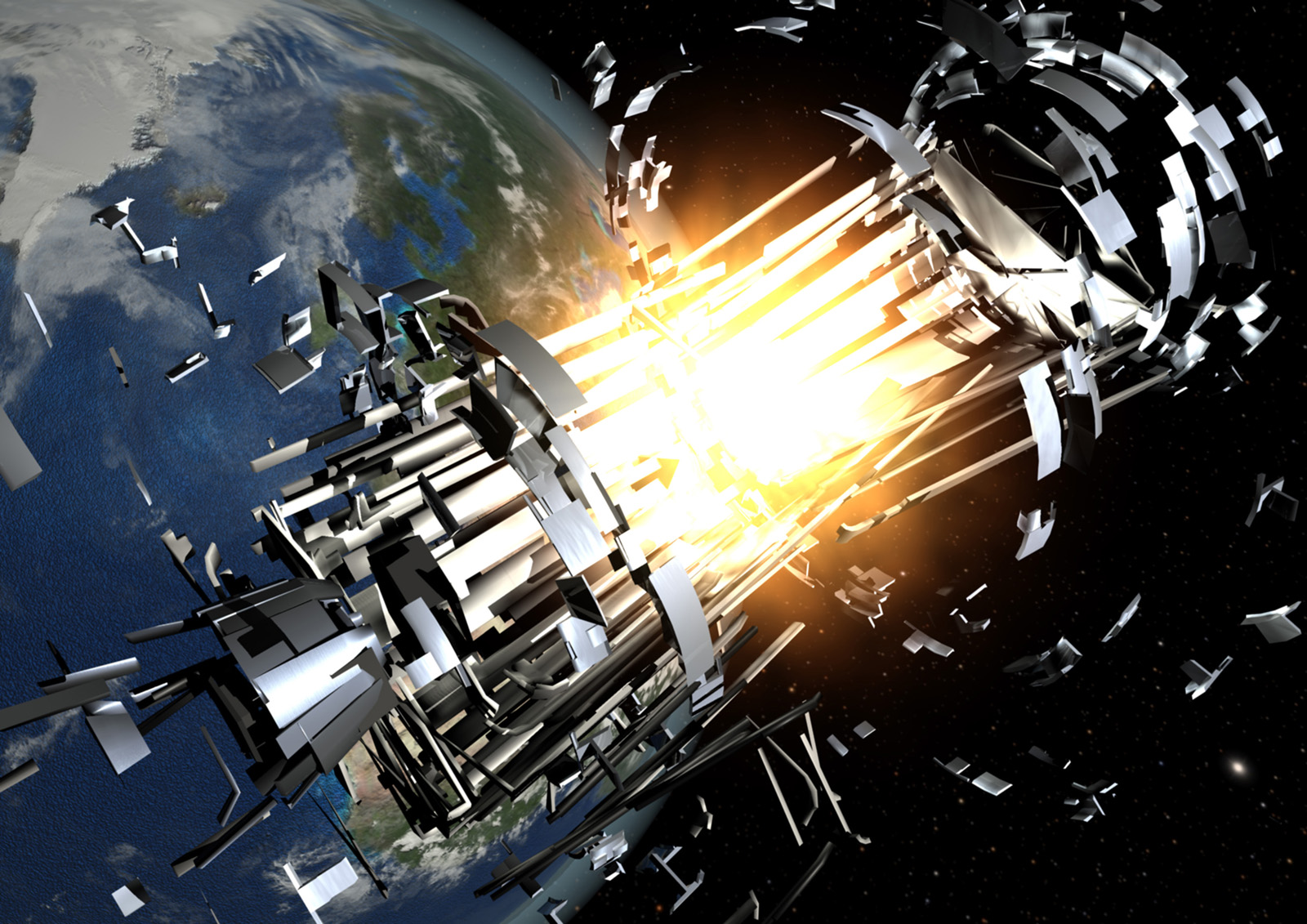 The prototype system, developed by the U.S. National Oceanic and Atmospheric Administration (NOAA), is designed to alert operators when their spacecraft may be on a collision course with another object. That’s a real and growing concern, given how crowded Earth orbit is becoming.

The system, which was demonstrated in a webcast press conference on Feb. 11, is called the Open-Architecture Data Repository (OADR). It’s a cloud database that keeps tabs on the growing population in Earth orbit and warns if there’s a danger of a collision, just as you might get a weather warning if you’re in the path of a storm.

Related: The worst space debris events of all time

It works like this: The OADR collects data on space conditions from a number of different scans from ground sensors that together cover much of the globe. The OADR is linked both to US-government-affiliated ground stations and to a network of commercial stations (especially in the Southern Hemisphere). The data also includes space weather observations and other satellites’ live telemetry and maneuvering plans.

The OADR takes in all that data and creates a picture of the orbital environment, which it then uses to assess if there are any looming “conjunctions” — close encounters between orbiting objects. If there are any, the OADR can relay that data back to satellite operators as a sort of weather forecast, giving them (ideally) several days to move their satellite out of the way.

“A hurricane notification displays a probability cone that continually changes as new data is obtained,” Scott Leonard, Special Advisor to the Director of NOAA’s Office of Space Commerce, said in the Feb. 11 press conference. “A conjunction is similar.”

OADR is still under development; the newly unveiled system is a prototype. According to Leonard, the OADR team still needs to iron out some kinks with automating data collection and prediction processes. If all goes according to plan, the OADR will see initial public operation by 2024 and be fully operational by 2025.

There are already a number of commercial firms providing these sorts of space-tracking services, but the OADR’s creators hope that it will ultimately have more data than those services — and better predictive capabilities to boot.

It’s hardly a secret that Earth orbit is getting quite crowded. There are already at least 23,000 objects in space with a diameter of 4 inches (10 centimeters) or greater. That number really began to explode in the 21st century, and it isn’t slowing down. “We expect on the order of 57,000 new satellites by the year 2030,” Stephen Volz, assistant secretary of commerce for environmental observation at NOAA, said in the press conference.

And in-space collisions aren’t just the stuff of nightmare fantasy. Last year, for example, a Chinese military satellite collided with a piece of a 25-year-old Russian rocket. The satellites of SpaceX’s Starlink broadband constellation, which may someday consist of more than 40,000 spacecraft, seem to be a particular cause for alerts.

In its stewards’ eyes, the OADR is intended to preemptively keep track of all the biggest threats. But it will likely be some time before any system can keep track of the millions of tiny objects in orbit — everything from rubbish to shards of metal to flecks of paint — all of which can cause catastrophic damage, given how fast everything moves up there.