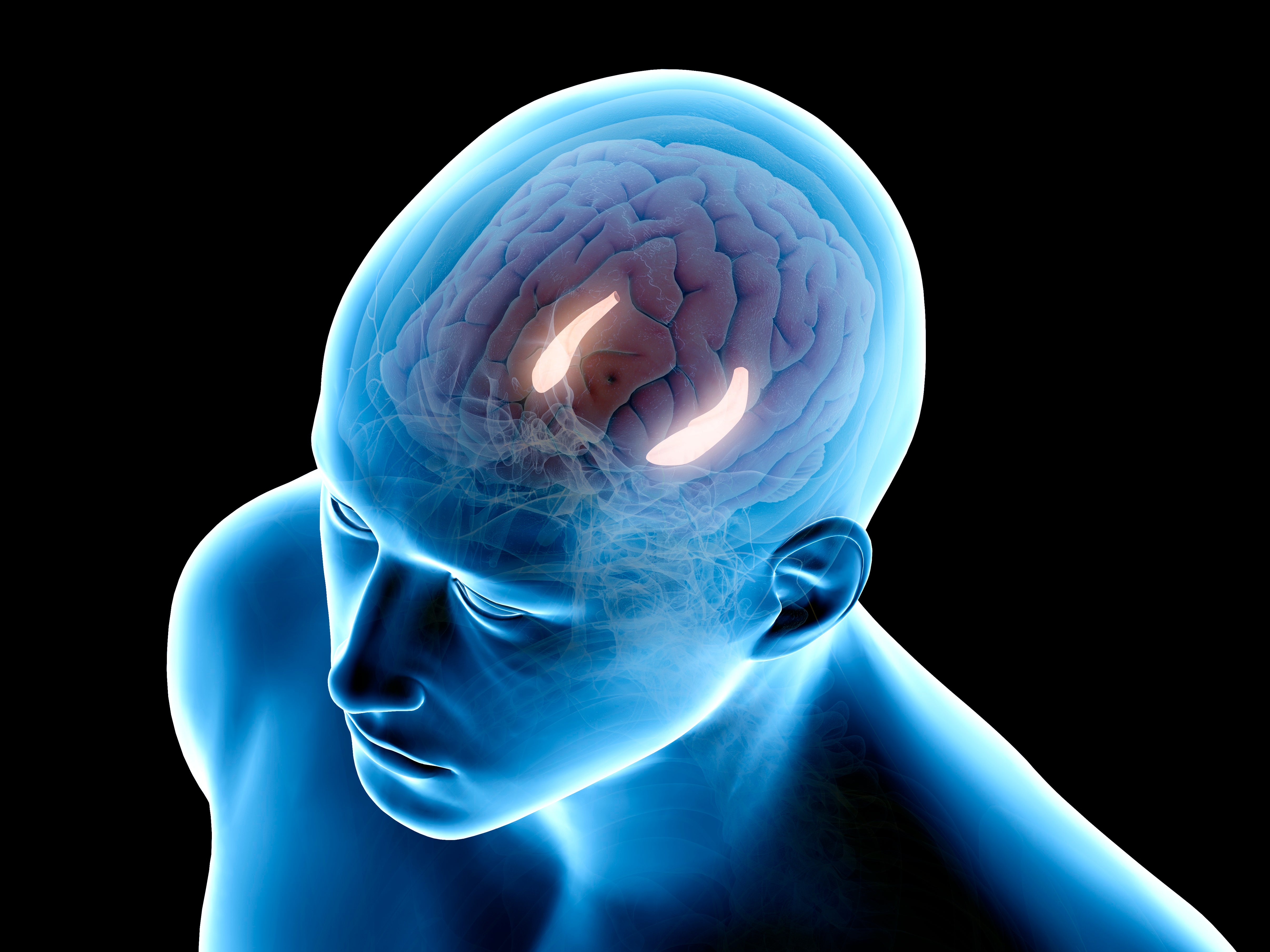 How does our brain know that “this” follows “that”? Two people meet, fall in love and live happily ever after—or sometimes not. The sequencing of events that takes place in our head—with one thing coming after another—may have something to do with so-called time cells recently discovered in the human hippocampus. The research provides evidence for how our brain knows the start and end of memories despite time gaps in the middle. As these studies continue, the work could lead to strategies for memory restoration or enhancement.

The research has focused on “episodic memory,” the ability to remember the “what, where and when” of a past experience, such as the recollection of what you did when you woke up today. It is part of an ongoing effort to identify how the organ creates such memories.

A team led by Leila Reddy, a neuroscience researcher at the French National Center for Scientific Research, sought to understand how human neurons in the hippocampus represent temporal information during a sequence of learning steps to demystify the functioning of time cells in the brain. In a study published this summer in the Journal of Neuroscience, Reddy and her colleagues found that, to organize distinct moments of experience, human time cells fire at successive moments during each task.

The study provided further confirmation that time cells reside in the hippocampus, a key memory processing center. They switch on as events unfold, providing a record of the flow of time in an experience. “These neurons could play an important role in how memories are represented in the brain,” Reddy says. “Understanding the mechanisms for encoding time and memory will be an important area of research.”

Matthew Self, a co-author of the study and a senior researcher in the department of vision and cognition at the Netherlands Institute for Neuroscience, emphasizes the importance of these hippocampal time cells’ role in encoding experiences into memory. “When we recall a memory, we are able to remember not only what happened to us but also where we were and when it happened to us,” he says. “We think that time cells may be the underlying basis for encoding when something happened.”

While researchers have known about the existence of time cells in rodent brains for decades, they were first identified in the human brain late last year by researchers at the University of Texas Southwestern Medical Center and their colleagues. To better understand these cells, Reddy and her team examined the hippocampal activity of patients with epilepsy who had electrodes implanted in their brain to evaluate a possible treatment for their condition. The subjects agreed to participate in two different experiments after their surgery.

“During the surgery, the electrodes are inserted through small holes of around two millimeters in the skull. These holes are sealed until the patients recover from the surgery and are monitored for up to two weeks with the electrodes in place in an epilepsy monitoring unit, or EMU,” Self says. “We record the hippocampal neuronal activity while the patients are performing tasks in the EMU for a period of about one week after the surgery.”

In the first experiment, the study participants were presented with a sequence of five to seven pictures of different people or scenes in a predetermined order that was repeated multiple times. A given image, say of a flower, was shown for 1.5 seconds, followed by a half-second pause and then another image—a dog, for instance. In a random 20 percent of the image intervals throughout the sessions, the parade of pictures stopped, and participants had to decide which of two images was the next correct one in the sequence before continuing. The researchers discovered that, over the course of 60 repetitions of the entire sequence, all of the time-sensitive neurons fired at specific moments in intervals between quizzes, no matter which image was shown.

A second experiment followed the same design, except that, after the sequence was repeated for a fixed number of times, a black screen was shown for 10 seconds—a gap interval that was intended to act as a distraction. For half of the participants, these intervals occurred after every five repeats of the sequence (resulting in six gaps in the experiment). For the remaining participants, they occurred after every two repeats of the sequence (resulting in 15 gaps). The sequence was repeated only 30 times.

The participants in the second experiment were quizzed about the order of the images in the sequence while the electrical activity from individual cells in their brain was recorded. Some neurons fired at one moment, corresponding to a particular image. Others did so at another moment for a different image. Time cells corresponding to a specific image still switched on during the 10-second gaps in which no image was shown. These gaps appeared to help subjects remember more pictures and their correct order. During the gap periods, about 27 percent of the time cells were activated.

To address the question of whether time information was present in the activity of hippocampal neurons, the researchers stimulated a subset of time cell neurons that were activated in response to an image. The firing activity of each neuron was modeled as a function of time, image identity, and whether the temporal period corresponded to an image or the interstimulus interval (ISI) periods—the 0.5-second gaps between the pictures.

The researchers could decode different moments in time based on the activity of the entire group of neurons—evidence that the human brain contains time-tracking neurons. “We think that the population of time cells in the hippocampus is representing several different and overlapping timescales,” Self says. “The activity of these cells is present throughout the trial, providing a time stamp for an event.” Yet the fact that these cells also represent the content of our memory (the “what” as well as the “when”) makes things more complex, he explains. “We don’t fully understand how the memory is encoded,” Self says, “but the activity pattern across the hippocampus appears to simultaneously provide us with both the time stamp and the contents of the experience.”

Self adds that this information may be combined with signals that indicate the context of the experience, but further research is needed to understand this mechanism. “It’s no use encoding that you saw your friend at the beginning of an event without also encoding the context—that the event entailed ‘walking around the supermarket,’” he says. “Our future research aims to understand how time information is combined with contextual information to provide temporal structure to our memories.”

The results seem to be similar to previous studies in rats demonstrating that time cells are the same as “concept cells” that respond to different representations of the same stimulus—that these cells encode both a concept and a time. “Time cells in [the] rat hippocampus are also place cells that respond when the rat is in a particular location,” Self says. “It appears that hippocampal cells are multidimensional and can encode different aspects of our experiences in their firing patterns.”

The paper answers a key question about human time cells, remarks Stefan Leutgeb, chair of the neurobiology section at the University of California, San Diego. “The current study makes a couple of important contributions. First, it provides further confirmation that time cells are not only common in the rodent hippocampus but can also can be observed in high proportions in the human hippocampus,” says Leutgeb, who was not involved with the work. “In fact, the proportion of time cells that were detected in humans in the present study is higher, compared to the previous study.”

The findings might explain why some people with damage to their hippocampi—one of which resides in each brain hemisphere—can remember events but have trouble placing them in the right order—a problem for patients with Alzheimer’s disease and other neurodegenerative conditions. “Hopefully a clear understanding of the cellular contributions to memory functions will bring us closer to understanding why memory functions are lost in some diseases and how these diseases can be treated,” says Jørgen Sugar, an associate professor of physiology at University of Oslo, who was not involved in the new study.

Researchers in this field are looking forward to taking the work further. “The next step is to develop noninvasive or invasive methods of modulating the activity of time cells and time cell circuits,” says Bradley Lega, an associate professor of neurological surgery at U.T. Southwestern, who was senior author of the study that first documented the presence of time cells in the human brain last year. “This may provide a neuromodulation strategy for memory restoration or enhancement. The activity of time cells can also be monitored to determine what is occurring as electrical impulses are applied during such a procedure.”

Some scientists think this work could assist in one day developing “memory prosthetics”—a technique that would allow a computer to insert or delete memories with electrodes placed in the brain. Such a step would raise ethical issues about the manipulation of memories, but it is probably not close to being realized.

That potential technology could also be used for treating post-traumatic stress disorder or Alzheimer’s. “It could be tempting to develop such devices so that memories can be deleted or inserted, but I don’t see how these devices could be regulated to prevent misuse (insertion of false memories or deletion of important memories),” Jørgen says. “I think a more reasonable strategy is to focus our efforts on preventive treatments of memory disorders.”

“I hope work in humans can reveal how time cells are actually contributing to encoding and recall of a unique one-shot memory,” he adds. “Then the human race would be optimistic of the time when this emerging research will be put into use in helping us understand how our brain knows the start and end of memories despite time gaps between events.”