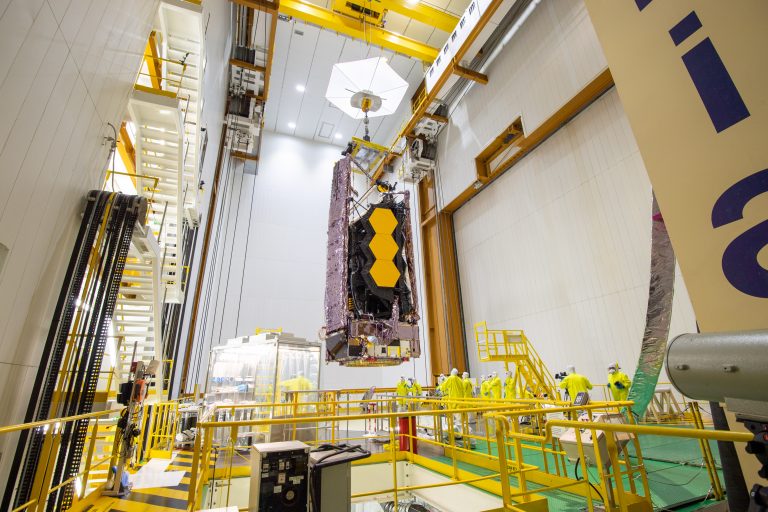 ESA, which has about a 10% stake in the James Webb Space Telescope mission, is providing the rocket that will send the 6.5-metric-tonne telescope into space. The Ariane 5 rocket, operated by European company Arianespace since the mid-1990s, is one of the most reliable launchers available.

Engineers readying the grand telescope for its upcoming liftoff from Europe’s Spaceport, however, recently found that a cable relaying data between the telescope and a “launch table” wasn’t functioning properly. That discovery pushed the launch back d from Dec. 22 to no earlier than Dec. 24, with more information expected to be announced later on Thursday.

“It’s an interface issue in the electrical network connecting the observatory and the ground support equipment,” Daniel Neuenschwander, ESA director of space transportation, said in the briefing. “It’s a cable located in the launch table, which is experiencing some intermittent losses of data.”

Neuenschwander added that ESA and NASA teams are still investigating the issue and expect to release more information later on Thursday.

Webb, which was mounted onto the rocket earlier this week, has not yet been sealed into the Ariane 5’s fairing, which will protect it during liftoff and early ascent through the atmosphere. The cable issue was discovered during the so-called “aliveness test” that was intended to confirm the health of the spacecraft before its encapsulation into the rocket fairing, Thomas Zurbuchen, the associate administrator for NASA’s science mission directorate, said in the briefing.

“With the interface issue, we were delayed with the aliveness test,” Zurbuchen said. “The test extends for several hours, and that really was on the critical path. We have a meeting tonight at about 6 p.m. E.T., where we will look at whether we have managed to do this aliveness test and go forward with the encapsulation.”

Zurbuchen added that the teams are not taking any chances with the $10 billion observatory, which took 30 years to design and build (and is already many years delayed and a few billion dollars over budget).

“This was always going to be a special launch,” Zurbuchen said. “We have had recently four launches at NASA where we had multiple communication losses like this and we went forward with the launch. We were taking more risks. We are absolutely not taking any risks with Webb because this is already risky enough. So we are making absolutely sure that everything works.”