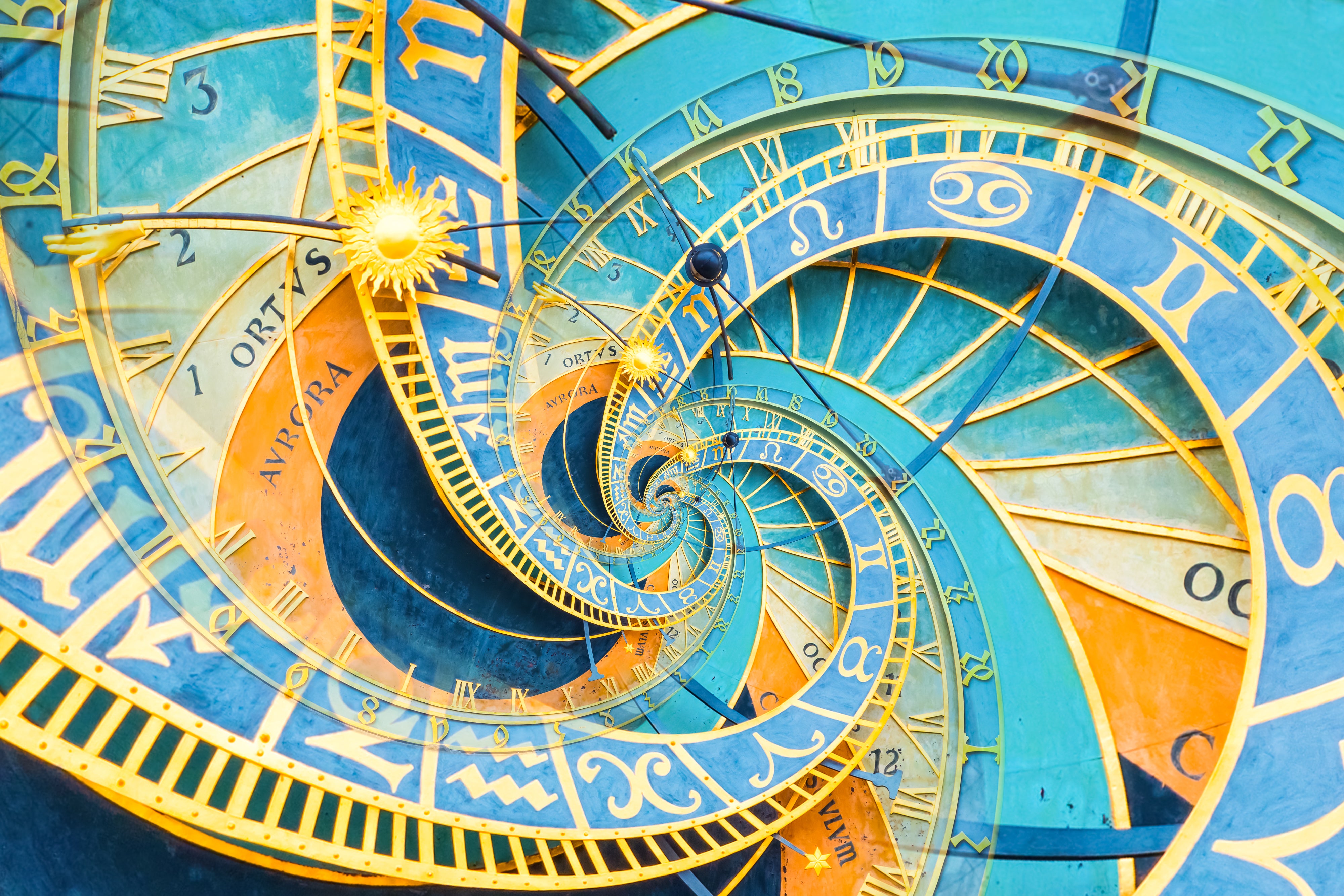 Humans have tracked time in one way or another in every civilization we have records of, writes physicist Chad Orzel. In his new book A Brief History of Timekeeping (BenBella Books, 2022), Orzel chronicles Neolithic efforts to predict solstices and other astronomical events, the latest atomic clocks that keep time to ever more precise decimals and everything that came in between. He describes the evolution of clocks, from water clocks that timed intervals by how long it took water to flow out of a container to hourglasses filled with sand to the first mechanical and pendulum clocks to our modern era. Each episode is filled with interesting physics and engineering, as well as a glimpse at how different ways of keeping time affected how people lived their lives at various points and places in history.

Scientific American talked to Orzel about the coolest clocks in history, the most complicated calendar systems and why we still need to improve the best clocks of today.

How did the advent of clocks change history?

There’s an interesting democratization of time as you go along. The very most ancient monuments are things such as Newgrange in Ireland. It’s this massive artificial hill with a passage through the center. Once a year sunlight reaches that central chamber, and that tells you it’s the winter solstice. I’ve been there, and you can put 10 to 12 people in there, maybe. This is an elite thing where only a few people have access to this information. As you start to get things such as water clocks, that’s something that individual people can use to time things. They’re not superaccurate, but that makes it more accessible. Mechanical clocks make it even better, and then you get public clocks—clocks on church towers with bells that ring out the hours. Everybody starts to have access to time. Mechanical watches start to become reasonably accurate and reasonably cheap by the 1890s. They cost about one day’s wages. Suddenly everybody has access to accurate timekeeping all the time, and that’s a really interesting change.

Is it hard to track the advent of different kinds of clocks?

When people write about clocks in history, they use the same word for a bunch of different things. There’s a famous example: there was a fire in a particular monastery, and the record says some of the brothers ran to the well, and some ran to the clock. That tells you that it was a water clock because they’re going there to fill up buckets to put the fire out. There’s another reference that says a clock was installed above the rood screen of a church. If it’s 50 feet up in the air, that was probably not a water clock but a mechanical clock because nobody would make a device where you have to go up there and fill it with water.

What is your favorite clock from history?

I really like this Chinese tower clock. It was built in about A.D. 1100 by a court official, Su Song. It’s a water clock, based on a constant flow of water, but it’s a mechanical device. It’s this giant wheel that has buckets at the end of arms, and the bucket is positioned under this constant-flow water source. When it fills past a certain point, the bucket tips, and that releases a mechanism that lets the wheel rotate. The wheel turns and brings a new bucket that starts filling. The timing regulation is really provided by the water, which also provides the drive force. The weight of the water is what’s turning the wheel. It’s this weird hybrid between an old-school water clock and the mechanical clocks that would be developed in Europe a century or two later. It’s an amazingly intricate system, a monumental thing that worked incredibly well. But it didn’t last long—it ran for about 20 years. It was located in a capital city of a particular dynasty, which fell, and the successors couldn’t make it work.

It’s a neat episode in history. The origin of this is that Su Song was sent to offer greetings on the winter solstice to a neighboring kingdom. But the calendar was off by a day. He got there and gave his greeting on the wrong day, which would have been a huge embarrassment. When he got back, the calendar makers were punished, and he said, “I’m fixing this.”

How does a society’s way of keeping time reveal what it values?

Every civilization that we have decent records of has its own way of keeping time. It’s very interesting because there are all these different approaches. None of the natural cycles you see are commensurate with one another. A year is not an integer number of days, and it’s not an integer number of cycles of the moon. So you have to decide what you’re prioritizing over what else. You have systems such as the Islamic calendar, which is strictly lunar. They end up with a calendar that is 12 lunar months, which is short [compared with about 365 days in a solar year], so the dates of the holidays move relative to the seasons.

The Jewish calendar is doing complicated things because they want to keep both: they want holidays to be associated with seasons, so they have to fall in the right part of the year, but they also want them in the right phase of the moon.

The Gregorian calendar sort of splits the difference: We have months whose lengths are sort of based on the moon, but we fix the months, so the solstice is always going to be June 20, 21 or 22. We give the position of the year relative to the seasons priority above everything else.

Then you have the Maya doing something completely different. Their calendar involves this 260-day interval, and no one is completely sure why 260 days was so important.

How accurate are clocks today?

The official time now is based on cesium: one second is 9,192,631,770 oscillations of the light emitted as cesium moves between two particular states.

I can’t believe you know that off the top of your head!

I’ve taught this a bunch of times [laughs].

Time is defined in terms of cesium atoms, so the best clocks in the world are cesium clocks. Cesium clocks are good to a part in 1016. If it says one second, there are 15 zeros after the decimal point before you get to the first uncertain digit. There are experimental clocks that are two, maybe three, orders of magnitude better than that. They are not officially clocks. They are measuring a frequency and measuring it to a better precision than the best cesium clocks.

Those are good enough that an aluminum ion clock did a test of relativity. [Researchers] held the ion fixed in one, and the other, they shook back and forth, and they could see that the one that was moving ticked a little slower. Then they held one in position and moved one about a foot higher, and they could see that the one at higher altitude ticked faster. They agreed perfectly with relativity.

Is there a limit to how accurate clocks can ever be?

There’s a limit in the sense that there are a lot of things that affect the precision. Einstein’s general theory of relatively tells you that the closer you are to a large mass, the slower your clock will tick. At some point, you’re sensitive to the gravitational attraction of graduate students coming into and out of the lab. At that point, it becomes impractical.

This is already an issue because the atomic time for the world is a consensus of atomic clocks all over the world. Here in the U.S., there are two big standards labs: one is the Naval Observatory in Washington D.C., around sea level, and the other is in Boulder, Colo., about a mile up. Their cesium clocks tick at different rates because they’re at different distances from the center of the earth. They have to take that into account. So we kind of made an unwise choice locating this in Boulder.

After all you know about clocks, I have to ask what kind of watch you wear.

I have two: One is a quartz watch—nothing special. I’ve probably spent more replacing the band on it several times than I spent on the watch. The other I have is a mechanical watch from the 1960s. It’s an Omega, purely mechanical watch. It’s an incredibly intricate watch, a marvel of engineering, but I can go to a dollar store and buy a watch that can keep time just as well because quartz is so accurate.