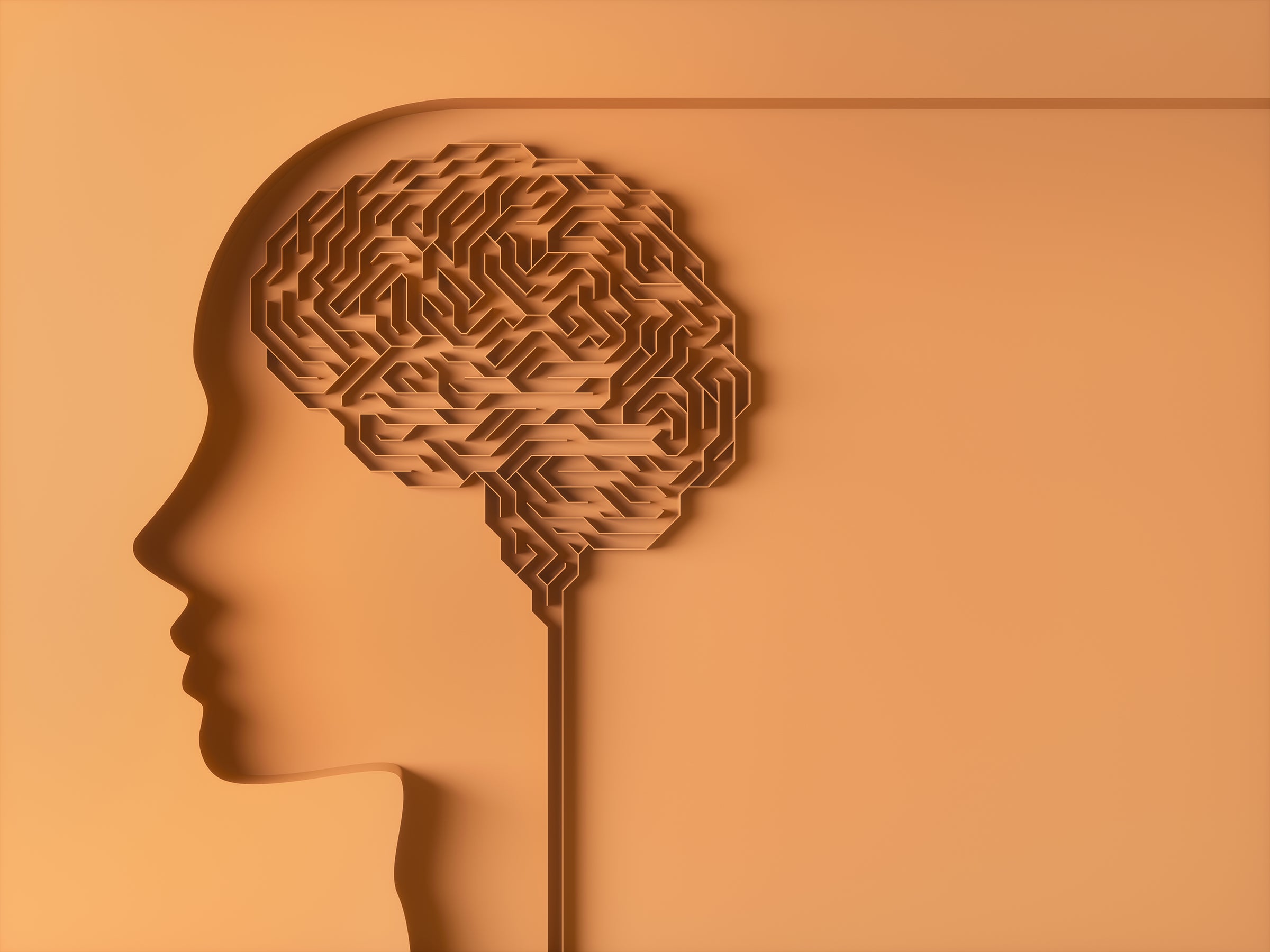 We are all time travelers. Each day, we experience new things as we travel forward through time. In the process, the countless connections between the nerve cells in our brain recalibrate to accommodate these experiences. It’s as if we reassemble ourselves daily, maintaining a mental construct of ourselves in physical time, and the glue that holds together our core identity is memory.

Not only do we travel in physical time; we also experience mental time travel. We visit the past through our memories and then journey into the future by imagining what tomorrow or next year might bring. When we do so, we think of ourselves as we are now, remember who we once were and imagine how we will be.

A new study, published in the journal Social Cognitive and Affective Neuroscience(SCAN), explores how a specific brain region helps knit together memories of the present and future self. Injury to that area leads to an impaired sense of identity. The region—called the ventral medial prefrontal cortex (vmPFC)—may produce a fundamental model of our self and place it in mental time. In doing so, this study suggests, it may be the source of our sense of self.

Psychologists have long noticed that our mind handles information about one’s self differently from other details. Memories that reference the self are easier to recall than other forms of memory. They benefit from what researchers have called a self-reference effect (SRE), in which information related to one’s self is privileged and more salient in our thoughts. Self-related memories are distinct from both episodic memory, the category of recollections that pertains to specific events and experiences, and semantic memory, which connects to more general knowledge, such as the color of grass and the characteristics of the seasons.

SREs, then, are a way to investigate how our sense of self emerges from the workings of the brain—something multiple research groups have studied intensely. For example, previous research employed functional magnetic resonance imaging (fMRI), a method that measures blood flow as a measure of brain activity, to identify regions that were activated by self-reference. These studies identified the medial prefrontal cortex (mPFC) as a brain region related to self-thought. The mPFC can be further divided into upper and lower regions (called dorsal and ventral, respectively), which make different contributions to self-related thought. The dorsal section plays a role in distinguishing self from other and appears to be task related, whereas the ventral section, the vmPFC, contributes more to emotional processing.

In the new SCAN study, the researchers used the self-reference effect to assess memories of present and future selves among people with brain lesions to the vmPFC. The scientists worked with seven people who had lesions to this area and compared them with a control group made up of eight people with injuries to other parts of the brain as well as 23 healthy individuals without brain injury. By comparing these groups, the scientists could investigate whether brain lesions in general or those to the vmPFC specifically might affect SREs. All people in the study underwent a thorough neuropsychological evaluation, which confirmed that they were within normal ranges for a variety of cognitive assessments, including measures of verbal fluency and spatial short-term memory. The researchers then asked the participants to list adjectives to describe themselves as well as a well-known celebrity, both in the present and 10 years in the future. Later, the participants had to recall these same traits.

The researchers discovered that people in their control group could recall more adjectives linked to themselves in the present and future than adjectives linked to the celebrity. In other words, they found that the self-reference effect extends to both the future as well as the present self. Although there was some variation in this group—people with brain injuries were somewhat less able to recall details about their future self when compared with healthy participants, the self-reference effect still applied.

Results were distinctly different, however, for the participants with injury to the vmPFC. People with lesions in this area had little or no ability to recall references to the self, regardless of the context of time. Their identification of adjectives for celebrities in the present or future was also significantly impaired when compared to the rest of the participants. In addition, people with vmPFC lesions had less confidence about an individual’s ability to possess traits than other people in the study. All of this evidence points to a central role for the vmPFC in the formation and maintenance of identity.

The new findings are intriguing for several reasons. Brain lesions can help us understand the normal function of the brain region involved. Lesions of the vmPFC are associated with altered personality, blunted emotions and a number of changes in emotional and executive function. Injury to this area is most often associated with confabulations, that is, false memories that are told with great confidence. While it may be tempting for someone to perceive confabulation as deliberate or creative falsehood, people who confabulate are unaware their stories are false. Instead, it is possible their confusion could stem from misfunctioning memory retrieval and monitoring mechanisms.

More broadly, the study helps elucidate how self-related memories necessary to maintain our core sense of identity depend on the function of the vmPFC. But what about our past selves? Curiously, in previous studies that asked people to consider their past selves, there was no more activation of the mPFC than when considering someone else. Our past selves seem foreign to ourselves, as if they were another individual. One idea that scientists have put forward to understand this distinction is that perhaps we are not very kind in our judgments of our past selves, and we may use our past primarily to construct a positive self-image in the present. Put another way, because we may recognize flaws in our past self’s behavior, we tend to distance ourselves from the person we once were.

Putting the present and future into the spotlight, then, is central to understanding the way our brain and thoughts build our current identities. In many ways it makes sense that the mPFC is important in this process of recalling present details and imagining future ones that build on our recollections. The prefrontal cortex, including the mPFC, forms a network that is involved in future planning. That network includes the hippocampus, a brain structure that is central to episodic memory formation and that can track moments as sequential events in time. In past work, researchers have found that manipulating the activity of the hippocampus alters creative and future imaginings, which suggests an important role for brain structures supporting memory in imagining the future. In fact, while we often think of memory as the brain’s accurate and dispassionate recording device, some scholars have characterized it as a form of imagination.

The importance of future thought to the human condition is embodied in the mythological figure Prometheus (whose name means “Fore-thinker”), patron of the arts and sciences. According to Greek legend, he shaped humans out of clay and bestowed them with fire and the skills of craftsmanship—acts that illustrate the power of imagining a novel future. Though there is debate as to whether thinking about the future is an exclusively human feature—birds such as Western scrub jays, for example, appear to anticipate and plan for future food needs—it is clear that future thought has played a significant role in human evolution. This ability may have contributed to the development of language, and it has a key role in human interactions, where the vmPFC is central to evaluating and taking advantage of social context. Thanks to this new research, we have a better idea than ever before of where this core ability is constructed in the brain.