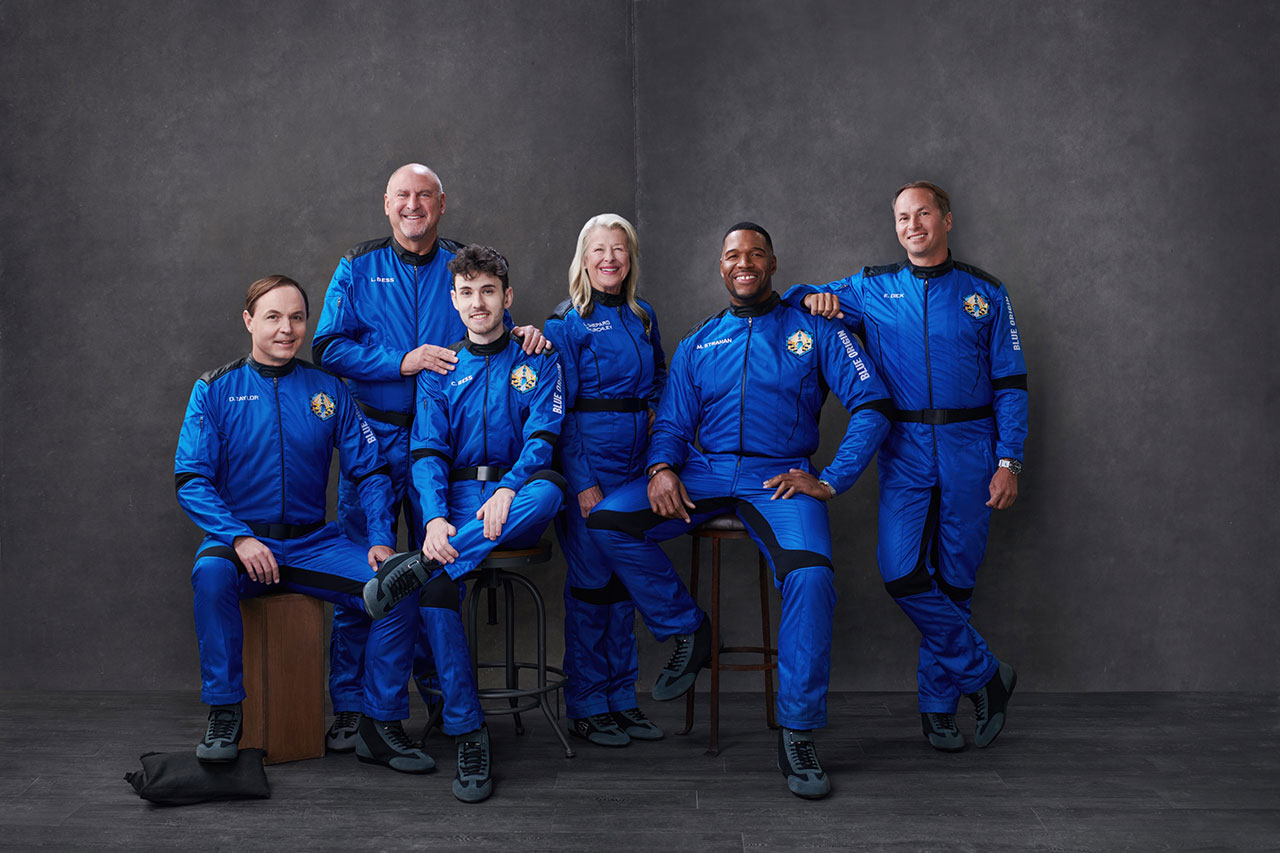 Good Morning America co-host Michael Strahan will be taking a small piece of his former life to space on Saturday (Dec. 11).

Strahan, who played in the NFL from 1993 to 2007, will tote a football on his suborbital jaunt with Jeff Bezos’ spaceflight company Blue Origin, which is scheduled to lift off from West Texas Saturday at 9:45 a.m. EST (1445 GMT).

Bezos and Strahan made the announcement during an interview that aired yesterday (Dec. 9) on Fox Sports’ Thursday Night Football. During that chat, Bezos also revealed that the ball will head for another interesting destination after returning from the final frontier.

This Saturday, @michaelstrahan will be taking a trip to space.YES, you read that right 🚀 Learn more about his trip here ⬇️ pic.twitter.com/pQsw6S7N89December 10, 2021

“This football, when you bring it back to Earth, is going straight to the Pro Football Hall of Fame” in Canton, Ohio, Bezos told Strahan.

“Hopefully it inspires more people to want to know more and explore more outside of our planet,” said Strahan, who won a Super Bowl with the New York Giants in 2007 and was inducted into the Hall of Fame in 2014.

“Even if I fumble this ball,” he added with a laugh, “it’s just going to float. So, no problem.”

Strahan was a defensive end, so he doesn’t have a ton of experience carrying the football. During his long and illustrious career, he forced a total of 24 fumbles, recovered 15 and never once put the ball on the turf himself, according to Pro Football Reference.

Saturday’s launch will be the third crewed flight for Blue Origin and its New Shepard suborbital vehicle. Strahan will share the capsule with five other people: Laura Shepard Churchley, 74, the eldest daughter of first American in space Alan Shepard; Dylan Taylor, chairman and CEO of the space exploration firm Voyager Space, founder of the nonprofit Space for Humanity and co-founding patron of the Commercial Spaceflight Federation; engineer and investor Evan Dick; Lane Bess, principal and founder of the venture fund Bess Ventures and Advisory; and Cameron Bess, a child of Lane.

You can watch the launch Saturday here at Space.com, courtesy of Blue Origin, or directly via the company. The entire mission will take about 11 minutes from launch to landing, if all goes according to plan.

This will not be the first time a football has flown in space. In February 2017, for example, NASA astronaut Tim Kopra threw a football down the length of the International Space Station. Given that the orbiting lab zooms around our planet at about 17,500 mph (28,163 kph), the toss technically covered 321 miles (517 kilometers) as seen from Earth, according to NASA’s calculations.