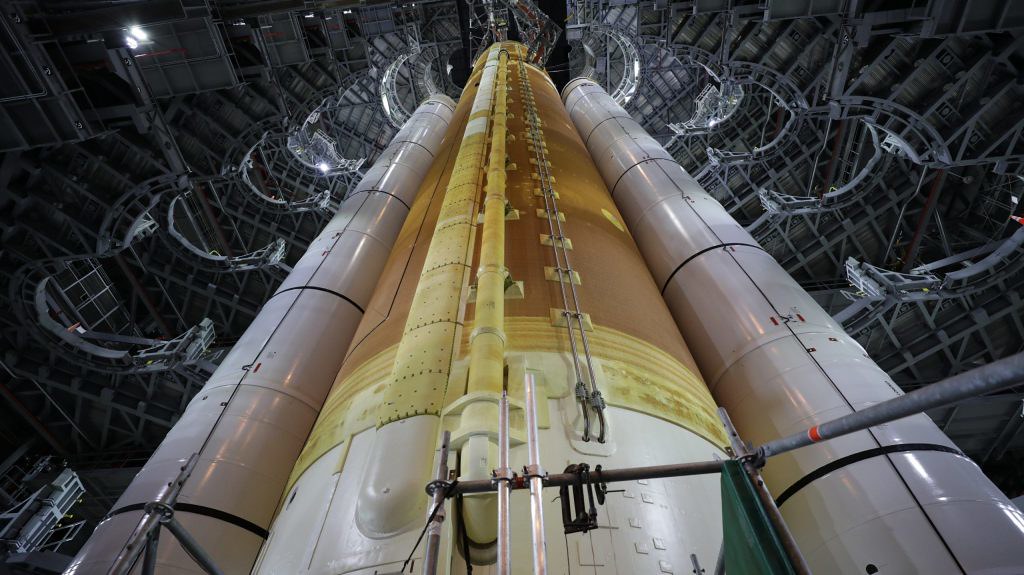 The first moonbound rocket and spacecraft of NASA’s Artemis program are expected to do a “wet dress rehearsal” on the launch pad in February, the agency said.

Engineers on the mission, expected to launch later this year, put the mission hardware through a series of checks to make sure they’re ready for the milestone, which will be key in determining Artemis 1’s readiness for flight.

Artemis 1 is aiming to send an uncrewed spacecraft around the moon using a combination of the never-flown Space Launch System rocket, along with the once-flown Orion spacecraft. NASA hopes to extend the program with the moon-orbiting crewed Artemis 2 mission in 2024, then a landing on Artemis 3 in 2025, ahead of other crewed missions later in the 2020s.

But getting ready for the launch pad requires a complex set of engineering task to ensure all parts are ready for the stresses of spaceflight. NASA has finished several checkpoints in the last month, the agency noted in two recent blog posts.

On Tuesday (Jan. 11), the crew access arm for the Orion spacecraft was both retracted and extended to make sure it works properly, NASA said in a blog post Thursday (Jan. 13).

The arm is meant to provide a safe access for astronauts to the SLS rocket during missions, and also serves technicians during assembly and testing operations in the Vehicle Assembly Building (VAB) at NASA’s Kennedy Space Center in Florida. As for SLS itself, on Friday (Jan. 14) NASA reported that an “engineering test series” was complete on the rocket core stage, which is also inside the VAB.

The first task was to replace and test one of the four RS-25 engine controllers, and then the team moved on to making sure the flight computers, engine controllers, and core stage systems are communicating and working properly. Technicians also tested “gimbaling” or slightly moving the engines to simulate movements they will perform during flight.

With everything moving along as planned, the team plans to do its second countdown test “to demonstrate the ground launch software and ground launch sequencer, which checks for health and status of the vehicle while at the pad,” NASA said. The goal is to make sure Orion and SLS are responding as expected during the simulated countdown.

The stacked spacecraft and booster will make their way to the nearby launch pad once the countdown test and final checkouts are finished, the agency noted, but did not provide a date yet for the transfer.