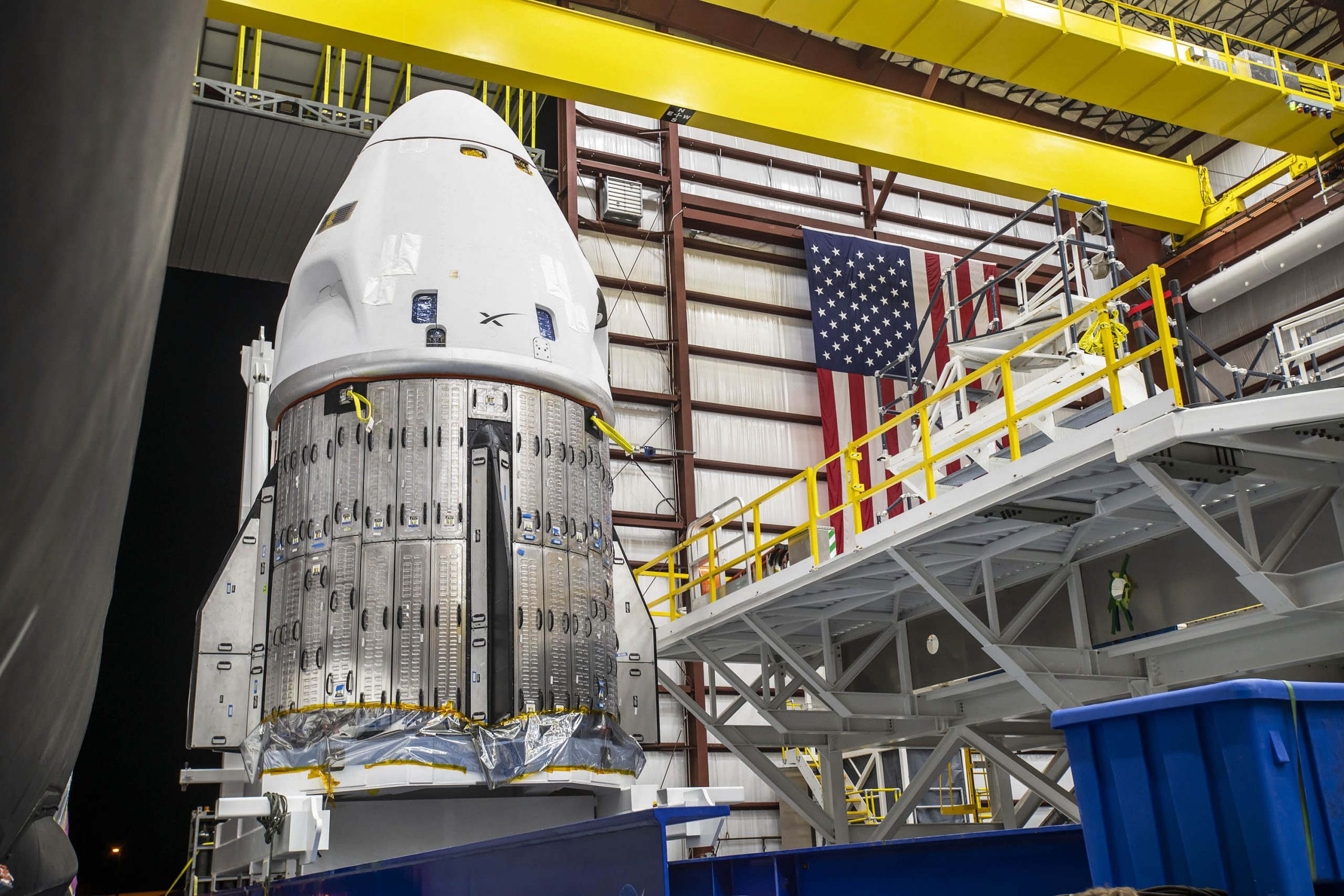 Could SpaceX replace Russia in space?

Last week, Russia invaded Ukraine in a series of attacks that sparked some of the most intense conflict in Europe in decades. Most recently, on Sunday night (Feb. 27) Russian President Vladimir Putin declared a nuclear alert, a move that only furthered international concern. With tensions rising ever higher, companies and countries around the world are breaking ties with Russia in space.

SpaceX recently activated Starlink internet services in Ukraine, showing support for the nation under attack. With the company already ferrying astronauts to and from the International Space Station, reducing NASA’s dependence on Russian Soyuz rides, it seems more possible than ever that SpaceX could fully replace the need for Russia’s Soyuz capsule.

In response, Dmitry Rogozin, the director general of Russian space agency Roscosmos, shared his candid thoughts online. “Do you want to destroy our cooperation on the ISS?” Rogozin tweeted in Russian (translated with Twitter translate).

“If you block cooperation with us, who will save the ISS from uncontrolled deorbiting and falling into the United States or Europe? There is also the option of dropping a 500-ton structure to India and China. Do you want to threaten them with such a prospect? The ISS does not fly over Russia, so all the risks are yours. Are you ready for them?” Rogozin added.

Rogozin’s words suggest that, without Russia’s Soyuz craft to boost the space station, it would deorbit and fall to Earth. However, any visiting vehicle with extra fuel, certainly including SpaceX’s Crew Dragon capsule, can boost the station and keep it going as it has been.

Europe also enacted severe sanctions in response to Russia’s invasion into Ukraine. After Europe announced these sanctions, Roscosmos said on Feb. 26 that it would stop its partnership with Europe that enables Soyuz launches from Europe’s spaceport in French Guiana. Additionally, Roscosmos announced that the agency will be withdrawing its workers from the European spaceport, SpaceNews reported.

In the immediate future at least, NASA has said it will continue to use Rocsosmos’ Soyuz capsule to return astronauts home. NASA astronaut Mark Vande Hei is scheduled to return to Earth from the station on March 30 aboard the Russian Soyuz MS-19; NASA confirmed again today (Feb. 28) during a news conference that Vande Hei will return home as previously planned.

So where does SpaceX fit in as international partners disconnect from Russia?

In 2014, NASA contracted SpaceX and Boeing through its commercial crew program to build crew capsules that could ferry astronauts to the space station and back. While Boeing’s Starliner has yet to fly a crew, SpaceX’s Crew Dragon has flown numerous astronaut crews to and from the orbiting lab successfully.

This partnership was created by NASA with the explicit purpose of decreasing NASA’s reliance on Russia’s Soyuz capsule, which was the agency’s only vehicle to the station after the space shuttle program closed in 2011.

Now, SpaceX founder Elon Musk has seemed to show public support for Ukraine by announcing that Starlink service is now active in the country, and adding that “more terminals [are] en route,” he said on Twitter.

Musk also responded to Rogozin’s Twitter remarks about keeping the space station aloft with, simply, an image of the SpaceX logo.

“If you block cooperation with us, who will save the ISS from an uncontrolled deorbit and fall into the United States & Europe”I think Elon is referring to this above (translation provided by Twitter). So Elon answered: SpaceXFebruary 26, 2022

As correctly guessed by a Twitter user, to whom Musk confirmed with a simple “yes,” in sharing this image with Rogozin Musk was answering Rogozin’s question of “If you block cooperation with us, who will save the ISS from an uncontrolled deorbit and fall into the United States & Europe?”

While Rogozin’s messages implied that the fate of the space station rests solely on Russia and its Soyuz capsules boosting the station in orbit, any spacecraft with extra fuel can do that. This message from Musk heavily implies that, even with no Soyuz capsules at the station, SpaceX’s Dragon spacecraft could just as well do the job.

In other words, the space station and NASA no longer need Russia’s Soyuz, they have the Dragon.