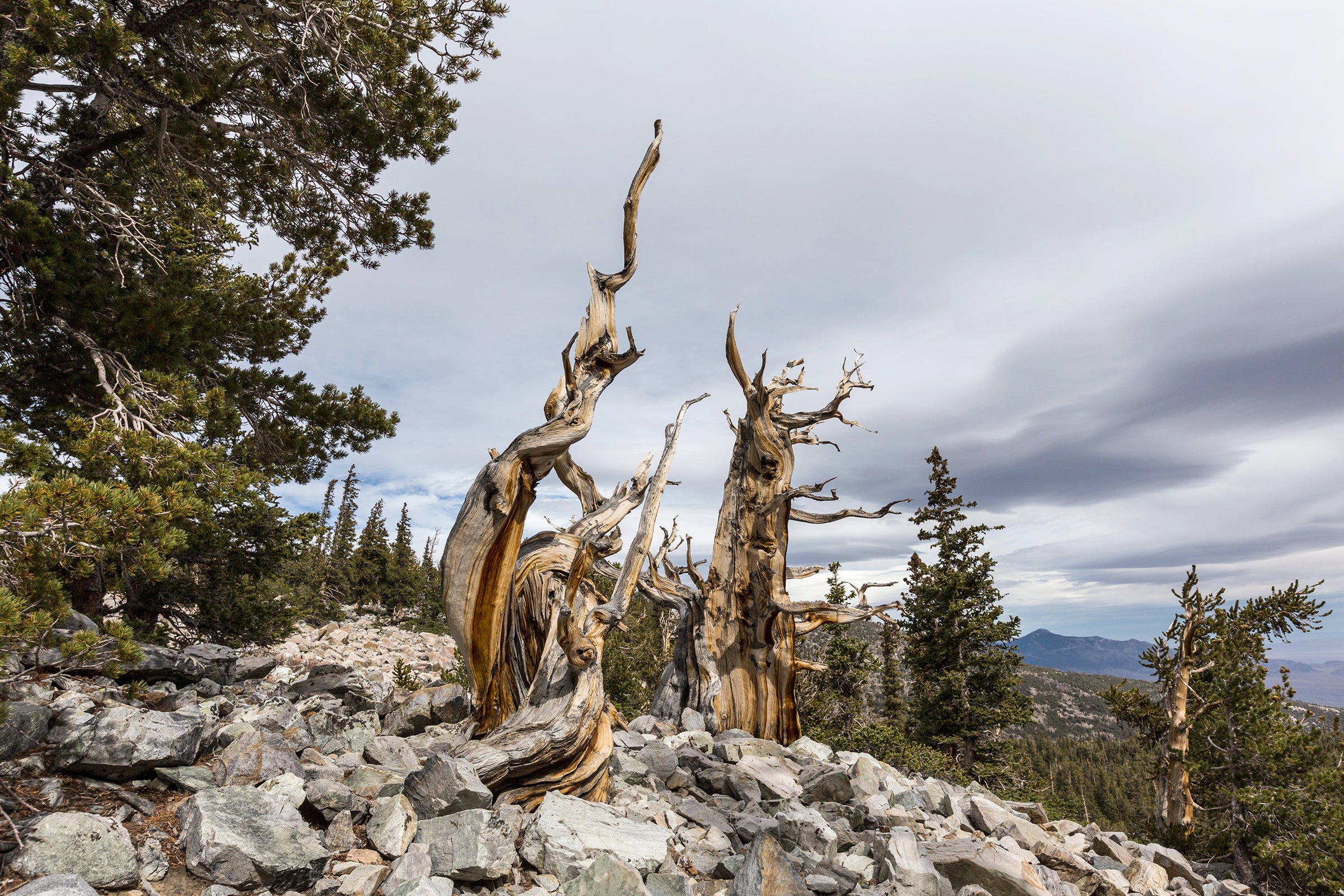 Your Christmas tree is dead or dying. But some conifers and other trees theoretically could live forever, according to a recent essay that reviews accumulating evidence on extremely long-lived trees—and calls for more scientifically rigorous methods to determine their age and study their longevity.

Across the board, trees do not die so much as they are killed, write the authors of the review essay, entitled “On Tree Longevity.” Their killers are external physical or biological factors rather than old age alone. That is, there is no evidence that harmful genetic mutations pile up over time or that trees lose their ability to produce new tissue.

“Trees can indeed live indefinitely, but this does not happen,” says co-author Franco Biondi, an ecoclimatologist and tree-ring scientist at the University of Nevada, Reno. “Because eventually an external agent, biotic or abiotic [a living thing or a nonliving one such as a physical condition], ends up killing them.”

Tree killers include environmental threats such as droughts, wildfires, harsh weather and pests—as well as human threats such as logging and fires set to clear forests for hunting or pastureland, write Biondi and his co-author Gianluca Piovesan of the University of Tuscia in Italy. Their essay was published in the August issue of New Phytologist.

Tree longevity interests researchers in part because trees and other plants remove carbon from the atmosphere for photosynthesis, and older trees are thought to store more carbon than younger ones. The persistence of trees could thus play a role in slowing climate change (although rising temperatures caused by global warming also can put a strain on trees, making them more vulnerable to environmental threats). The rings of old trees can also serve as an invaluable record of climate history, with wider rings indicating better years.

Scientific models designed to study tree longevity have made incorrect assumptions, including the idea that highly shade-tolerant late-successional trees, which are found in older ecosystems that have developed larger trees and a lot of shrub cover, are longer-lived, the essay also notes. For example, extremely long-lived bristlecone pine trees are known to live in wide-open landscapes of the West and in ecosystems that have not changed much for thousands of years.

David Stahle, a geographer and tree longevity researcher at the University of Arkansas, who was not involved in the review essay, used words such as “excellent” and “comprehensive” to describe it. But he takes issue with the assertion that trees can potentially live forever. “The likelihood, all things being equal, that trees are immortal seems improbable to me,” he says. “I love the idea. It’s a romantic idea, but, I mean, come on.”

The hypothesis of tree immortality has grown popular in the past 20 years as researchers continue to report having found little to no genetic evidence of aging in extremely old trees’ meristem (tissue that generates new cells), Stahle says. And this is one of the review essay’s most important points, he adds. But evidence of aging could be out there and just not yet found.

Adverse conditions, including the harsh, rocky landscapes populated by stands of bristlecone pines, can kill trees. But not all disturbances are bad for trees in the long run, the essay’s authors write. Many extremely old trees occur in mountain regions with limited soil and tough climate conditions. Biondi says it is as if trees that live a long time, up to thousands of years, abide by the axiom “that which doesn’t kill you makes you stronger.” Many long-lived trees grew up in environments in which they had to compete for resources, such as water in dry stands of trees or sunlight in dense forests with leafy treetops or crowns, Biondi says.

Earlier in this century, an individual Great Basin bristlecone pine (Pinus longaeva) in California’s White Mountains was dated using tree-ring analysis, or dendrochronology, and found to be more than 5,000 years old. That would make it the oldest known living organism on Earth that reproduces sexually, according to various sources. The age determination was made by the late Tom Harlan of the University of Arizona, who performed detailed analysis on a core sample taken from the tree in 1957. That estimate has not been confirmed by other researchers, according to a list of extremely old trees created by Rocky Mountain Tree-Ring Research, a nonprofit organization in Fort Collins, Colo. If we set aside that individual, the oldest living tree would be an around 4,850-year-old Great Basin bristlecone pine known as Methuselah, which is also located in the White Mountains, according to the nonprofit’s list.

The uncertainty about the oldest living tree perhaps illustrates larger questions about nailing down tree ages—a point that the review essay tackles. Some scientists’ estimates of tree ages draw on unreliable data and methods, including anecdotal reports, Piovesan and Biondi write. The most reliable age-determination methods are analyses of tree rings, with help from radiocarbon dating when necessary, they add. Stahle agrees.

Some popular tree species chopped down for sale as Christmas trees, such as Colorado blue spruces, can live for hundreds of years, Stahle says. But commercial forestry requires neither cutting short the lives of ancient and culturally valued trees nor practicing clear-cutting or other forms of deforestation. More sustainable practices include harvesting only individual trees in a stand or forest while maintaining the cover each tree provides, the water quality it protects and the carbon it sequesters. “We can do all these things, and we are,” Stahle says. “There are good actors and bad actors in the production of forest timber for society.”