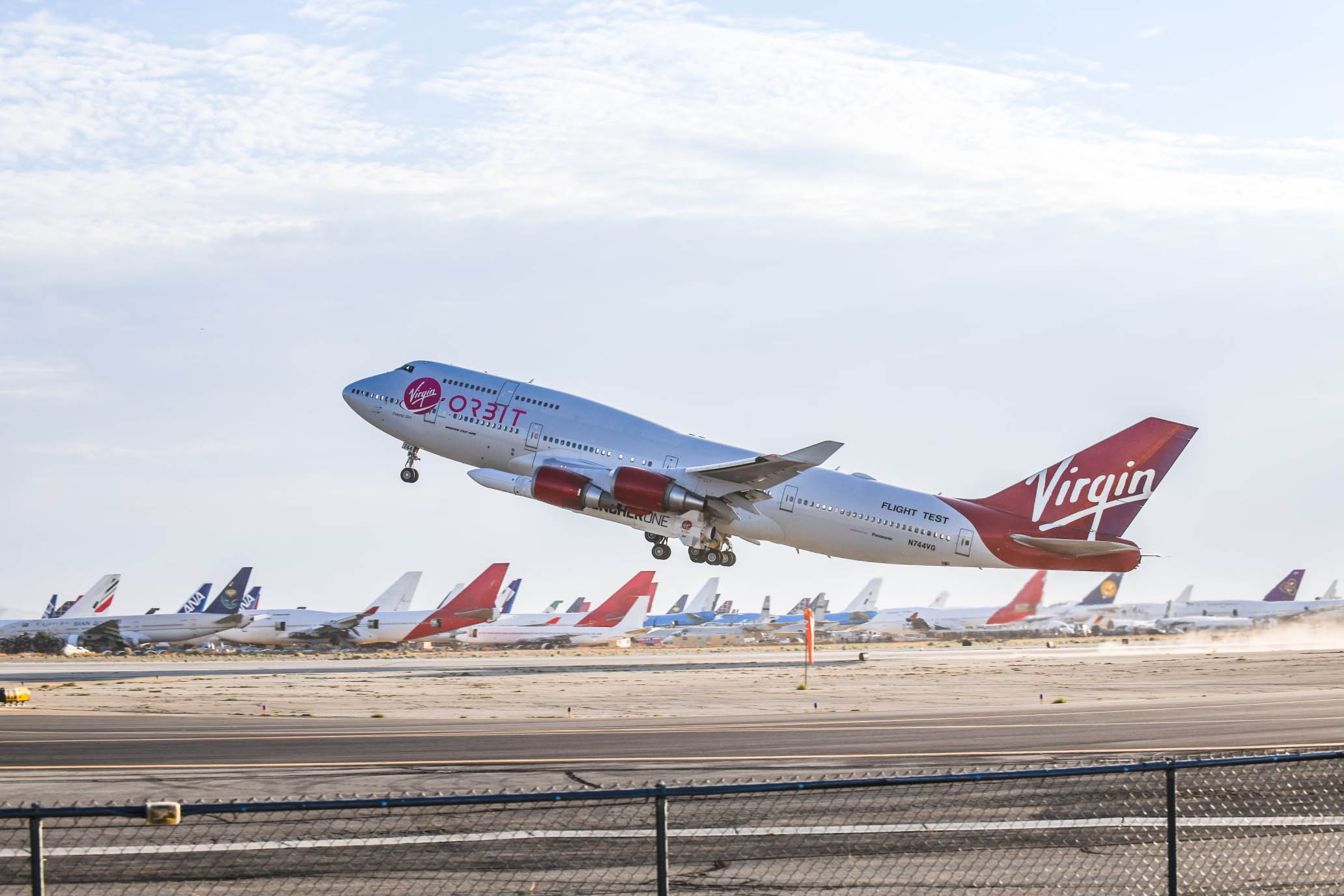 Virgin Orbit will launch its fourth-ever space mission today (Jan. 13), and you can watch the action live.

The flight, named “Above the Clouds” after a 1998 song by Gang Starr, is scheduled to lift off from California’s Mojave Air and Space Port today between 4 p.m. and 6:30 p.m. EST (2100 to 2330 GMT). The mission will deliver seven small satellites to orbit for three different customers.

You can watch the launch live here at Space.com, courtesy of Virgin Orbit, or directly via the company.

Virgin Orbit employs an air-launch strategy: A modified Boeing 747 jet known as Cosmic Girl takes off from a runway and reaches an altitude of about 35,000 feet (10,700 meters) above a designated drop zone before releasing the company’s 70-foot-long (21 m), two-stage LauncherOne rocket.

Rocket release will likely come about an hour after Cosmic Girl takes off today, Virgin Orbit representatives said in a prelaunch call with reporters on Tuesday (Jan. 11).

“Above the Clouds” will be the fourth mission for Virgin Orbit, which is part of English billionaire Richard Branson’s Virgin Group of companies. (That group also includes the space tourism company Virgin Galactic.) The first, a May 2020 test flight that carried no satellites, failed when a fuel line ruptured in LauncherOne’s first-stage engine.

The company aced its second test flight in January 2021, a mission that put 10 cubesats into orbit for NASA’s Educational Launch of Nanosatellites program. The third flight, a commercial mission that launched in June 2021, succeeded as well, lofting seven satellites into Earth orbit.

Four of the spacecraft on the June flight were provided by the U.S. military’s Space Test Program (STP), and two were Stork Earth-observation satellites belonging to the Polish company SatRevolution.

Both of those organizations are repeat customers: Four STP payloads are flying on “Above the Clouds,” and SatRevolution has two satellites aboard — a Stork spacecraft and SteamSat-2, which will test water-fueled thrusters developed by English company SteamJet Space Systems. The seventh satellite on today’s flight is Spire Global’s Adler-1, which will study the space debris environment in low Earth orbit.

Today’s mission is the first of six that Virgin Orbit aims to launch in 2022. If all goes according to plan, two of these upcoming missions will lift off from Spaceport Cornwall in England, taking the company’s launch operations international for the first time.

“This is going to be just a banner year for us,” Virgin Orbit Chief Operating Officer Tony Gingiss said during Tuesday’s press call.