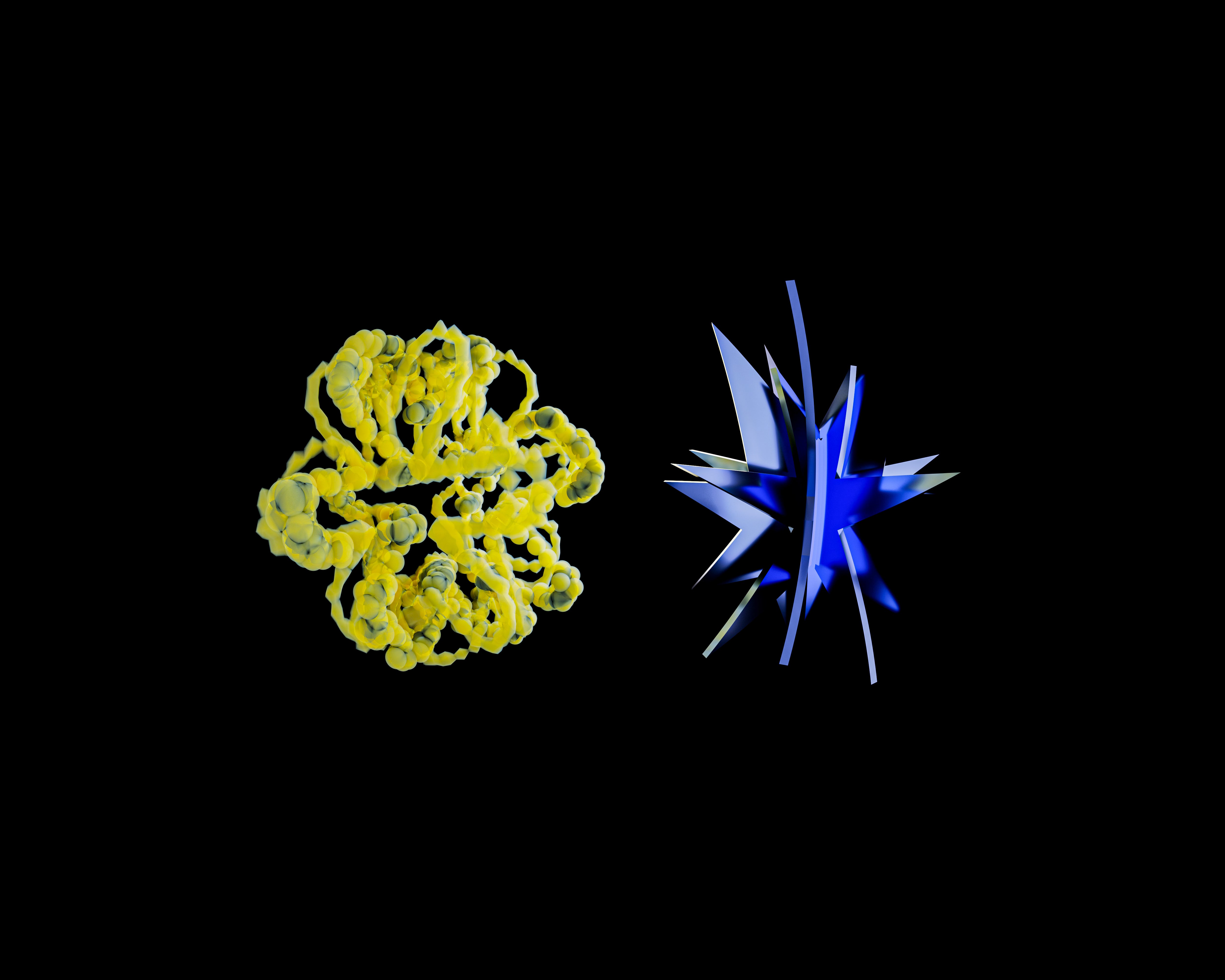 Some words imitate the sounds made by the things they describe. Like buzz or hiss or zip. For you language lovers, that’s called onomatopoeia. But what if the the way a word sounds could evoke some other feature of an object … like its shape? Well, a new study suggests not only that it can, but that the same word can do so across multiple languages. The findings are in the journal Philosophical Transactions of the Royal Society B. [Aleksandra Ćwiek et al., The bouba/kiki effect is robust across cultures and writing systems.]

The researchers were interested in studying the evolution of language.

Marcus Perlman: Both the ancient origins of language going back hundreds of thousands of years ago or even millions of years ago. And also the ongoing evolution of modern languages.

Hopkin: Marcus Perlman, a lecturer at the University of Birmingham in the UK. He says that a century ago, linguists insisted that the words we assign to various objects and actions are essentially arbitrary…and that words don’t necessarily resemble or sound like the things to which they refer.

Hopkin: That makes sense, because different languages have different words for the same thing. One person’s pup is another one’s perro.

Perlman: But there’s a lot of evidence now suggesting that the arbitrariness doctrine is proving to be false.

Hopkin: Onomatopoeia is a case in point. And so is sign language, which makes frequent use of gestures that resemble their referents…like tracing the tracks of tears as a symbol for crying. To further explore this connection between words and their meanings, Perlman and his colleagues turned to something called the bouba/kiki effect.

Aleksandra Cwiek: What it is about is that when you see two shapes—one looks like a cloud or like a flower, kind of roundish, and the other one is more spiky, maybe looks more like a star—and when you’re asked to say which one is bouba, you will be more likely to point to a rounded one. And for kiki, to a spiky one.

Hopkin: Aleksandra Cwiek of the Leibniz center general linguistics in Berlin. She says that if you were to look at the words bouba and kiki, which are totally made up, one possible explanation for the effect could be the appearance of the letters.

Cwiek: The shape of b-o-u-b-a, the shapes of those letters kind of evoke the sense of roundness. These letters are round.

Hopkin: But what happens when you don’t see the words, but hear them? And does it matter what language the listener speaks?

Cwiek: So we thought it would be a wonderful idea to just study bouba/kiki across the world.

Hopkin: With the help of 22 different collaborators, the researchers tested the bouba/kiki effect in 25 different languages from Albanian and Armenian all the way to Zulu…with Farsi, French, and Finnish in between. Participants were told to look at the two shapes and then listen to the sound. Either

Hopkin: Then they were asked, which shape corresponds to the sound? Whether they were German…

Yuri Lazebnik: Для каждого слова которое вы сейчас услышите, укажите с какой из картинок оно у вас ассоциируется? [For each of the words that you are about to hear, indicate with which of the pictures you associate it.]

Hopkin: …most participants said the rounder shape was bouba and the pointy one was kiki.

Perlman: This suggests that the effect is legit and does seem to be driven by some widely observed correspondence between the spoken words and the visual features of the shapes.

Hopkin: There were some exceptions. Perlman says that speakers of Romanian, Turkish, and Mandarin Chinese were more likely to make the reverse call. (Although my Turkish friend…and her family…fell squarely in the classic bouba/kiki camp.)

Beria Sunar: That blob looks like a bouba. Kiki has a sharp and spiky sound—like the spiky shape.

Hopkin: As to what that could mean about the evolution of language…imagine our early ancestors when they started using spoken words to refer to things.

Hopkin: So to get the conversation off the ground, they probably tried to come up with sounds that somehow evoked the object at hand.

Perlman: As a general principle, it might be that new words that are heard to resemble their referents in some way or another would have been more likely to be understood and adopted by a wider community of speakers.

Hopkin: So if folks from far-flung cultures generally agree that bouba is bulbous while kiki is sharp…

Cwiek: It shows us the potential of those correspondences to be to have been relevant at the very dawn of language. That in fact our ancestors could have relied upon those when establishing the first word forms.

Hopkin: Cwiek says she’d like to explore the effects of other nonsense words…ones that use different consonants and vowel sounds.

Cwiek: But also testing real vocabularies of languages across these possible dimensions that evoke the sense of roundness or sharpness or maybe other sensations in us because that might bring us closer to how the first words came to be.

Hopkin: Which means that bouba and kiki will not be the last word.