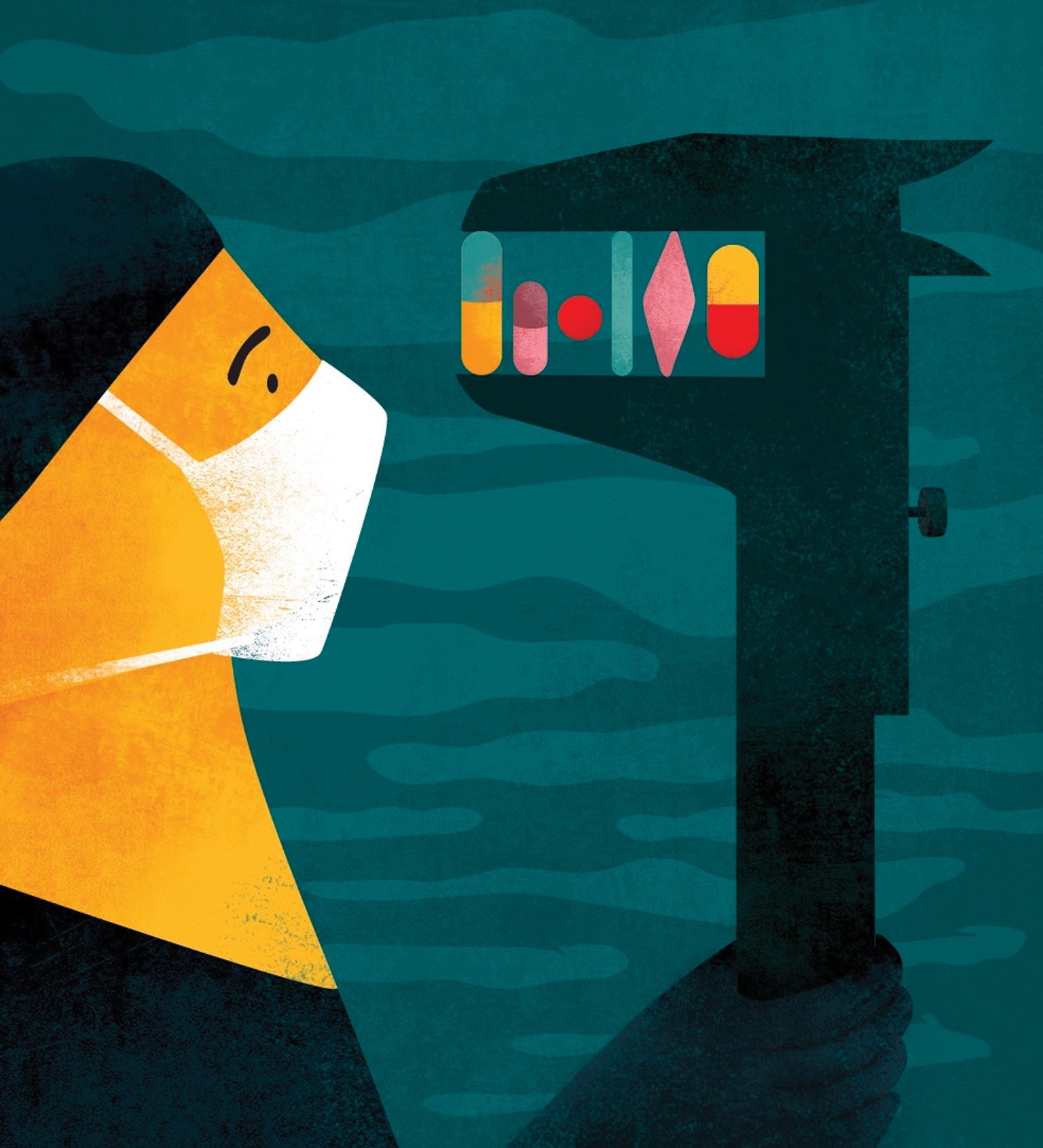 A huge amount of money, skill and organizational complexity goes into testing a single new therapy in a randomized controlled trial—the “gold standard” type of study that forms the bedrock of modern medicine. Among the steps: devising a valid statistical design, determining dosages and measures of efficacy, passing ethical reviews, training collaborators in the study’s protocol, and recruiting the required number and type of patients for both the novel treatment and a control group. It will often take years and an average of $20 million to learn whether the new intervention outperforms a placebo or the standard treatment. If the trial involves a brand-new drug, there is only a 14 percent chance that it will win approval from the U.S. Food and Drug Administration. Then, when the trial is over, its team disbands, and the organization shuts down. “It’s like building a new football stadium each time we want to play just one game,” says Scott Berry, president and senior statistical scientist at Berry Consultants, a Texas-based firm that advises on clinical trial design.

But suppose that stadium could be reused to test multiple treatments. And imagine that if one approach falls short, newly developed therapies could be added and tested against the same control group. This method, called an adaptive platform trial (APT), has been gaining ground in the past decade. Rather than focusing on a single new therapy, APTs aim more broadly at a disease. Drugs from multiple pharmaceutical firms can be tested at the same time and in various combinations. If data show that specific subsets of patients do better with certain therapies, new participants can be recruited into those treatment arms. In theory, APTs can run forever in search of ever better results.

Such trials are currently assessing therapies for Alzheimer’s disease; influenza; cancers of the breast, brain and pancreas; severe COVID; and more. “My view is that these trials are revolutionary and transformative,” says Steve Webb, a professor of critical care research at Monash University in Australia and a principal investigator in an APT directed at acute COVID.

The longest-running APT, begun in 2011, is I-SPY 2 , which evaluates new drug therapies to shrink tumors in patients with breast cancer that has spread locally. I-SPY 2 has investigated about two dozen different compounds and regimens and shown which ones hold the most promise for patients with specific types of tumors. “One of the great advantages is that you can add an arm much faster than someone can design a separate trial,” Berry says.

The time line for getting results is also greatly accelerated. Unlike traditional studies, APTs involve frequent analyses of the accumulating data so the trial can swiftly evolve in response to interim results. What makes this possible is sophisticated Bayesian statistical analysis—a method of comparing probabilities that can require intensive computing power. A study arm will be halted if the analysis shows a very strong probability that a given treatment is unsafe or futile—or if it is working so well that the treatment should be used more widely. “Real-time data reporting is something that’s really novel,” says oncologist Tufia Haddad of the Mayo Clinic, who works on traditional trials as well as on I-SPY 2. “The trial is continually learning from each patient. We answer research questions more quickly, and we bring drugs to market more quickly to help our patients.”

Rapid answers make APTs popular with patient advocacy groups, several of which have funded such trials. The quickness also made them a natural choice for Operation Warp Speed, the federal effort to find COVID treatments and vaccines. In a fortuitous turn of events, a platform trial that could be adapted to study COVID was already underway when the pandemic struck. The study, called REMAP-CAP, sought better treatments for severe pneumonia, but it was also designed to test therapies when that illness was caused by a new, pandemic respiratory infection. The trial has completed evaluations of 10 different COVID interventions, Webb says. It has shown, for instance, that hydrocortisone and the immune system modulators tocilizumab and sarilumab are helpful for certain categories of patients but that convalescent plasma and hydroxychloroquine are not.

APTs are more complex to plan and manage than traditional trials, and their statistical methods may baffle the average physician, but the fda has embraced the approach, and COVID has proved their utility. As for the old model of building a stadium for just one game, Berry says, “hopefully we will get to a day where people will laugh and say, ‘There’s no way that’s how it was done.’”