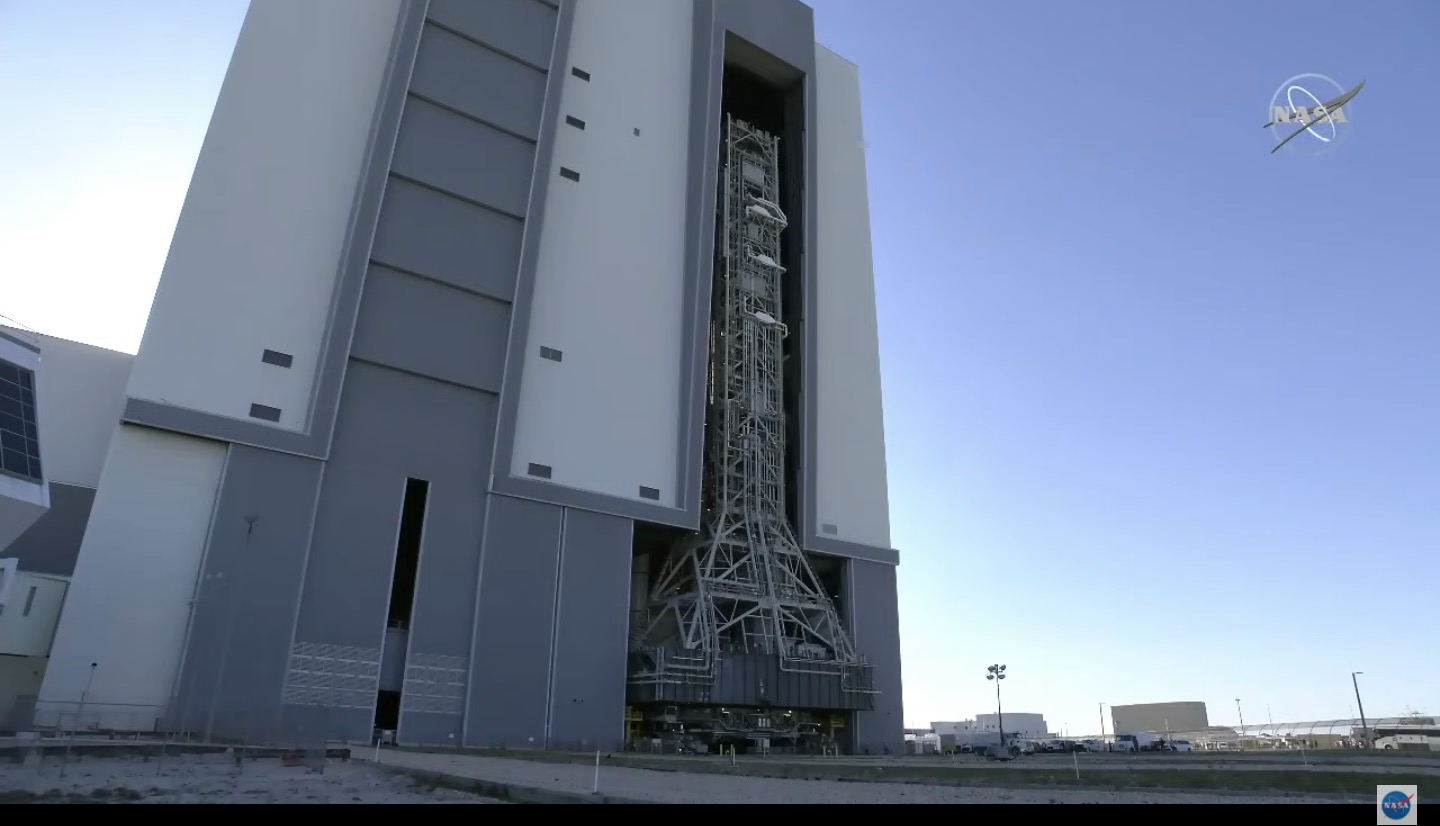 CAPE CANAVERAL, Florida — Watch it go! NASA’s Artemis 1 moon mission is on its way to the launch pad.

NASA’s iconic crawler-transporter 2 (CT-2, or “the crawler”) vehicle is on its way to Pad 39B here at NASA’s Kennedy Space Center (KSC), carrying the agency’s Space Launch System (SLS) megarocket and Orion spacecraft that will soon fly to the moon for the agency’s Artemis program.

SLS and Orion will slowly crawl toward the launch pad, where they will arrive in the early predawn hours tomorrow (March 18).

Once at the pad, the mission team will spend a couple of hours raising the rocket and spacecraft up into launch position. Technicians will then spend the next few weeks going through pre-launch testing — most importantly, a “wet dress rehearsal,” which will practice many of the launch-day procedures, including fueling of the SLS — before rolling the rocket-capsule stack back to the VAB.

Today’s rollout is an exciting and critical step toward launching Artemis 1, the first mission of NASA’s Artemis program. The roughly four-week Artemis 1 is an uncrewed moon mission that will send Orion on a trip far out from Earth, thousands of miles past the moon and then back to our home planet to test the space readiness and human spaceflight capabilities of both SLS and Orion.

Artemis 1 is currently set to launch no sooner than May. Between today’s rollout and launch, SLS and Orion will endure a variety testing to ensure their launch readiness, and the mission team will practice the steps leading up to liftoff.

Artemis 1 will be followed by Artemis 2, a crewed mission around the moon, in 2024 and Artemis 3, NASA’s first planned moon landing since 1972, which is set for no earlier than 2025.