Scientists in China say they have found the oldest flower bud in the fossil record, finally aligning the fossil evidence with the genetic data suggesting flowering plants, or angiosperms, evolved tens of millions of years earlier than we initially thought.

The team hopes their discovery will help “ease the pain” around a nagging, centuries-old mystery that Charles Darwin once called “abominable“.

If the oldest unambiguous fossil flower is no older than 130 million years old, then how come angiosperms began to dominate ecosystems just 20 to 30 million years later? How had they evolved such great diversity that quickly?

It was a puzzle that had bothered Darwin greatly, but he never found the answers he wanted. In the past few years, however, some crucial pieces have fallen into place.

In 2016, scientists in China announced the discovery of a “perfect flower” dating back to the Jurassic, more than 145 million years ago.

The fossilized plant, called Euanthus, not only had petals, but it also had sepals (the leafy bit at the base of a bud), as well male and female reproductive parts, including an ovary similar to modern flowers.

In 2018, another fossilized flower was found in China, and this one, called Nanjinganthus, was about 174 million years old. Like a modern flowering plant, its seeds were completely enclosed in an ovary.

Not all botanists, however, are convinced these are true angiosperms. Some argue these plants are too primitive to be considered flowers, while others think their structures are too complex for a gymnosperm, an older type of plant with unenclosed seeds and lacking a flower, like a conifer.

The new fossilized flower bud, found in China and dubbed Florigerminis jurassica, could be the transitional stage researchers have been looking for. It was found at a deposit dated more than 164 million years ago, and it’s still in excellent condition.

The plant’s stem is connected not only to a flower bud but also to a fruit and a leafy branch – a trio of data that is especially rare. Below, the arrow points to the flower bud, while the top right depicts the fruiting body, and the bottom right image shows the bud. 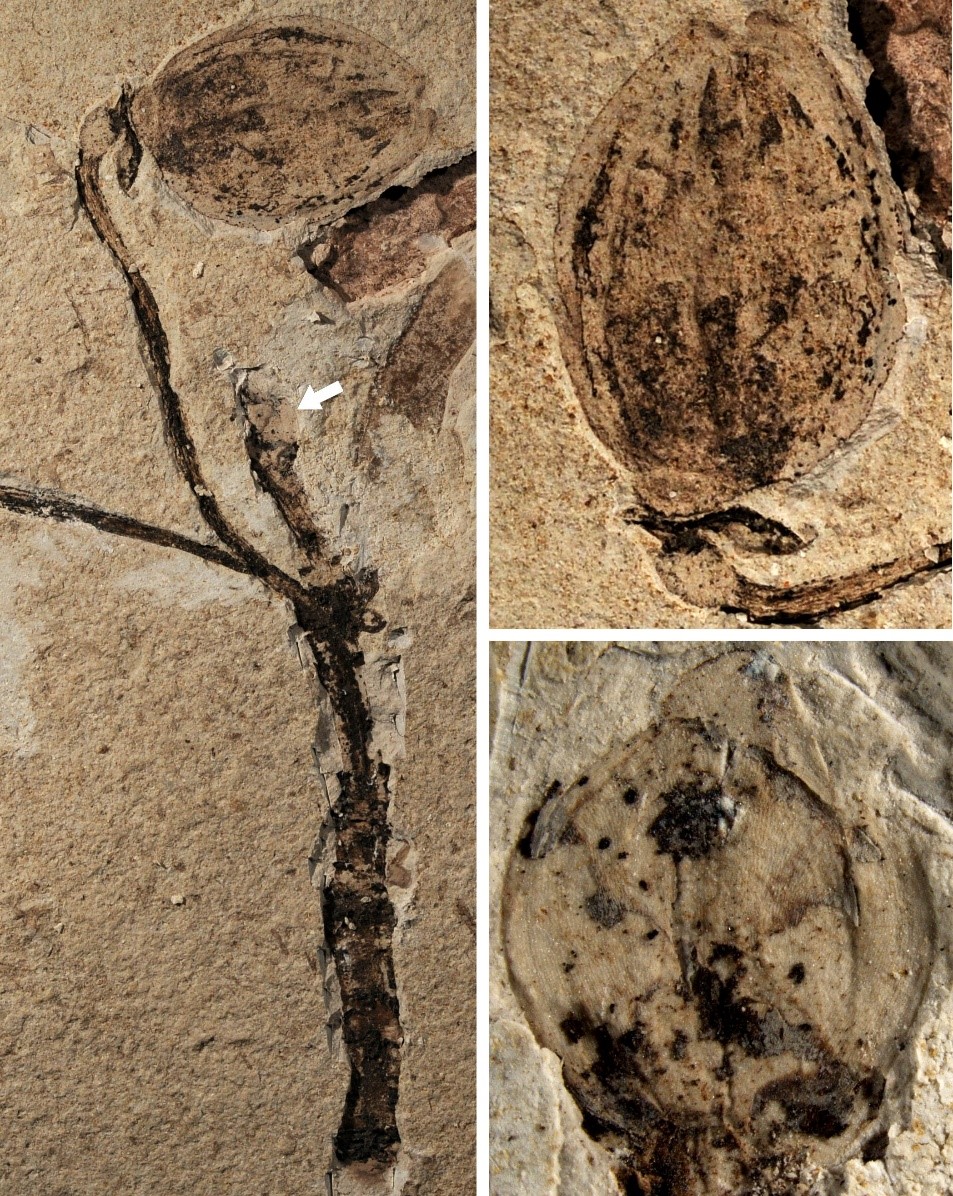 Because flowers are such delicate structures, they are notoriously difficult to find in fossils preceding the Cretaceous. Previous attempts to uncover the origin of flowering plants have been described as an “unbroken record of failure”.

F. jurassica is a one-of-a-kind discovery. Not even Nanjinganthus has been found with an intact flower bud, just a flower.

The fruit on F. jurassica adds even more support to the idea that this is, in fact, an early angiosperm, and not a gymnosperm.

No doubt, there will be some experts who disagree, but the authors think their results demand a “rethinking of angiosperm evolution”.

The study was published in Geological Society, London, Special Publications.