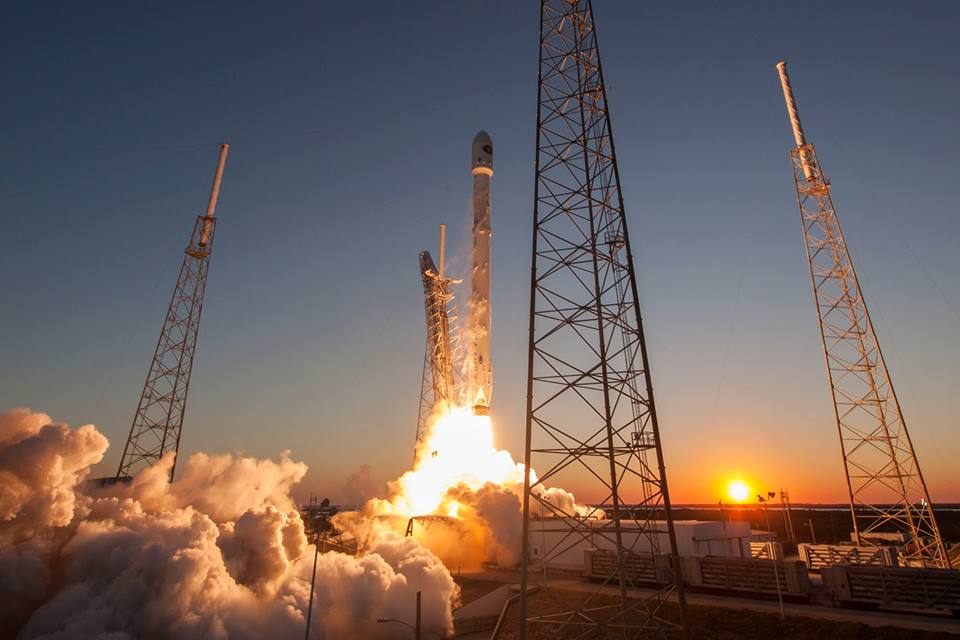 SpaceX will reach the surface of the moon a bit ahead of schedule, it turns out.

Elon Musk’s company is providing the landing system for the first crewed touchdown of NASA’s Artemis lunar exploration program, a milestone that the agency hopes to achieve in 2025. But a piece of SpaceX hardware will hit the gray dirt far sooner than that — in just five weeks or so.

Satellite trackers have determined that the upper stage of a SpaceX Falcon 9 rocket that launched in February 2015 will slam into the moon on March 4, Ars Technica’s Eric Berger reported on Monday (Jan. 24). The observers were led by Bill Gray, who runs Project Pluto, a company that supplies software to professional and amateur astronomers.

The rocket in question launched the Deep Space Climate Observatory (DSCOVR), a joint effort of the U.S. National Oceanic and Atmospheric Administration and NASA. DSCOVR studies our planet and the space weather environment from the Earth-sun Lagrange Point 1 (L1), a gravitationally stable spot about 930,000 miles (1.5 million kilometers) from Earth in the sunward direction. (NASA’s $10 billion James Webb Space Telescope just arrived at L2, which is 930,000 miles from Earth in the other direction, toward the orbit of Mars.)

SpaceX usually disposes of Falcon 9 upper stages after launch by sending them back into Earth’s atmosphere for a fiery death. (SpaceX famously lands and reuses the first stages of its Falcon 9 and Falcon Heavy rockets. But the company had yet to pull off a first-stage touchdown at the time of the DSCOVR launch; the first such success came in December 2015.)

The upper stage was so high after sending DSCOVR on its way, however, that it didn’t have enough fuel to return to its home planet, Berger wrote. So it’s been cruising through the Earth-moon system on a long and looping orbit for nearly seven years.

Its time is now nearly up. Gray, using data gathered by a variety of fellow observers, calculated that the stage will crash into the moon on March 4 at 7:25 a.m. EST (1225 GMT). The impact will occur on the lunar farside, at about 4.93 degrees north latitude and 233.20 degrees east longitude.

“At a guess, the above prediction may be wrong by a degree or two minutes from the predicted time,” Gray wrote in a blog post about the coming impact, citing the difficulty of modeling precisely how sunlight pressure moves a tumbling, cylindrical object such as a rocket stage.

“We’ll need (and I am confident will get) more observations in early February to refine the prediction; that will bring the uncertainty down greatly,” he added.

Because it will occur on the moon’s farside, the impact won’t be visible from Earth. But nailing down its time and location is still important, potentially allowing moon-orbiting spacecraft such as NASA’s Lunar Reconnaissance Orbiter (LRO) and India’s Chandrayaan 2 to study the resulting crater — “and, if we’re lucky, maybe image the impact,” Gray wrote.

Gray’s calculations have been confirmed by others in the know.

“For those asking: yes, an old Falcon 9 second stage left in high orbit in 2015 is going to hit the moon on March 4. It’s interesting, but not a big deal,” astronomer and satellite tracker Jonathan McDowell, of the Harvard-Smithsonian Center for Astrophysics in Cambridge, Massachusetts, wrote via Twitter on Tuesday (Jan. 25).

Objects “left in cislunar orbit are unstable — will eventually either hit the moon or the Earth or get perturbed to solar orbit,” he added in another tweet. (“Cislunar” refers to the region between the Earth and moon.)

The upcoming impact will be the “first example of a Regolith Unplanned Disassembly if orbital dynamics holds true,” SpaceX principal integration engineer John Insprucker tweeted on Monday, invoking the RUD acronym that Musk often uses to describe the destruction — or “rapid unplanned disassembly” — of a rocket during testing here on Earth.

Insprucker, who hosts many of SpaceX’s launch webcasts, clarified in a subsequent tweet that the upcoming impact will be the first lunar RUD for the company, not the first one overall. Indeed, many spacecraft have slammed into the moon unintentionally over the years. In 2019, for example, Israel’s Beresheet probe and the Chandrayaan 2 lander both crashed during their lunar touchdown attempts.

Related: The greatest moon crashes of all time

The Falcon 9 upper stage won’t be the first rocket body to hit the moon, either. NASA steered the upper stages of multiple Saturn V rockets into the moon during the Apollo program, for instance. And in 2009, the agency intentionally crashed the upper stage of the Atlas V rocket that launched LRO into a crater at the moon’s south pole.

The resulting impact blasted out significant amounts of water ice, suggesting that this resource is plentiful in the moon’s polar regions.

The Falcon 9 stage is headed for a relatively boring (by comparison) part of the moon, Gray wrote. But its impact could still yield interesting insights about lunar geology.

“We know the mass of an empty Falcon 9 booster [about 4 tons] and that it will hit at 2.58 km/s [5,700 mph, or 9,290 kph]; the known momentum and energy of the object making the crater ought to help in calibrating the crater size vs. energy function,” Gray wrote.