With an atmosphere acidic enough to strip the skin from your bones, Venus is far from what we might imagine as hospitable. But a new study backs up the idea that cocoons of life could potentially exist in the planet’s corrosive clouds.

Researchers have identified a chemical pathway through which the droplets of sulfuric acid lingering in the clouds of Venus could become neutralized – perhaps to the extent that life would be able to survive on this hostile world.

At the start of this chemical pathway is the biological production of ammonia, hints of which probes detected when passing by Venus in the 1970s. According to this new study, small amounts of ammonia could dissolve into the sulfuric acid droplets. This process would transform at least some of the acid into salts, turning the liquid drops into a slurry with a pH we know life can tolerate.

“As a result, the clouds are no more acidic than some extreme terrestrial environments that harbor life,” write the researchers in their published paper. “Life could be making its own environment on Venus.” 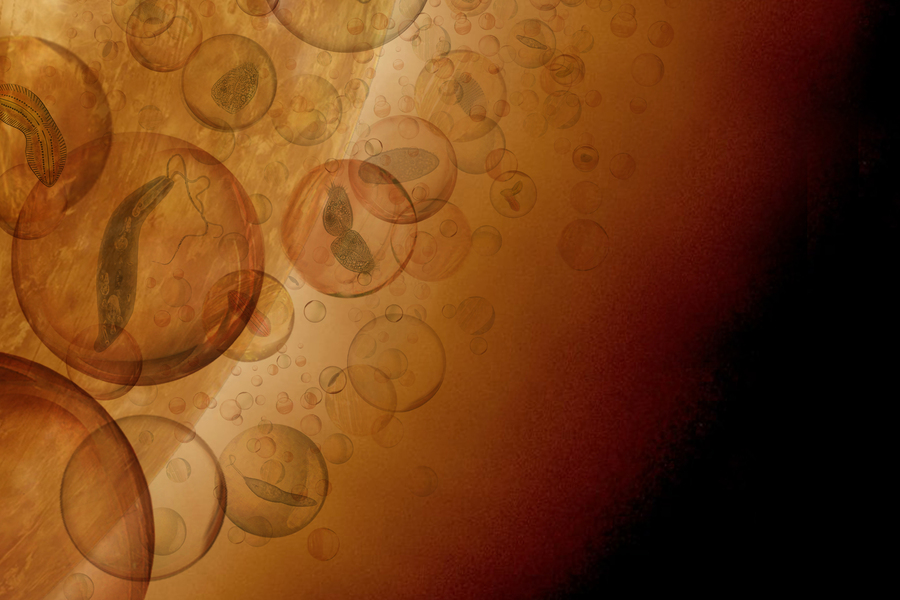 An illustration of hypothetical microbial life in the clouds of Venus. (J. Petkowska)

Ammonia shouldn’t occur in any significant amounts on Venus, given the limited hydrogen required would be competitively snapped up in other reactions. The researchers suggest that life might have chemical advantages to overcome this, accounting for the ammonia signal that we’ve recorded on Venus, among other anomalies.

These other anomalies include small concentrations of oxygen that shouldn’t be there, higher-than-expected levels of water vapor, and non-spherical particles that don’t match the round droplets of sulfuric acid. Chemical modeling in the lab confirmed that these strange occurrences could be explained by ammonia-producing life on Venus.

A similar sort of process happens in certain places on Earth, and indeed our own stomachs, where ammonia also has the role of neutralizing an acidic environment to make it more hospitable. On paper at least, it checks out.

Lightning, volcanic eruptions, and meteorite strikes are all other possible sources of ammonia on Venus, but according to the researchers’ calculations, they would not produce enough of the stuff. Biological life potentially could.

“No life that we know of could survive in the Venus droplets,” says planetary scientist Sara Seager from the Massachusetts Institute of Technology (MIT). “But the point is, maybe some life is there, and is modifying its environment so that it is livable.”

This is a long way from saying that there is life on Venus, but it’s an interesting hypothesis that fits the observations we have right now. What’s more, the researchers have put together a list of further checks that future Venus probe missions can make to test whether this new theory holds.

And this is by no means the only interesting discussion going on about Venus. There are suggestions that there might also be phosphine in the atmosphere – which, again, could hint at biological life – but we’re going to have to wait for a closer look at the planet to clear up a lot of these unknowns.

“Venus has lingering, unexplained atmospheric anomalies that are incredible,” says Seager. “It leaves room for the possibility of life.”