Archaeologists deep in the Jordanian desert have discovered a 9,000-year-old ritualistic complex near what is thought to be the earliest known large human-built structure worldwide.

The Stone Age shrine site, excavated last year, was used by gazelle hunters and features carved stone figures, an altar and a miniature model of a large-scale hunting trap.

The giant game traps the model represents – so-called “desert kites” – were made of long walls that converge to corral running gazelles into enclosures or holes for slaughter.

Similar structures of two or more stone walls, some several kilometers (miles) long, have been found in deserts across Saudi Arabia, Syria, Turkey, and Kazakhstan. 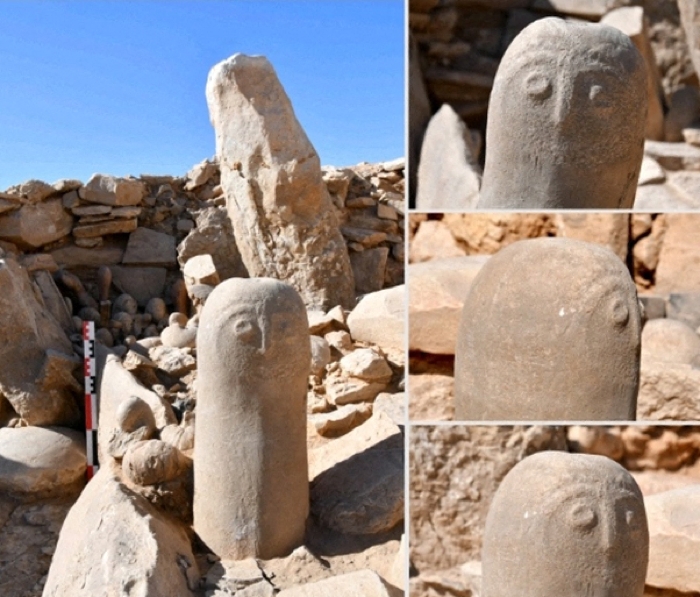 The nearby desert kites in Jibal al-Khashabiyeh are “the earliest large-scale human built structures worldwide known to date,” said a statement by the SEBA Project.

It hailed the “spectacular and unprecedented discovery” of the ritualistic site, believed to date to about 7000 BCE.

It featured two steles with anthropomorphic features, the taller one 1.12 meters high, other artifacts including animal figurines, flints, and some 150 arranged marine fossils. 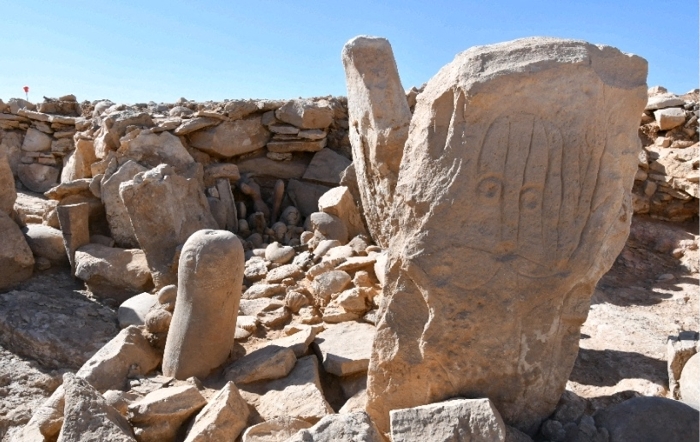 The wider, decade-old research project aims to study “the first pastoral nomadic societies, as well as the evolution of specialized subsistence strategies”.

The sacral symbolism was most likely meant “to invoke the supranatural forces for successful hunts and abundance of prey to capture,” it said.

The teams of researchers have also found campsites with circular dwellings and large numbers of gazelle bones. 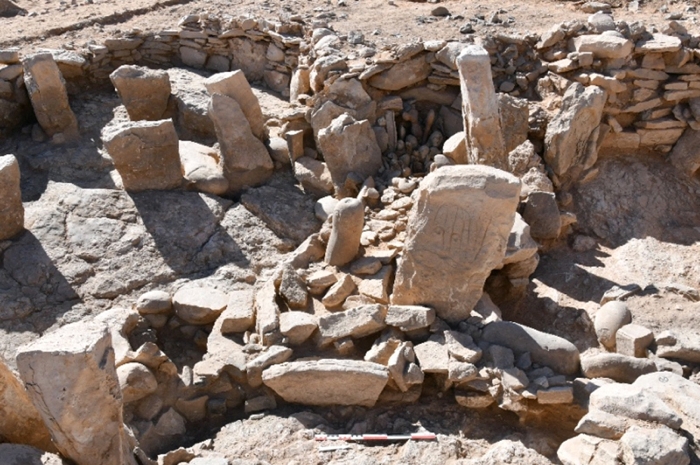 The project is a collaboration of Jordan’s Al Hussein Bin Talal University and the French Institute of the Near East.

French ambassador Veronique Vouland-Aneini hailed the “outcome for both the scientific world and Jordan”, saying “it provides us with a priceless testimony of the historical life in the Middle East, its traditions and rituals”.