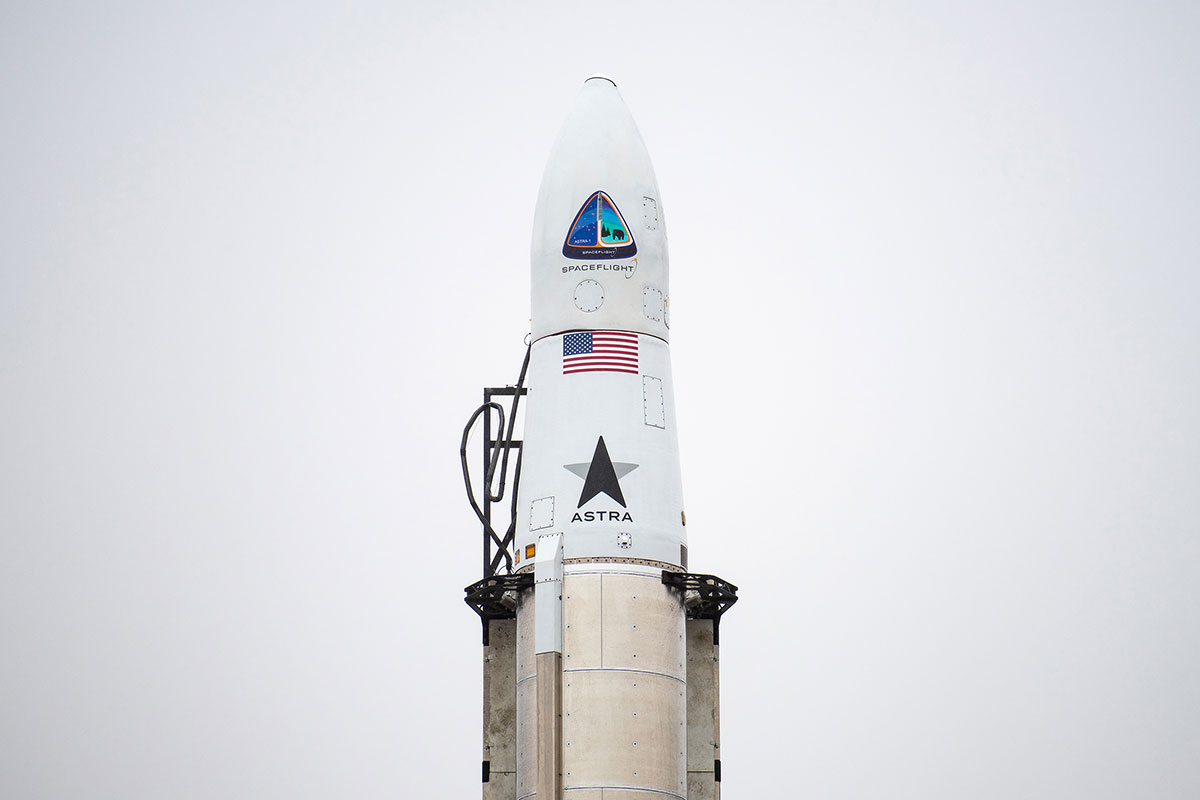 The private spaceflight startup Astra on Monday called off its first attempt to launch a rocket since a failed flight last month due to the risk of lightning at its Alaska liftoff site.

Astra scrubbed the attempted launch of its Astra-1 mission Monday (March 14) at Pad LP-3B at the Pacific Spaceport Complex on Alaska’s Kodiak Island after the foul weather thwarted a liftoff during a 27-minute window that opened at 12:22 p.m. EDT (9:22 a.m. PDT/1622 GMT). The next launch attempt is set for Tuesday, March 15, at the same time.

You can watch Astra’s planned launch live here, courtesy of Astra and NASA Spaceflight, beginning at about 11:30 a.m. EDT (1530 GMT). You can also watch it directly from Astra’s livestream page here.

The Astra-1 mission will launch Astra’s LV0009 Rocket 3 vehicle, which is carrying three payloads for customer Spaceflight Inc. Those include the S4 Crossover technology demonstrator for company NearSpace Launch, which will remain attached to Astra’s Rocket 3 upper stage and test hardware for a host platform to support a variety of payloads in the future. Astra-1 will also launch the Portland State Aerospace Society’s OreSat0 cubesat, a small satellite built by students at Portland State University in Oregon that will be used to refine designs for a follow-on cubesat to study cirrus clouds for climate research.

The upcoming launch is the first of three planned flights for Spaceflight Inc. through 2025 by Astra under a deal announced by the company on Monday.

Astra-1 is also Astra’s first flight since the company’s LV0008 Rocket failed to reach orbit on Feb. 10 while launching a mission for NASA’s Educational Launch of Nanosatellites (ELaNa) initiative. It was the company’s first attempted launch from a new pad in Florida at the Cape Canaveral Space Force Station.

Astra traced the failure to the 43-foot-tall (13 meters) Rocket 3 booster’s payload fairing (its nose cone) and a software issue related to the vehicle’s upper stage engine thrust vector control. Those issues were apparently resolved for the LV0009’s Rocket, leading to Monday’s launch attempt.