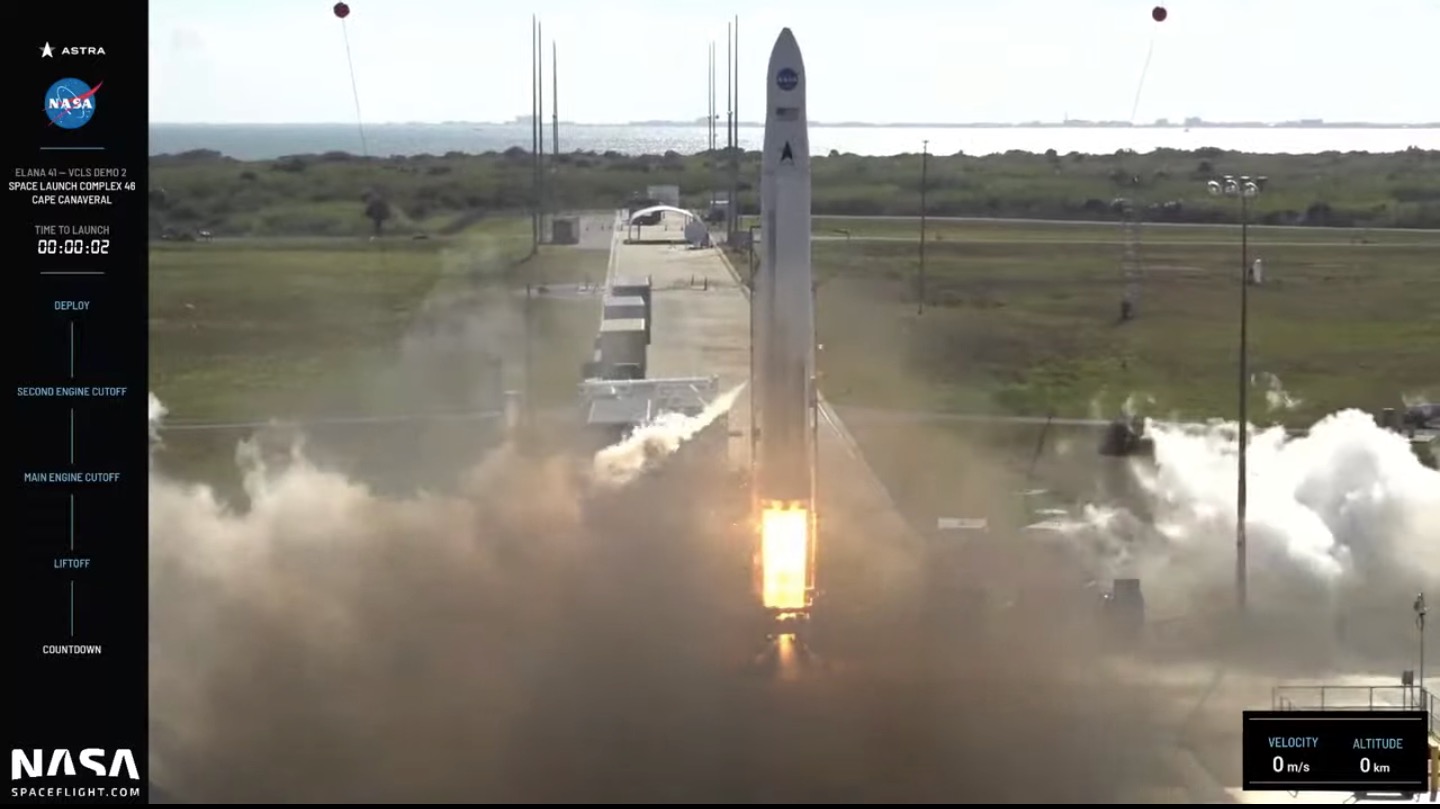 Astra thinks it knows what went wrong during last month’s failed flight, which was the company’s first-ever mission with operational payloads onboard.

The 43-foot-tall (13 meters) LV0008 performed well initially but ran into trouble shortly after stage separation, about three minutes into the flight. At this point, a camera on the rocket showed the upper stage begin to tumble. LV0008 was unable to recover from this off-nominal situation, resulting in the end of the mission and the loss of the satellites.

Astra has been investigating the anomaly for nearly a month now, and the Bay Area company has reached some preliminary conclusions. Investigators have determined that two things went wrong during the Feb. 10 flight, Andrew Griggs, senior director of mission management and assurance at Astra, wrote in a blog post on Sunday (March 6).

“The separation mechanisms (our fairing has five of these) were fired in an incorrect order, which resulted in off-nominal movement of the fairing that caused an electrical disconnection,” Griggs wrote. “Due to the disconnection, the last separation mechanism never received its command to open, which prevented the fairing from separating completely before upper-stage ignition.”

The firing order was wrong because an engineering diagram had been drawn incorrectly, Griggs added.

The second problem was a software issue that prevented LV0008’s upper stage engine from using its thrust vector control system, which allows the engine to alter how its thrust is directed. That led to the tumbling and, ultimately, to the end of the mission, Griggs wrote.

Astra has pinpointed the root cause of the software issue, he added. And the investigation has also revealed that Astra’s flight control software was vulnerable to a specific type of “packet loss” failure — the failure of certain types of data to reach their destination.

“A missed series of signals resulted in a chain of events, resulting in the upper stage’s inability to recover from its tumble,” Griggs wrote. “Although we had designed our software suite to be resilient to packet loss, an unlikely combination of factors caused a failure that we didn’t predict. We have been able to use our hardware-in-the-loop simulator to step through exactly what happened and diagnose the root cause with high confidence.”

Astra has corrected the errant engineering diagram and upgraded its software to eliminate the failure mode seen on LV0008’s flight, Griggs added. He stressed, however, that these findings and fixes are preliminary; the U.S. Federal Aviation Administration, which is overseeing the anomaly investigation, still needs to approve the resulting report. Once that happens, Astra aims to return to flight soon.

The Feb. 10 launch was Astra’s fifth-ever orbital mission, and its first from the contiguous United States. The company had previously launched four test flights from the Pacific Spaceport Complex on Alaska’s Kodiak Island. On the most recent of those Alaska missions, which launched in November, Astra’s LV0007 succeeded in reaching orbit with a dummy payload.