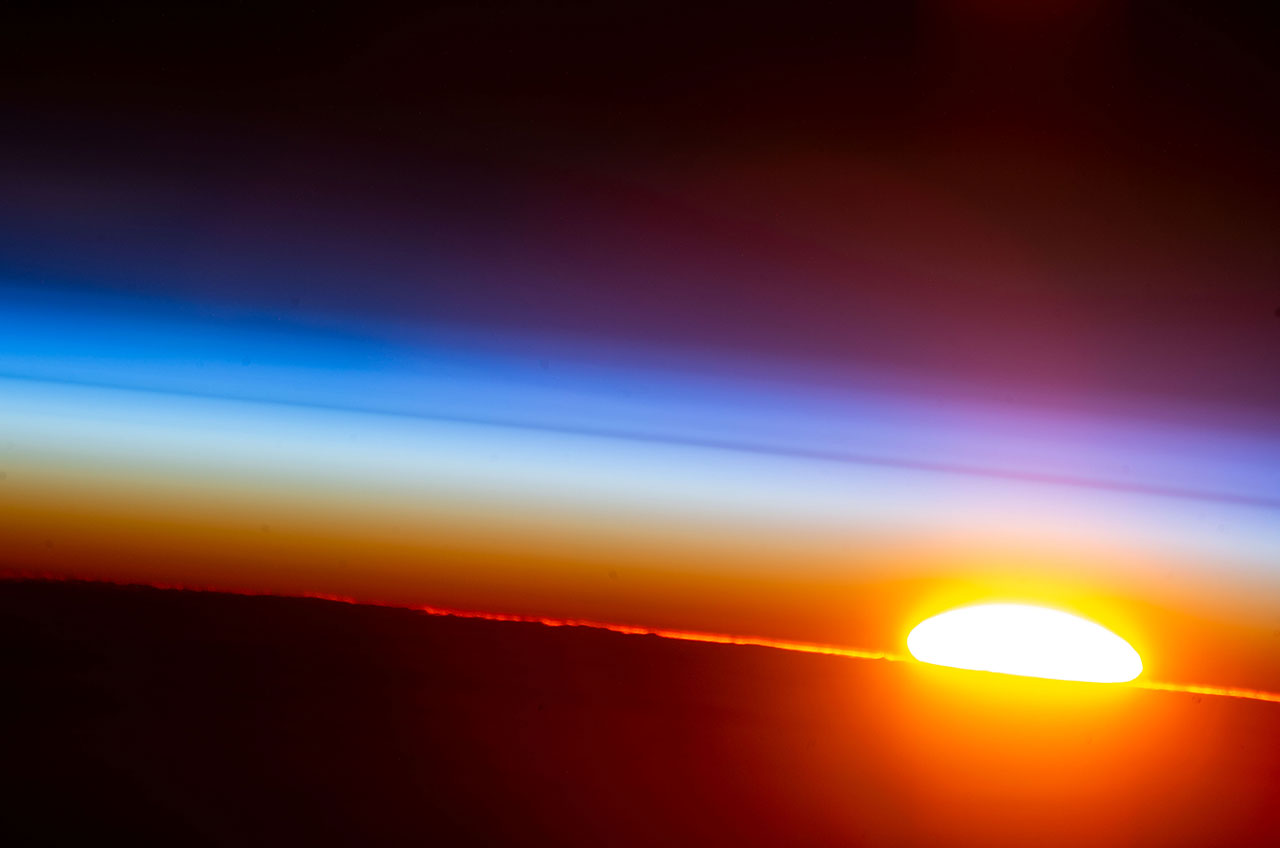 The astronauts and cosmonauts aboard the International Space Station are marking the New Year, becoming only the 37th crew in history to be in space as Earth begins another revolution around the Sun.

Just before the New Year, the crew celebrated together with a traditional  Saarland dinner hosted by Maurer, who is from Germany.

“I wish you all a happy new year & all the best for 2022! Cosmic greetings & #Cosmic Kisses,” Maurer wrote on Twitter alongside a time-lapse video of the dinner. “See you all next year!”

Related: 7 things the International Space Station taught us in 2021

“It is a privilege to have the perspective of seeing so many countries,” said Marsburn in a NASA video sharing his thoughts about spending the New Year in space. “We can go from one side [of Earth] to another in just a few minutes and it truly gives us a feeling of unification for all human beings around the world.”

“We get to see the sunrise many times a day, so thinking about the fact that people are waking up to a New Year each time we see that sunrise is pretty cool,” added Chari.

Just in time for New Year’s Eve & the next big dinner for many, here’s a little time-lapse of the special Saarland dinner we enjoyed aboard the @Space_Station 😋🍴 I wish you all a happy new year & all the best for 2022! Cosmic greetings & #CosmicKisses. See you all next year!🎆 pic.twitter.com/H6OCx76U9cDecember 31, 2021

Traveling at 17,500 mph (28,000 km/h) at 260 miles (418 km) above Earth, the space station’s crew experience 16 sunrises and 16 sunsets each day. The crew observes Greenwich Mean Time (GMT) aboard the orbiting outpost, so their strike of midnight took place 5 hours before the ball dropped in Times Square in New York City.

“I am looking forward to the next year,” said Matthias. “All the science that we want to run here, all the experiments that will be a splendid start to the New Year!”

The Expedition 66 crew are the 22nd contingent to celebrate the New Year on the International Space Station. For the first time, though, they are not the only crew celebrating in space.

Elsewhere in Earth orbit, the three members of China’s Shenzhou 13 mission, Zhai Zhigang, Wang Yaping and Ye Guangfu, are marking the day aboard their country’s burgeoning Tiangong space station. The Chinese space station is expected to be completed in 2022.

In addition to the one Chinese crew and 22 International Space Station expeditions, 12 crews aboard the former Russian space station Mir and one crew aboard Skylab, the United States’ first orbital workshop, were off Earth for New Year’s.