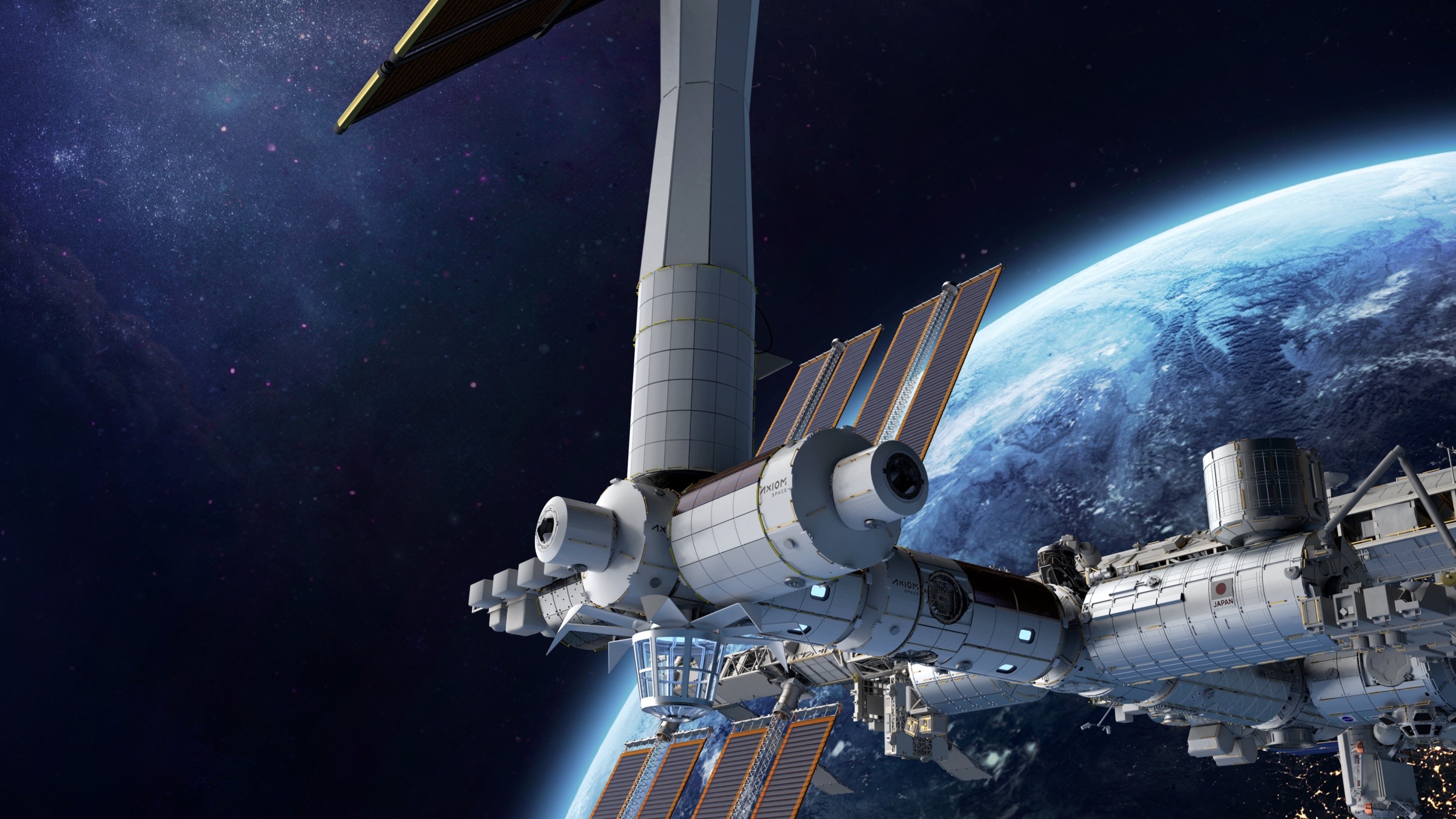 The Houston-based company, which was founded in 2016, aims to build and operate its own space station in low Earth orbit (LEO) in the coming years. And Axiom has inked deals with SpaceX to fly multiple tourist missions to the International Space Station (ISS), the first of which is set to launch in late February 2022.

Such projects are part of a grander plan to help humanity extend its footprint beyond its home planet.

“Axiom’s vision of a thriving home in space is about facilitating breakthroughs and perspectives that benefit every human, everywhere — and we provide universal access to low Earth orbit so that innovators, governments and individuals can do the same,” the company’s website reads.

Related: Private space stations are coming. Will they be better than their predecessors?

A bevy of high-profile aerospace pros are crafting that vision and working to make it a reality. For example, Axiom’s co-founder, president and CEO is Mike Suffredini, who served as NASA’s ISS program manager from 2005 to 2015.

López-Alegría and Whitson may have retired from NASA, but they aren’t done flying, as you’ll see below.

Axiom is taking a stepwise approach to the operation of its commercial space station. The company will launch multiple modules to the ISS; this private hardware will eventually detach and become a free-flying outpost.

The first of these Axiom pieces is scheduled to go up in September 2024. Three additional modules will follow by the end of 2027, if all goes according to plan.

“With the delivery of the fourth module, Axiom Station will have the capability to be independent of the ISS and can then separate to become an independent, next-generation space station with upgraded crew quarters, increased payload capacity and a dedicated manufacturing and research lab module,” Axiom chief technology officer Matt Ondler told Space.com recently.

“This timeline supports the current planned end of ISS life, so there should be a seamless transition with no gaps in human continuous presence in LEO,” he said.

Though the ISS is officially approved to operate only through the end of 2024, an extension to 2030 is widely expected. President Joe Biden recently committed to this new timeline, but the other ISS partners — for example, the European Space Agency, the Canadian Space Agency, the Japan Aerospace Exploration Agency and Russia’s federal space corporation, Roscosmos — need to sign on as well.

Axiom Station and other commercial outposts in LEO — and there are others in the works — should create new opportunities for microgravity research, product development, tourism and manufacturing, among other activities, Ondler said.

“A commercial space station also offers cost-saving opportunities for agencies like NASA to conduct fundamental space science research and prepare astronauts for longer missions to the moon, and on to Mars, without the financial burden of maintaining a LEO station,” he said.

Related: Weightlessness and its effects on astronauts

Axiom doesn’t plan to wait until 2024 to get to space, however. The company has already booked four astronaut missions to the ISS aboard SpaceX Falcon 9 rockets and Crew Dragon capsules, and the first, known as Ax-1, is scheduled to lift off on Feb. 28.

The eight-day Ax-1 mission will be commanded by López-Alegría. He’ll fly with three paying customers, each of whom reportedly paid $55 million for the experience and has undergone extensive training with Axiom: American Larry Connor, Canadian Mark Pathy and Israeli Eytan Stibbe.

Whitson, who has spent more time in space than any other American, will lead Axiom’s second crewed flight, Ax-2. To date, Axiom has revealed the name of just one of her three crewmates — American auto racer, pilot and investor John Shoffner. Ax-2 will launch between fall 2022 and spring 2023, and it’s expected to spend no more than 14 days aloft.

NASA has greenlit both Ax-1 and Ax-2. The two other missions, Ax-3 and Ax-4, have yet to get the agency’s official stamp of approval, but there’s little reason to doubt that will happen as their launch dates get closer. After all, NASA has repeatedly stressed that the commercialization of LEO is a key agency priority.

Axiom has other projects in the works as well. For example, the company is developing its own spacesuits, which will be capable of supporting astronauts during spacewalks. Axiom aims to have the suits ready by 2024 and make them available to potential customers such as NASA. The company plans to use the suits on its own space station-building missions as well.

Axiom also offers advice and services to nations that want to build a human spaceflight capability.

“Beyond the mission, Axiom can assist in organizing in-country training infrastructure, strategic engagement with industry, and interrelations with other government agencies — the fundamentals of a fruitful, indigenous human spaceflight program,” the company’s website states.

You can learn more about Axiom and its plans at the company’s website.

As noted above, Axiom Station isn’t the only private orbiting outpost currently in the works. For example, teams led by Northop Grumman, Blue Origin and Nanoracks are developing their own LEO stations, all of which are targeted to be up and running in the late 2020s or thereabouts. You can read more about each of these projects in our feature story and via the companies. Northrop Grumman has a description of its team’s plans here, Blue Origin and Sierra Space outline their “Orbital Reef” concept here, and Nanoracks lays out its plans for the “Starlab” station here.

Those three teams are splitting $415 million in NASA money to develop their concepts. To learn more about how NASA is working to spur the orbital economy, go to the agency’s Low Earth Economy website.