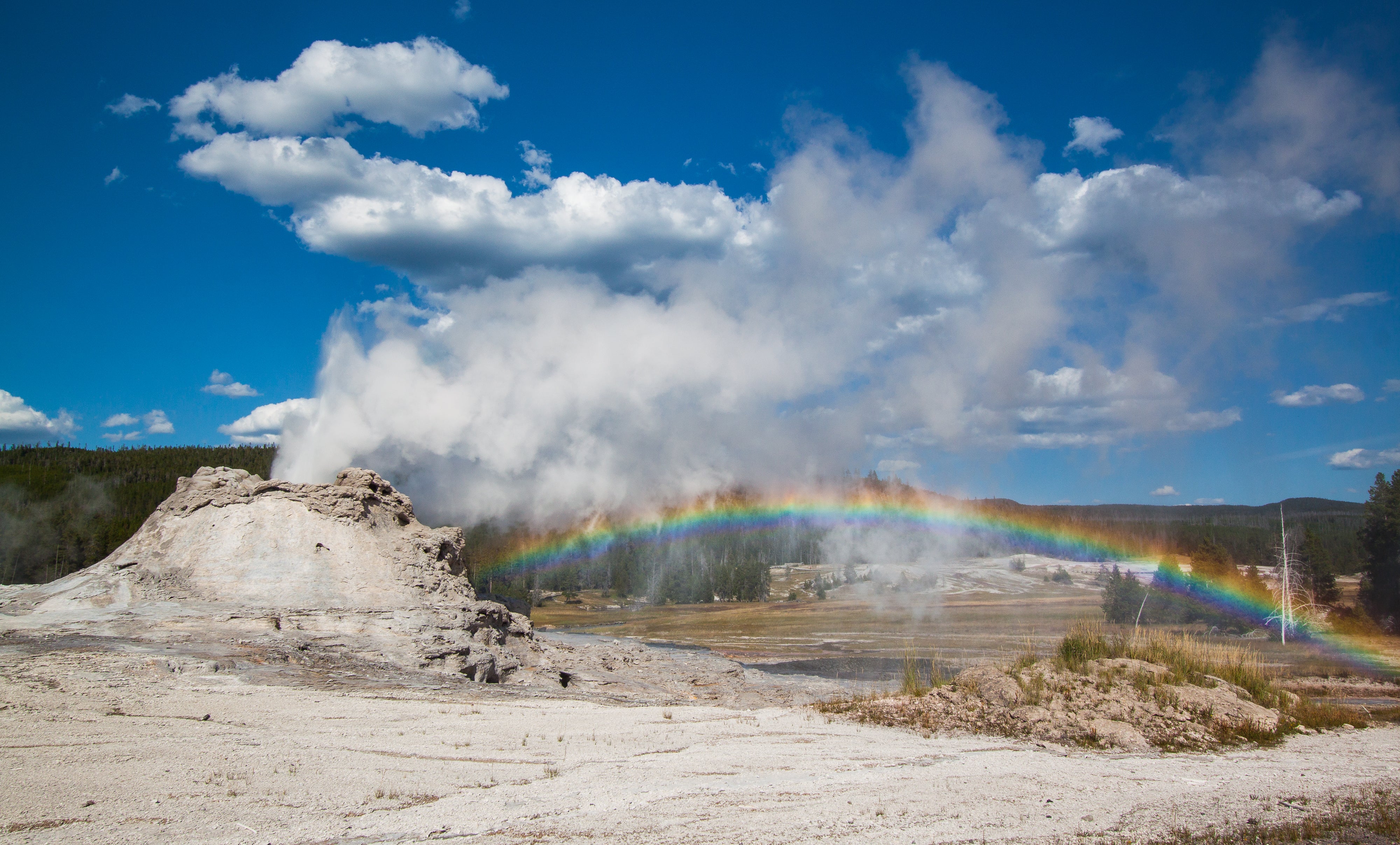 In 1972, long before conversations about diversity, equity and inclusion became commonplace, the Geological Society of America (GSA) held its first National Conference on Minority Participation in Earth Sciences and Mineral Engineering, where the first formal conversation about the lack of gender, racial and ethnic diversity in geosciences took place. Geoscience was, and continues to be, predominantly white and male: in 2016, 85 percent of geoscience Ph.D.s were awarded to white non-Hispanic candidates, and 55 percent were male.

One of us is a scientist and also an LGBT person of color who does not feel fully integrated in the geoscience community. The other is an ally committed to respecting, understanding and supporting LGBTQIA+ people and issues. Together we believe that geoscience has far to go to achieve true diversity, equity and inclusion. The field can start with members simply understanding and using people’s preferred pronouns, and together we can move toward open acceptance and celebration of sexual orientation and gender identity within our ranks.

One of the challenges facing geoscience in becoming more inclusive to LGBTQIA+ scientists is that sexual orientation and gender identity are not typically visually identifiable characteristics. For someone within the LGBTQIA+ community, disclosing their status is a personal choice. Because of this and several other factors, data around LGBTQIA+ representation in geoscience are hard to come by. The predominance of heterosexism and a significant lack of LGBT role models and peers means geoscientists and students often struggle with whether to reveal their identity. Questions of diversity, equity and inclusion for LGBTQIA+ people are widely seen as peripheral, if not irrelevant, to the work of geoscience. All these factors make LGBTQIA+ geoscientists feel invisible; many feel that their work isn’t being seen.

Some have feared for their safety, as well as worried about being discriminated against or being dismissed from their jobs. The fear for safety is not unfounded; a 2019 survey found that a significant portion of geoscientists identifying across the spectrum of LGBTQIA+ have felt unsafe in their workplaces or in fieldwork, with as many as one third refusing to do fieldwork because of related safety issues. On top of that, until June 2020, it was still legal in over half of U.S. states for someone to be fired for their sexual orientation. Likewise, prejudice and implicit bias among institutional gatekeepers ensure that LGBTQIA+ students and scientists continue to struggle to gain equitable footholds in highly competitive arenas, including field-, platform- and ship-based projects and internships, grants, and departmental chair and leadership positions in geoscience. When department heads, hiring managers or funding agents hold, either openly or implicitly, attitudes and prejudices against LGBTQIA+ people, it undermines both the scientist and the scientific endeavor by limiting vital ideas, perspectives and experiences.

Geoscience is facing a crisis: between 30 and 50 percent of its scientists have considered leaving the discipline.  Given that there has been recognition since the 1970s that diversity is important for the success of the field, continuing as a monoculture will continue to limit critical fields of scientific inquiry, even as concerns like energy and environmental crises continue to press for ever greater innovation and breakthrough. Increasing LGBTQIA+ representation can bridge some of this diversity gap, but it requires tangible, urgent steps. Here are three important actions that we believe must occur.

First, we must normalize respect for individual personal identity, including sexual orientation and gender identity. Where people do not readily see themselves represented in their field, they feel unwelcomed and unable to be open about their personal identity and are more likely to leave. Though public support for LGBTQIA+ rights in the U.S. has as much as doubled since the 1970s when GSA held its first diversity conversations, this hasn’t translated into similar improvements in geoscience. The lack of diverse viewpoints and experiences in the day-to-day practice of science is detrimental to the innovative and high-quality teamwork proven to be a product of diversity initiatives. Diverse groups have access to a wider variety of perspectives, ideas and problem-solving approaches and process information more deeply, whereas homogenous groups face groupthink, narrow-mindedness and overconfidence, resulting in biased decision making.

Leadership consistently using the inclusive acronym “LGBTQIA+” with specificity in their language and gender pronouns is critical in elevating and normalizing such voices, as well as alleviating fear of discrimination, harassment or assault. Welcoming and consistently using a person’s preferred pronouns, which is rare among geoscientists, can help remove a sense of “otherness” among individuals whose identities have long been misunderstood.

Next, leaders in this field can endorse and support mentor-mentee relationships between LGBTQIA+ geoscientists to support expansion of our voices. Such mentoring provides resources and demonstrates institutional commitment to diversity, equity and inclusion, and can help prevent discrimination and harassment. This acknowledgement and support can also help generate the kind of security and self-confidence that leads to more productive research and increased innovation.

Finally, institutions housing geoscience must develop outreach programs to demonstrate that this field is an equitable and inclusive space for LGBTQIA+ scientists. This is critical to solidifying geoscience as a competitive field in which diverse human perspectives drive the highest levels of scientific inquiry. Active recruitment of LGBTQIA+ researchers at all levels can send encouraging signs to other LGBTQIA+ scientists to apply to academic programs and jobs in geoscience. Outreach should extend to underrepresented minority high school students, including LGBTQIA+ youth, to encourage pursuit of geosciences as a career. To similar ends, institutions can codify LGBTQIA+ inclusion as part of organizational culture by honoring an “LGBTQIA+ Geoscience Day” and supporting LGBTQIA+ resource centers.

Through representation we send messages about what and who is accepted, welcomed and valued in our society and institutions. Personal characteristics like race, culture, gender identity and sexual orientation impact how individuals see the world, and to that end, how they do science. It is these diverse perspectives that drive success, and geoscience today finds itself at a tipping point.

With ever greater need for innovation and scientific solutions, coupled with acute impacts of the COVID-19 pandemic, geoscience is in immediate need of a robust, innovative scientific community that values and harnesses the diverse perspectives and experiences of all sectors of our population, including LGBTQIA+.

In a 1989 speech, Clyde Wahrhaftig, GSA’s first chair of a committee on Minority Participation in the Earth Sciences, noted that as a member of the LGBTQIA+ community, he lived most of his life maintaining the invisibility that in his lifetime was essential for survival as an LGBTQIA+ person. We hope as he did, that his words and his life would “contribute in some small way to the creation of a society with a sufficiently intelligent, open and compassionate attitude toward sexuality.”

Acknowledgements: The authors thank Lindsey Henderson, Christopher Katis and Shashank Tandon, for their open feedback on LGBTQIA+ representation in STEM.