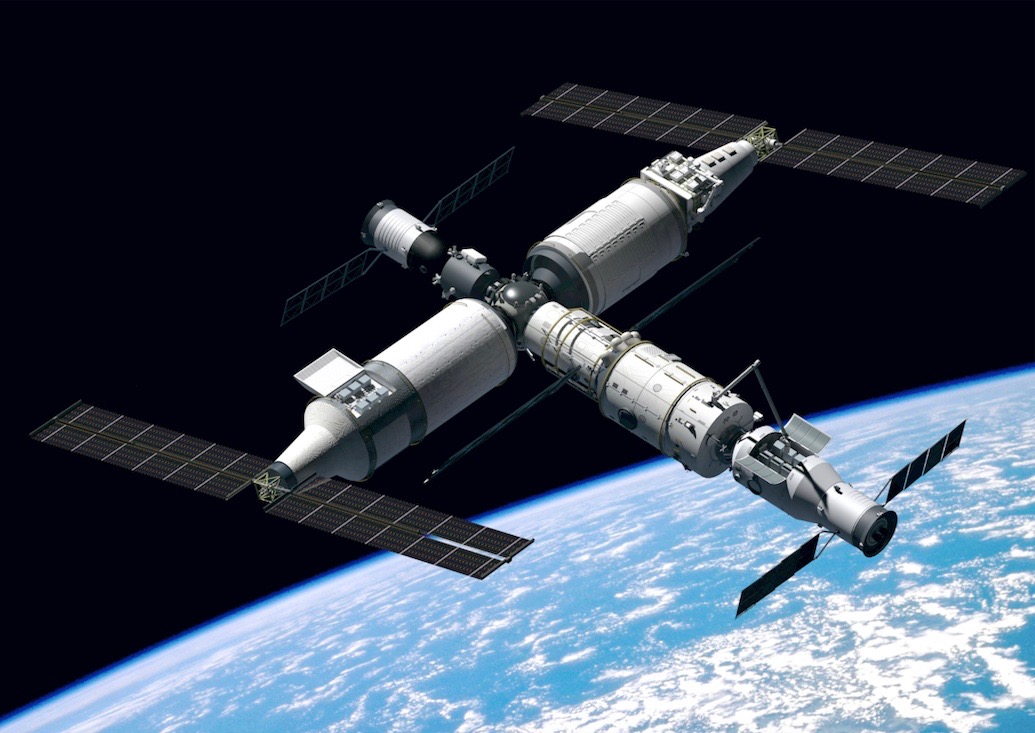 China’s next five years in space may be even busier than the previous five.

On Friday (Jan. 28), the nation released a white paper outlining its plans and priorities for the next half-decade of spaceflight and exploration. China has achieved a great deal in the final frontier recently, from returning moon samples to Earth to starting the assembly of a space station, and the document makes clear that the country plans to build on those successes.

“In the next five years, China will integrate space science, technology and applications while pursuing the new development philosophy, building a new development model and meeting the requirements for high-quality development,” states the white paper, which is called “China’s Space Program: A 2021 Perspective.”

“It will start a new journey towards [becoming] a space power,” the document’s authors write. “The space industry will contribute more to China’s growth as a whole, to global consensus and common effort with regard to outer space exploration and utilization and to human progress.”

China launched 207 space missions from 2016 to December 2021, the white paper notes. That’s an impressive tally, but the nation is not content with its current stable of launch vehicles.

China launched Tianhe, the core module of its new space station, in April 2021 and sent two three-astronaut missions to the orbiting lab shortly thereafter, one in June and the other in October. The country plans to finish building the station this year, a task that will entail the launch of two other modules, known as Mengtian and Wentian.

In addition, China is building a space telescope called Xuntian, which will launch to the same orbit as the space station and dock with it periodically.

Xuntian will launch within the next five years, the new document states. And the space station will get quite a workout during that stretch; astronauts will live there on “long-term assignments,” conducting a variety of research and maintenance activities.

China also aims to put boots on the moon in the relatively near future, a bold goal that will get serious attention over the next five years. Over the next half-decade, China will “continue studies and research on the plan for a human lunar landing, develop new-generation manned spacecraft and research key technologies to lay a foundation for exploring and developing cislunar space,” the white paper states.

In January 2019, China’s robotic Chang’e 4 mission became the first ever to ace a soft landing on the moon’s far side. In December 2020, Chang’e 5 brought pristine lunar samples back to the Earth, the first time that had been done since the 1970s. And in February 2021, China’s first fully homegrown interplanetary mission, Tianwen 1, slipped into orbit around Mars. In May of that year, a rover called Zhurong separated from the Tianwen 1 orbiter and landed successfully on the Red Planet.

China intends to notch more robotic exploration successes over the next five years. According to the white paper, over this stretch, the nation will launch the Chang’e 6 sample-return mission to a lunar polar region; launch Chang’e 7 “to perform a precise landing in the moon’s polar regions and a hopping detection [of water ice, presumably] in lunar shadowed area;” and finish research and development on important technologies for Chang’e 8, which is designed to help lay the foundation for a lunar research outpost. (Chang’e 6 and Chang’e 7 are both targeted for the mid-2020s, and Chang’e 7 will likely lift off first.)

China will also launch a mission (called ZhengHe) that will both return samples from an asteroid and study a comet up close, according to the document. And there’s more.

Over the next five years, the nation will also “complete key technological research on Mars sampling and return, exploration of the Jupiter system and so forth,” as well as “study plans for boundary exploration of the solar system,” the white paper states.

“Boundary exploration” is an apparent reference to a mission that would send twin probes to the edge of the heliosphere — the huge bubble of charged particles that the sun blows around itself — and beyond, into interstellar space. China aims to launch that mission in the mid-2020s, according to SpaceNews.

“China’s Space Program: A 2021 Perspective” is the fifth five-year space exploration plan that China has published, following similar releases in 2000, 2006, 2011 and 2016. You can read the new document in English here.