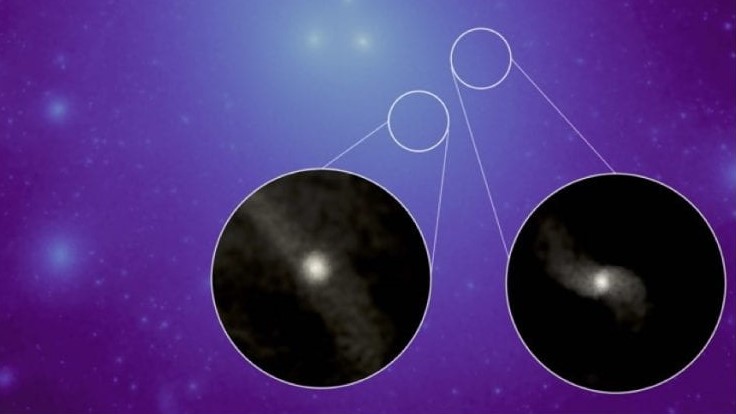 Scientists from the University of California, Irvine and Pomona College used computer models to simulate the evolution of a corner of the universe about 60 million light-years across. The new computer models, which weren’t designed to do so, created seven galaxies deprived of dark matter, a sight that had previously puzzled scientists. The strange simulations arose after near-collisions with massive neighboring galaxies, according to a statement from the University of California, Irvine.

Dark matter is the invisible stuff that makes up to 85% of all matter in the universe. Astronomers can’t study it directly, but believe it must exist to make sense of the behavior of stars, planets and galaxies. Therefore, in a universe full of dark matter, the new computer simulations help explain how some galaxies might lose this vital material.

The recent study follows earlier observations made in 2018 by Shany Danieli, co-author of the latest study and currently an astrophysicist at Princeton University. Those observations showed two galaxies that appeared to be missing most of their dark matter — something once thought impossible, according to the statement.

“It’s been established for the last 40 years that galaxies have dark matter,” Jorge Moreno, lead author of the study and an astronomer at Pomona College, said in the statement. “In particular, low-mass galaxies tend to have significantly higher dark matter fractions, making Danieli’s finding quite surprising. For many of us, this meant that our current understanding of how dark matter helps galaxies grow needed an urgent revision.”

As it turns out, near-collisions between neighboring galaxies can result in cosmic robbery, where the smaller galaxy is left with only stars and some residual dark matter.

“This theoretical work shows that dark matter-deficient galaxies should be very common, especially in the vicinity of massive galaxies,” Robert Feldmann, an astrophysicist at the University of Zurich who designed the new simulations, said in the statement.

“I feel a personal connection to these galaxies,” Moreno, who has indigenous roots, said in the statement, adding that much like these galactic collisions, “many people of indigenous ancestry were stripped of our culture. But our core remains, and we are still thriving.”

Next, the researchers hope to find real-world massive galaxies in the process of stripping dark matter from their smaller neighbors, according to the statement.

The findings were published Monday (Feb. 14) in the journal Nature Astronomy.