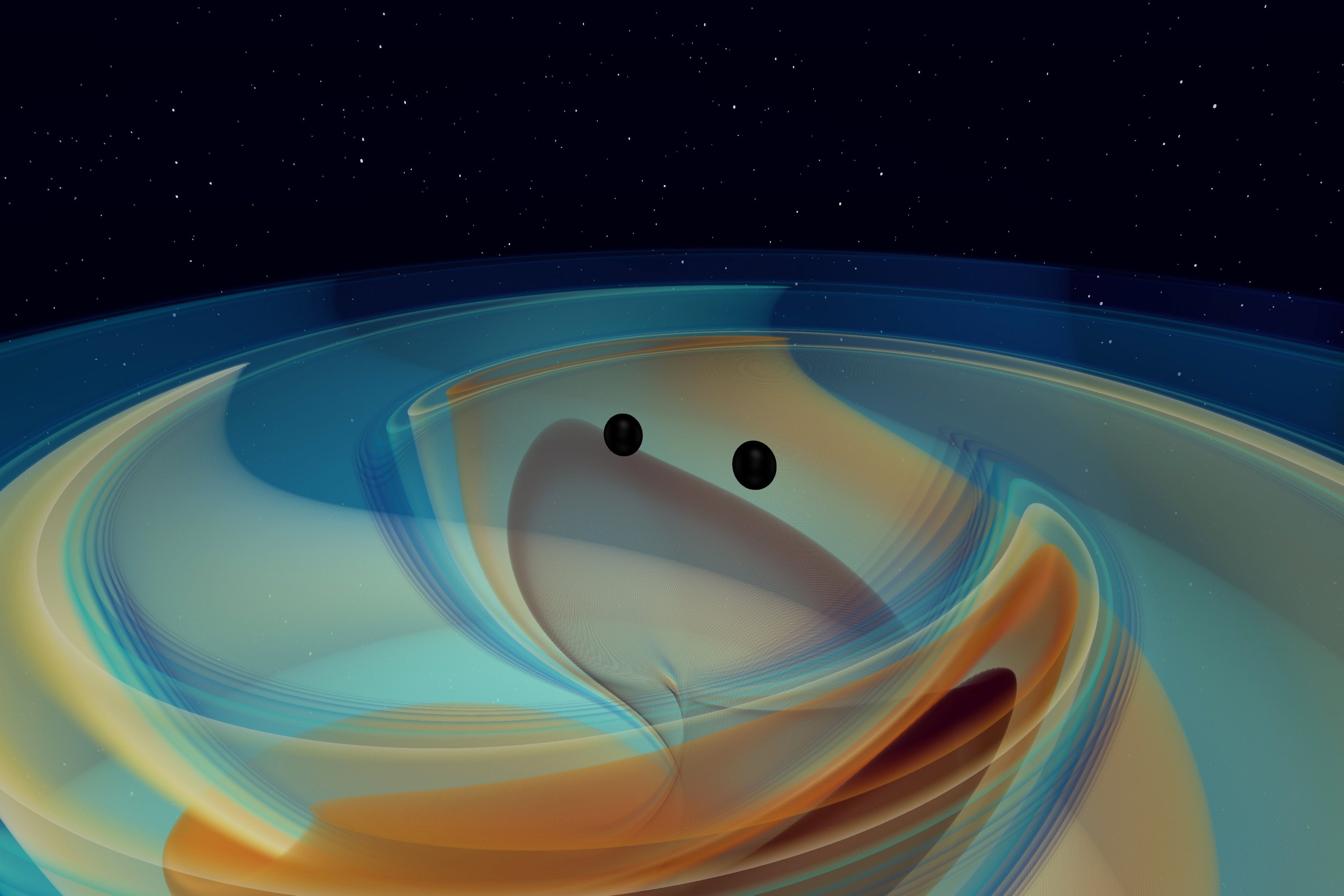 In 1974 Stephen Hawking theorized that black holes are not black but slowly emit thermal radiation. Hawking’s prediction shook physics to its core because it implied that black holes cannot last forever and that they instead, over eons, evaporate into nothingness—except, however, for one small problem: there is simply no way to see such faint radiation. But if this “Hawking radiation” could somehow be stimulated and amplified, it might be detectable, according to some astrophysicists. And they are now claiming to have seen signs of it in the aftermath of the most massive collision of black holes ever observed.

The claim, however, is extremely controversial, because other searches for such echoes of gravitational waves have come up empty-handed.

In May 2019 the Laser Interferometer Gravitational-Wave Observatory (LIGO) in the U.S. and Virgo in Italy observed gravitational waves—ripples in the fabric of space-time—from the merger of two black holes that had a total mass of 151 suns. The merger left behind a black hole of 142 solar masses. The difference of nine solar masses was radiated away, almost all of it in the form of gravitational waves. “This is the most massive event observed to date,” says Jahed Abedi of the University of Stavanger in Norway, who co-authored a preprint paper in which he and his colleagues claim to have measured the Hawking radiation of this merger.

The gravitational waves from this event, named GW190521, not only rippled out to eventually interact with LIGO’s and Virgo’s detectors on Earth; they also washed over the remnant black hole produced by the initial collision. What happened next depends on your view of black hole physics. If black holes are described entirely by Einstein’s general theory of relativity, then they have an event horizon—a one-way boundary that anything can fall into but from which nothing can escape. “In the standard black hole picture, the event horizon of a black hole absorbs all the radiation,” says Paolo Pani, a theoretical physicist at Sapienza University of Rome. So the inward-going gravitational waves should just disappear.

But that might not be what happened. Physicists think that some combination of quantum physics and general relativity is needed to fully describe black holes, in which case it is possible that a portion of the infalling gravitational waves could be reflected—either because of quantum effects near the horizon or because the dense, compact object created by the merger lacks a horizon and has some internal structure. If so, echolike signatures of this could be present in the information collected by LIGO, Virgo and other detectors. Similar to sonic echoes, such signatures would be much weaker and ever-so-slightly delayed, compared with the original gravitational waves from the merger.

Exactly what such echoes would look like depends on the exact physics being modeled. For example, the region just outside a black hole’s horizon is thought to be a bustling place, abuzz with pairs of virtual particles popping in and out of existence. Sometimes one of the pair falls into the black hole, and the other escapes. These escaping particles constitute Hawking radiation. This is an agonizingly slow process. In the case of the GW190521, Abedi and his colleagues argue that the production of Hawking radiation by the remnant could be sped up substantially—stimulated, in other words—by the infalling gravitational waves.

The principle is somewhat similar to what occurs during stimulated emission of radiation in atoms. In this process, photons of light hit “excited” electrons in atoms, causing the electrons to drop to lower energy levels while spitting out photons that have the same wavelength as the incident photons. In certain situations, this stimulated emission can far exceed the spontaneous “background” emission of radiation (where an electron, on its own, drops from a higher energy level to a lower one and emits a photon). Abedi and his colleagues theorize that gravitational waves interacting with a black hole’s event horizon should similarly stimulate the production of Hawking radiation to levels that far exceed spontaneous emissions, thus making it detectable. This radiation would constitute gravitational waves of the same wavelength as the incident waves, albeit with much lower intensity.

The researchers claim to have seen signs of this stimulated emission of Hawking radiation from the GW190521 remnant. They used two different methods to analyze the GW190521 data collected by LIGO and Virgo. The first method compares two models: one based purely on general relativity, with no postmerger echoes or signals, and another that includes stimulated Hawking radiation. “If you compare them, the [general relativity] plus postmerger stimulated radiation is preferred seven times more,” Abedi says.

The second method was agnostic about any specific model and simply looked for coherent bursts of postmerger gravitational waves from different detectors. The team claims it found such bursts. “[The two methods] are consistent with each other,” Abedi says.

The researchers’ statistical analysis gives 0.5 percent odds (about a one in 200 chance) that the putative signal is instead merely noise. Normally, for physicists to claim a discovery, the odds of a false alarm have to be lower than one in a million. Consequently, Pani, who was not part of the team, is circumspect. “The statistical evidence they have is … definitely too low to claim a measurement,” he says.

“This is not [a] very loud signal,” Abedi acknowledges, adding that nonetheless it is the best that can be done with current gravitational-wave detectors. “Our target is next-generation detectors.”

Pani agrees that a facility such as the Laser Interferometer Space Antenna (LISA), a European Space Agency–led project slated for launch in the late 2030s, would be better suited for such studies. “With future detectors, if there is something, we will get the evidence necessary to claim a measurement,” he says.

Even if the evidence for a signal was statistically more significant, however, Pani remains critical of Abedi and his colleagues’ claim that this would be evidence for Hawking radiation. “They could have claimed measurement of gravitational-wave echoes. [It] is a big conceptual step [to] saying that this is stimulated Hawking radiation,” Pani says. “In other models, it might be something else.”

Just last month members of LIGO, Virgo and the Kamioka Gravitational Wave Detector (KAGRA) in Japan teamed up and posted a preprint of their latest analysis of gravitational-wave data. They looked at 15 events, 14 in which two black holes merged and one in which a black hole merged with a neutron star. All the events had been observed by two or more detectors. “This analysis included GW190521. We find no evidence for echoes or any other deviations from the predictions of general relativity,” says Daniel Holz, a LIGO team member at the University of Chicago. “It would be incredibly exciting if echoes existed, or any of the other speculative deviations from general relativity, but it looks like there’s no compelling evidence for them in the data thus far. Einstein’s theory has passed all tests to date. It is embarrassingly effective and accurate.”

Pani, meanwhile, is keeping his eyes on the horizon to see whether or not the claim made by Abedi and his colleagues about stimulated Hawking radiation, or echoes in general, is confirmed. “If this will be confirmed in the future, it’ll be a great step,” Pani says, “especially for the field in general because it will give a sort of portal to the quantum properties of black holes that otherwise would be impossible to see by other means.”