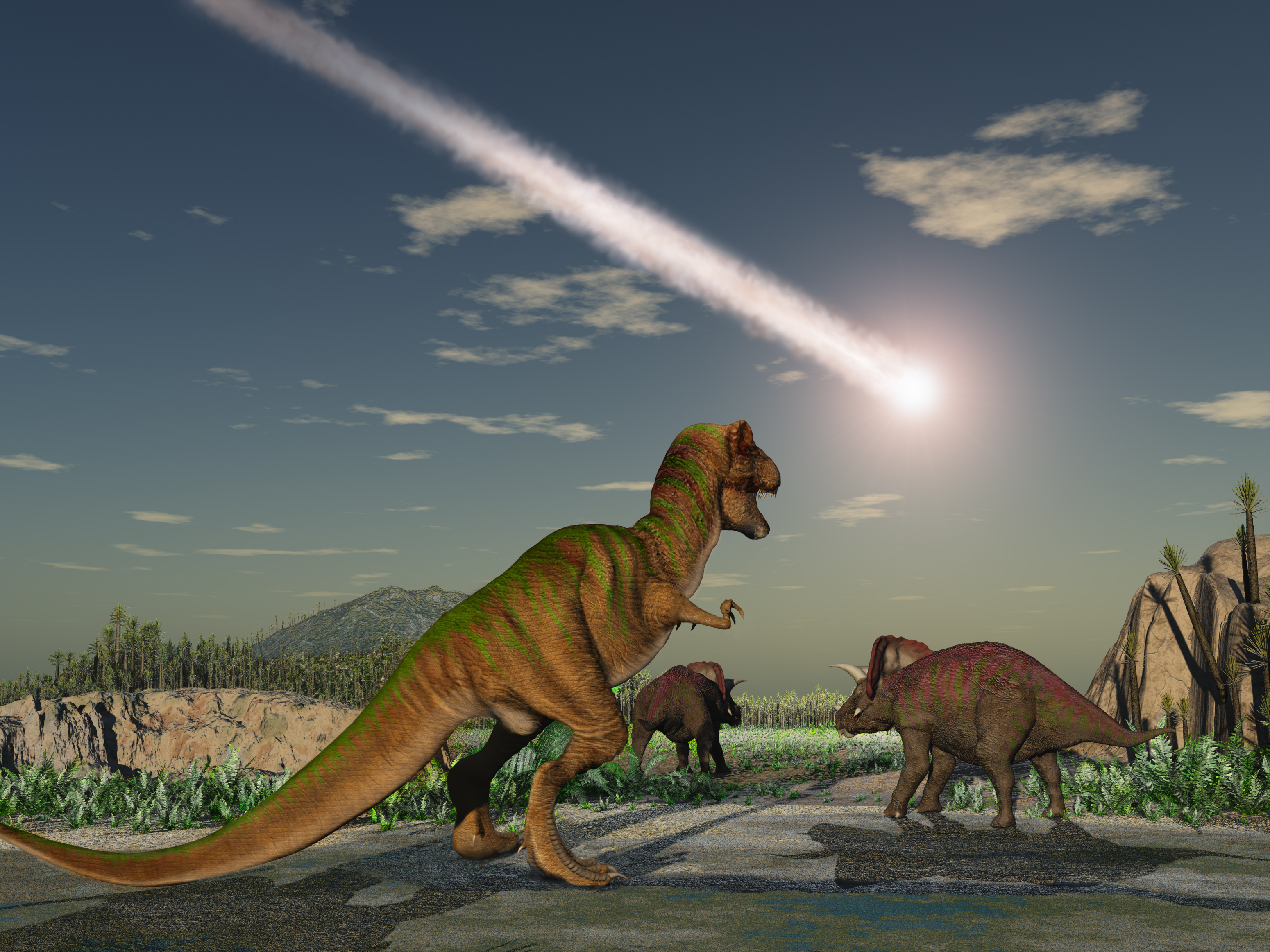 How did the crocodiles survive the asteroid that killed the dinosaurs? – Éamonn, age 5, Western Australia

Hi Éamonn! This is a great question, and one many scientists have asked.

There are two main reasons. First, crocodiles can live for a very long time without food. Second, they lived in places that were the least affected when the asteroid hit Earth.

Related: Why is sci-fi so obsessed with asteroid impact disasters (and how to stop them)?

When the asteroid hit Earth

About 66 million years ago, dinosaurs ruled Earth. But then a massive asteroid, more than 9 kilometers wide, slammed into the shallow sea near what is now Mexico.

The explosion from this was so huge, it led to global earthquakes, tidal waves, bushfires and even poisonous rain.

Also, the asteroid hit at one of the worst possible places, where the rocks could easily be “exploded” (or vaporized). This threw up massive amounts of dust into the sky, blocking out the sun for many months and sending Earth into a long, dark and freezing winter.

Read more: Curious Kids: What effect did the asteroid that wiped out the dinosaurs have on plants and trees?

Scientists think three-quarters of all the different kinds (species) of animals on Earth were wiped out — including most dinosaurs.

But some managed to survive for a range of reasons.

One important group of dinosaurs sailed through, helped by their ability to fly and find food in faraway places. Their feathers protected them from the cold, and their beaks let them eat buried seeds found near dead plants.

Amazingly, these dinosaur survivors are still with us today. We call them birds!

Crocodiles had some keys to survival

Crocodiles were another group that famously survived the asteroid. Obviously they can’t fly, don’t have feathers, and don’t eat seeds! But they had other secrets to success.

Firstly, crocodile bodies use very little energy. They lie around a lot, breathe slowly and even have a very slow heartbeat. This is how they can hold their breath underwater for more than an hour.

It also means they can go without food for months, and sometimes more than a year. This would have been very helpful when food (such as other animals) became hard to find once the asteroid hit.

Dinosaurs, on the other hand, were generally more active, which means they needed more energy — especially meat-eaters like Velociraptor. Without food, they would have died quickly.

Crocodiles were another group that famously survived the asteroid. Obviously they can’t fly, don’t have feathers, and don’t eat seeds! But they had other secrets to success.ie, then all the animals that need them die too, including the meat-eaters which are left with no food.

But the crocodile survivors mostly lived in places like rivers, lakes and coasts. The animals living in these places don’t need green plants as much. Dead plants and animal material washes in from surrounding land, which is eaten by tiny creatures, which are then eaten by larger creatures including crocodiles.

So unlike dinosaurs living on the land, crocodiles in a river would not have starved as soon as the green plants died.

A similar reason helps explain why human beings’ ancestors also survived the asteroid impact. These were the small mammals that lived near the end of the age of dinosaurs, which eventually gave rise to all the different kinds of mammals around today (including humans).

They were mainly small, rat-like things that scurried about in the dead leaf litter on the ground, eating insects and worms. These tiny creatures relied not on living green plants, but on dead leaves and bark falling from the trees, or being blown and washed in from elsewhere.

So just like the crocodiles, our tiny ancestors survived the asteroid partly because they didn’t depend heavily on living plants. A good thing too: these lucky survival skills are the reason you and I are here today!