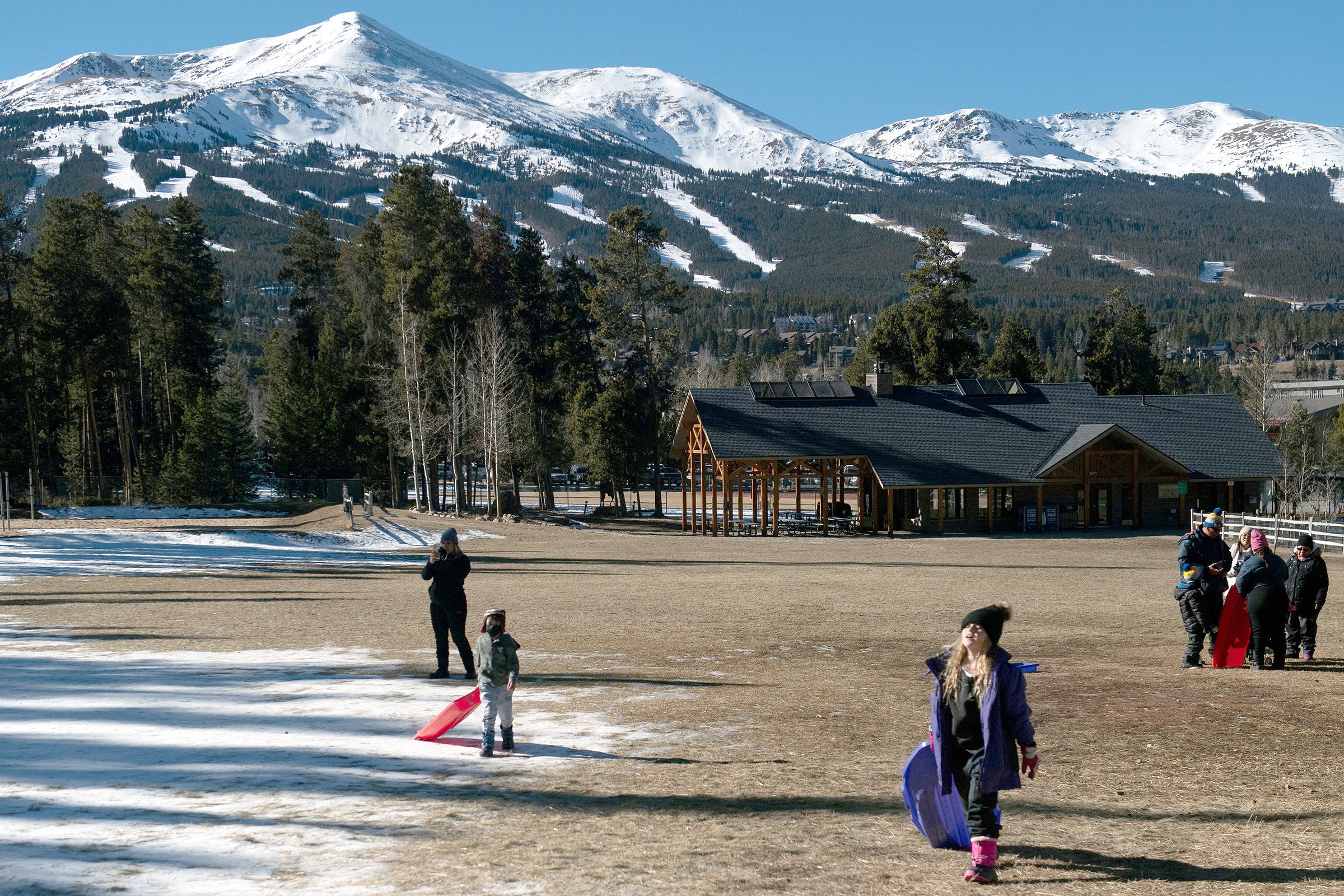 Two wildfires ignited in the foothills of the Colorado Rockies last weekend, pushing residents out of their homes and stretching the state’s fire season past its traditional endpoint.

The Miner’s Candle Fire was first reported on Sunday near Idaho Springs, a city 30 miles west of Denver, and scorched roughly 20 acres. The West Ranch Fire flared up the same day just to the east, near the Ken Caryl Valley, and was contained after burning 12 acres.

Experts told E&E News the December infernos raise concern because they underscore the effects of a remarkable dry spell in the Centennial State — which is seeing record-low precipitation across the Front Range and into the mountains.

Driven in part by rising temperatures, they say the dearth of snow so far this year has implications for waning water supplies and increasingly catastrophic forest fires in the West.

“We see now a year-round wildfire season. Previously, the wildfire season was really in the summertime, but now, with later snows coming, there’s nothing on the ground to stop any starts that get going,” said Greg Hanson, a meteorologist with NOAA’s National Weather Service in Boulder, Colo.

The two wildfires over the weekend were “not big, and they’ve gotten them knocked down,” Hanson added. “But still, that’s just pretty notable, and an indicator of how dry [it is] and what these later snows can do.”

As of this week, the Colorado mountains had less than half the average amount of snow at this point in the year. Nine snow stations scattered throughout the region are at record lows for early December. Thirteen more have measured their second-lowest snow readings, Colorado State University’s Climate Change Center tweeted on Monday.

State climatologist Russ Schumacher, who directs CSU’s Climate Change Center, said in an interview that it’s still early in the season, and the state will see more snow in the coming months.

But he added that “this is not the position we want to start the snow season in, especially because we’ve had lingering drought concerns for quite a few years now.”

Farther east, Denver has yet to see any substantial snow. With every passing day, the Mile High City breaks its previous record for the latest first snowfall: Nov. 21,1934.

That marks 232 consecutive days without at least 0.1 inch of snow, the second-longest streak in recorded history. According to the National Weather Service, the last time the city didn’t see snowfall for that long was in 1887, when Denver went snowless for 235 days.

The stretch persists even as Hawaii shatters its own temperature records — but in the opposite direction. The state over the weekend saw historically low temperatures on the island of Oahu, and blizzard conditions roared atop two volcanoes on the Big Island (Climatewire, Dec. 7).

‘Not a good situation’

Two factors are driving the delay.

The La Niña climate event that began in the latter half of 2020 is likely spurring a particularly wet fall in the Pacific Northwest, while the Southwest grows drier.

Rising temperatures are also at play. Over the last three decades, the average temperature in Colorado has warmed by about 1.5 degrees Fahrenheit, according to NOAA, or 2 degrees when looking at maximum temperatures. Further, six of the state’s eight warmest years on record have taken place since 2012, said Schumacher of Colorado State University.

Hanson of NOAA added: “You need below-freezing temperatures to make snow. And those have been a rarity so far.”

To be sure, snow could pile up this winter and into early spring, when Colorado typically gets larger storms. In Denver, forecasters say there’s a chance residents could see snow later today or tomorrow.

That’s good news in the short term. But the record-smashing dry season could have major repercussions for Colorado and beyond.

Perhaps the most concerning impact could be on the region’s water supply, which relies heavily on the snowpack in the Rockies.

“Most of our drinking water along the Front Range and the urban corridor here comes from west of the Continental Divide, so that’s the upper part of the Colorado River Basin. And so the snowpack is incredibly important for that,” said Hanson, who added that the lack of snow could affect the region’s agriculture industry.

The dry season can also exacerbate future wildfires, which are growing increasingly catastrophic due to a range of factors. Among them: warmer temperatures and resulting invasive insect outbreaks. More real estate development in the foothills and mountains is also driving up damage.

Colorado saw its worst wildfire season in recorded history in 2020. The state’s three largest fires occurred in the summer and fall, and burned more than 540,000 acres, according to the Colorado Division of Fire Prevention & Control. The second-largest among them, the East Troublesome Fire, started in mid-October, which Hanson noted isn’t “typical big fire season.”

The wildfire season this year has stretched into early December, which does happen “every once in a while,” Schumacher said. “But these are happening up at pretty high elevations, and there’s no snow up there at this time, when in most years there would be.”

The ramifications will likely extend into the summer months.

“Snow is a good way to wet those fuels down for next year. Snow melts slowly, so it gives time for that moisture to seep into fuel, whether it’s down deadwood or just greening up other vegetation and keeping that a little bit more moist,” Hanson said.

“Not having that around, it’s not a good situation.”