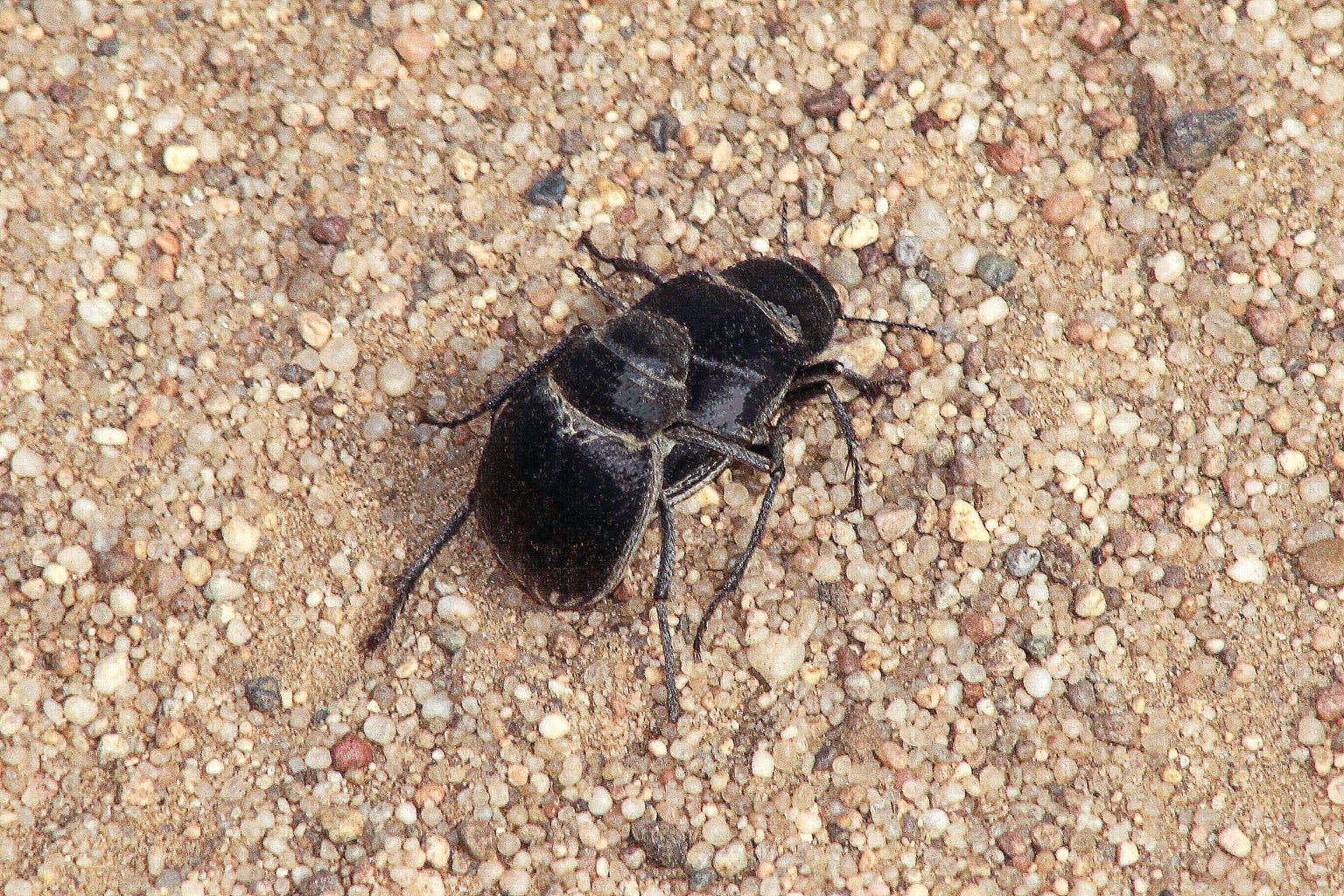 When researcher Xinghu Qin ventured through rangeland near Inner Mongolia’s Hunshandake Desert, he spotted some puzzling behavior between two little beetles mating shamelessly in the open: one was constantly licking the other’s tail.

“What on earth were they doing?” wondered Qin, then a graduate student at the Chinese Academy of Agricultural Sciences.

They were Mongolian desert beetles, or Platyope mongolica, which mostly hide underneath desert grasses and sands but occasionally emerge to mate. Reporting in Ecology and Evolution, Qin and his colleagues describe a newly discovered oral sexual ritual that males of the species apparently must perform before mounting females for copulation.

“We have observed self-licking behavior in many animals. But males or females licking genitalia of their partner, especially in beetlelike insects, is actually rare,” says Matjaž Gregorič, an entomologist at the Jovan Hadži Institute of Biology in Slovenia, who was not involved in the study.

When a male Mongolian desert beetle finds a potential mate, he begins rubbing a protruding mouthpart called a maxillary palp over her genitals. If his performance does not meet her standards, she runs away. And the longer the male performs the oral courtship ritual, the shorter time he needs for successful copulation later on.

Gregorič and his team had discovered similar behavior in Darwin’s bark spider in 2016. Daisuke Yamamoto, an entomologist at Japan’s National Institute of Information and Communications Technology, reported observing this phenomenon in fruit flies, too. “We believe male licking of female genitalia [in fruit flies] mediated pheromone detection,” Yamamoto says. “It could also have served as a form of nutritional gift to females, also called a nuptial gift.”

Understanding more about these behaviors can help researchers piece together how sexual selection has shaped the beetles’ evolution. Though rarely observed, such complex sexual practices may be more common in the insect world than one might assume—but they are little known, Qin says, because “insects are still an understudied group.”

Gregorič adds that “if people know something interesting about animals, even if they are beetles or spiders, they will have a little bit more positive attitude toward the animal—and this is always useful in conservation.”