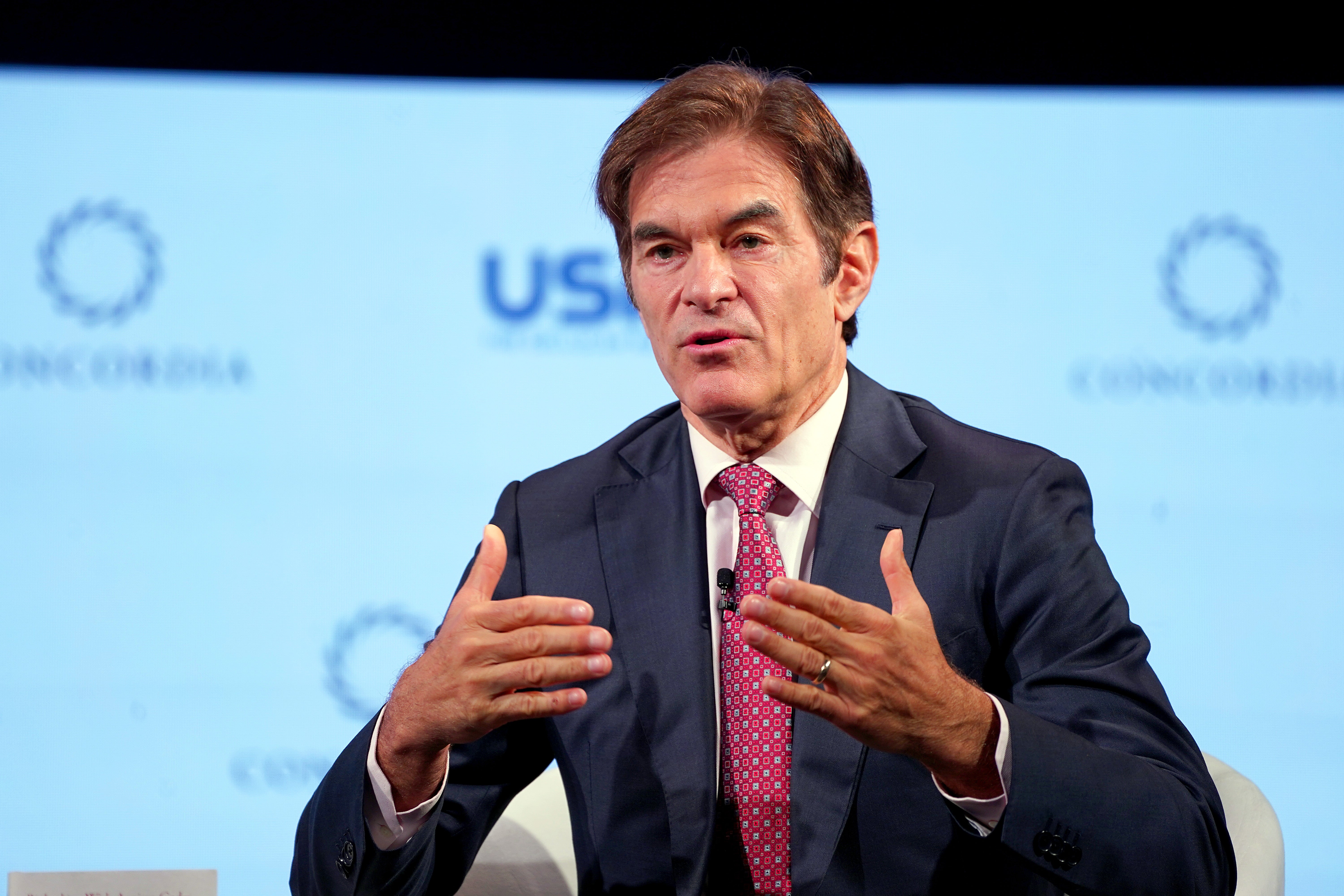 While holding a medical license, Mehmet Oz, widely known as Dr. Oz, has long pushed misleading, science-free and unproven alternative therapies such as homeopathy, as well as fad diets, detoxes and cleanses. Some of these things have been potentially harmful, including hydroxychloroquine, which he once touted would be beneficial in the treatment or prevention of COVID. This assertion has been thoroughly debunked.

He’s built a tremendous following around his lucrative but evidence-free advice. So, are we surprised that Oz is running as a Republican for the U.S. Senate in Pennsylvania? No, we are not. Misinformation-spouting celebrities seem to be a GOP favorite. This move is very on brand for both Oz and the Republican Party.

His candidacy is a reminder that tolerating and/or enabling celebrity pseudoscience (I’m thinking of you, Oprah Winfrey!) can have serious and enduring consequences. Much of Oz’s advice was bunk before the pandemic, it is bunk now, and there is no reason to assume it won’t be bunk after—even if he becomes Senator Oz. Indeed, as Senator Oz, it’s all but guaranteed he would bring pseudoscience to the table when crafting and voting on legislation that affects the health and welfare of Americans.

As viewed by someone who researches the spread of health misinformation, Oz’s candidacy remains deeply grating in that “of course he is” kind of way. But it is also an opportunity to highlight several realities about pseudoscience, celebrity physicians and the current regulatory environment that allows people like him to continue to call themselves doctor.

Before the pandemic I often heard people argue that the wellness woo coming from celebrities like Gwyneth Paltrow, Tom Brady and Oz was mostly harmless noise. If people want to waste their money on ridiculous vagina eggs, bogus diets or unproven alternative remedies, why should we care? Buyer beware, a fool and their money, a sucker is born every minute, etc., etc.

But we know, now more than ever, that pop culture can—for better or worse—have a significant impact on health beliefs and behaviors. Indeed, one need only consider the degree to which Jenny McCarthy gave life to the vile claim that autism is linked to vaccination. Celebrity figures like podcast host Joe Rogan and football player Aaron Rodgers have greatly added to the chaotic information regarding COVID-19 by magnifying unsupported claims.

So, yes, celebrities’ health bunk matters a great deal, in part because the size of their megaphone greatly amplifies the spread of the misinformation they believe. A study by the Reuters Institute for the Study of Journalism at the University of Oxford looked at hundreds of bits of COVID misinformation and found that 20 percent of the claims had a prominent individual, such as a politician or entertainer, as a primary source, and that such “top-down” distribution ultimately accounted for 69 percent of social media engagement with the misinformation, as “ordinary people” shared such celebrity content.

Despite facing mounting criticism for his embrace of harmful pseudoscience and the provision of evidence-free health advice, Oz remains connected to Columbia University’s medical school and is a licensed physician. In 2014, he was called in front of the Senate Subcommittee on Consumer Protection over misleading statements he made on his popular television show, the Dr. Oz Show. During the hearing one senator went so far as to tell “America’s Doctor” (anointed thus by Oprah) that “the scientific community is almost monolithic against you.”

And while Oz has not been officially sanctioned by a regulatory body—the Federal Trade Commission, for example, has gone after fraudsters who have appeared on his show, but the agency hasn’t taken direct action against him—that doesn’t mean he shouldn’t be disciplined.

His affiliation with Columbia and the fact he still has a license seems especially baffling at a time when the spread of health misinformation has been recognized as one of this era’s most challenging health policy issues. Given all that he has done to promote science-free medicine, how has Oz’s licence not been revoked?

In 2017, a group of academics wrote an article that explored this very question. Specifically, they asked, in reference to Oz: “Should a physician be allowed to say anything—however inaccurate and potentially harmful—so long as that individual commands market share?”

For me, the answer to that question is easy. No.

Regulators, such as the state medical boards that license physicians, can and should step in. The very reason these regulatory bodies exist is to protect and serve the best interests of the public. Disciplining physicians for spreading harmful misinformation should be a core part of their mandate. This idea was recently endorsed by the Federation of State Medical Boards’ Board of Directors who warned that spreading inaccurate information contradicts a physician’s responsibility to the public and “threatens to further erode public trust in the medical profession and puts all patients at risk.”

While there has been a COVID-driven uptick in both complaints to medical boards and regulatory actions, we need to do more. Much of the public trusts the medical profession. As such, misinformation by physicians can be particularly problematic. When a physician like Sherry Tenpenny—notorious for promoting the idea that vaccines will make you magnetic—can keep her medical license, one wonders if the system is broken. Is it serving the public or protecting its members?

Finally, it is also worth considering how Oz’s candidacy encapsulates the degree to which wellness woo and COVID misinformation have become as much about ideology as personal health choices. Recent research has consistently found that those with a particular ideological preference (yes, conservative) are more likely to believe and spread COVID misinformation.

Oz has few ties to Pennsylvania, a weakness that could impede his campaign. But even so, in these bunk-filled times, Oz the conservative—and inexplicably still-licensed—medical misinformation machine is an unsurprising GOP candidate. Someone who has spent decades as a profiteer of woo might fare well on the campaign trail. Truth? Bah.