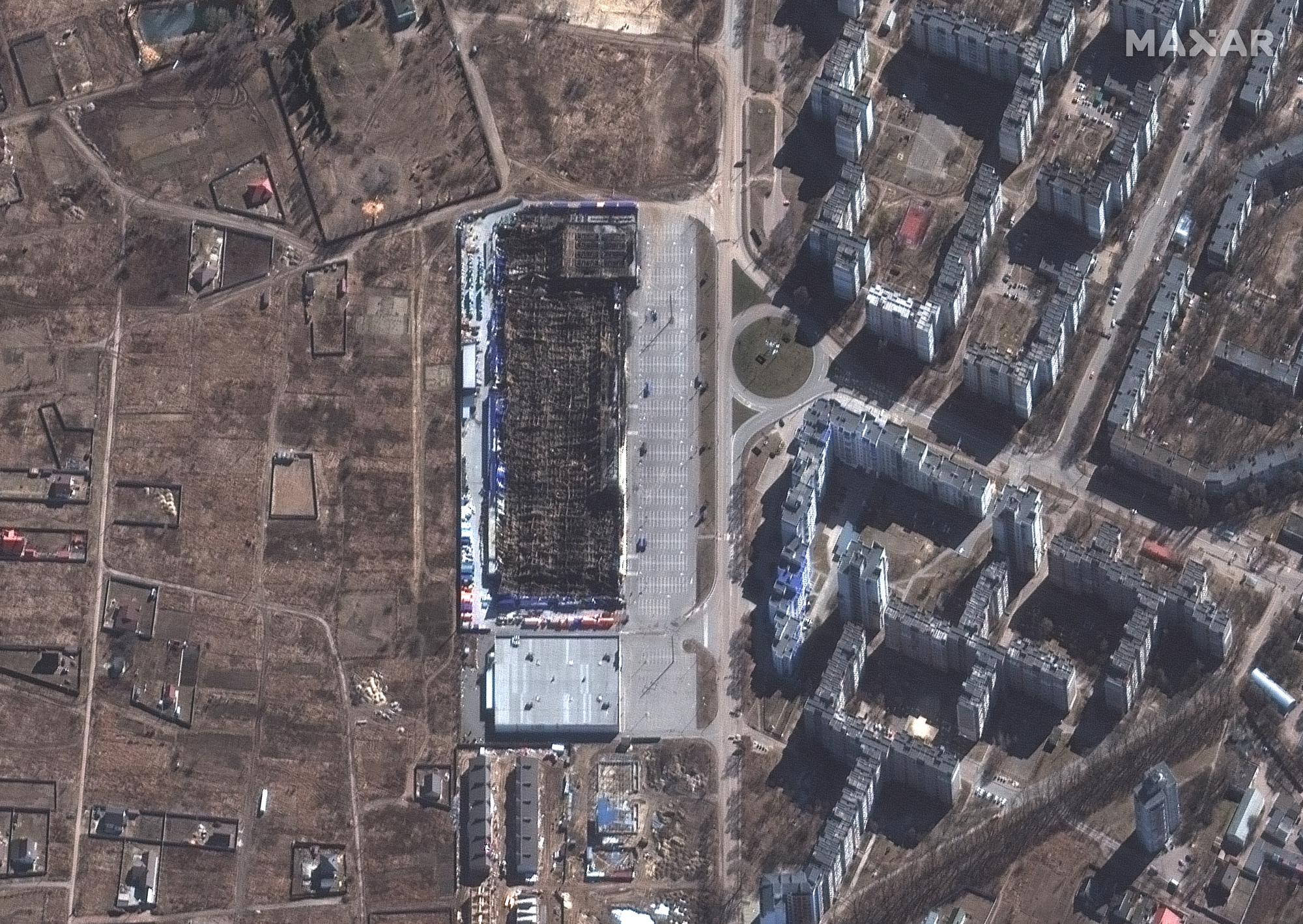 Elon Musk apparently wants to take his support for Ukraine to the next level.

SpaceX has been sending terminals and other gear for its Starlink satellite-internet system to Ukraine, which has been struggling to maintain communications capabilities since being invaded by Russia on Feb. 24.

And on Monday (March 14), the company’s founder and CEO offered a simple way to bring that invasion to an end.

“Do you agree to this fight?” he asked (in Russian) in another tweet, which tagged @KremlinRussia_E, the official account of the Russian president.

That account has not responded, but one of Musk’s recurring Twitter foils did chime in. Dmitry Rogozin, the chief of Russia’s space agency Roscosmos, tweeted a passage from “The Tale of the Pope and his Worker Balda” by famed Russian poet Alexander Pushkin (1799-1837).

“You, little devil, are still young/Compete with me weak/It would only be a waste of time/Overtake my brother first,” the passage reads (translated from Russian by Google).

“I see you are a tough negotiator! Ok, you can have 10% more pay per view money,” Musk replied in another Monday tweet, which featured a (presumably edited) image of a shirtless Putin riding a bear and a picture of Musk playing with a flamethrower.

“He can even bring his bear,” Musk said in yet another Monday tweet.

I see you are a tough negotiator!Ok, you can have 10% more pay per view money. pic.twitter.com/Nrbkz9IsTPMarch 15, 2022

Musk is no stranger to such tweaking and trolling, and he has sparred with Rogozin in this fashion before. For example, back in April 2014, when Rogozin was Russia’s deputy prime minister, he remarked that the United States should use a trampoline to get their astronauts to the International Space Station.

Rogozin was upset about economic sanctions imposed by the United States in the wake of Russia’s 2014 invasion and subsequent annexation of Crimea, which had been part of Ukraine. Some of those sanctions targeted the Russian space industry and some targeted individuals, including Rogozin himself. His comment referenced the fact that the U.S. was, at the time, completely dependent on Russian Soyuz vehicles for crewed trips to and from orbit.

That dependence, which began when NASA retired its space shuttle fleet in July 2011, ended in May 2020, when SpaceX sent two NASA astronauts to the space station on a test mission called Demo-2. Shortly after that successful launch, Musk had a comeback for Rogozin: “The trampoline is working!”