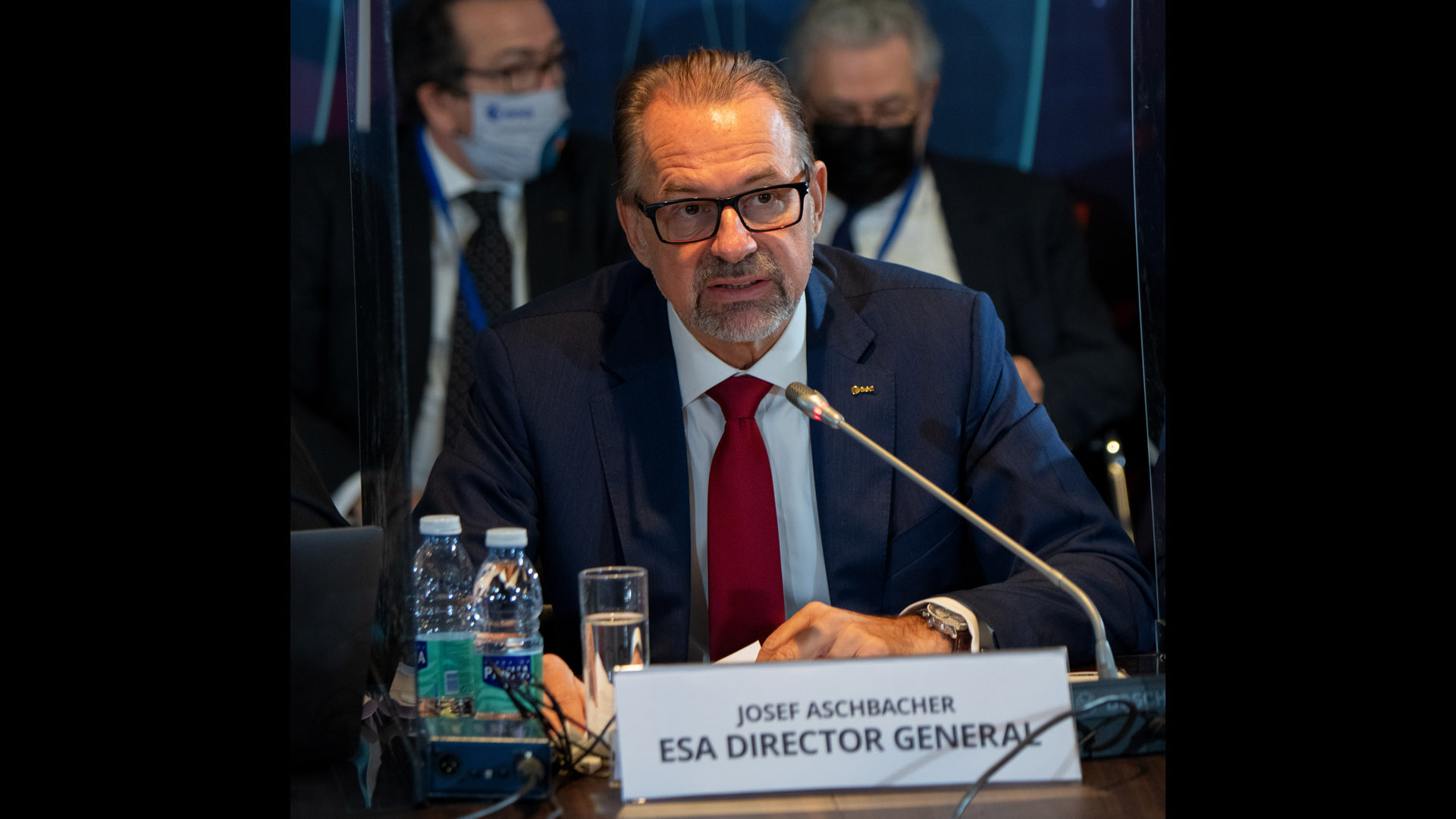 Business with Russia continues as usual amid the escalating situation in Ukraine, the European Space Agency’s (ESA) chief said on Friday (Feb. 25). But it’s unclear if the partnership can survive Russia’s recent aggression, experts say.

On Friday, ESA Director General Josef Aschbacher released a statement via Twitter addressing the Russian invasion of Ukraine and the agency’s cooperation with the aggressor nation. In the statement, Aschbacher said that, while the agency is “closely monitoring what’s happening” in Ukraine, all of its partnerships with Russia continue as planned for now, including preparations for the launch of the ExoMars rover Rosalind Franklin, which is expected to take place in September this year from Russia’s Baikonur Cosmodrome in Kazakhstan.

“The ExoMars campaign should start in Kazakhstan next month, with European colleagues traveling there to start integration of the spacecraft for launch in September,” Aschbacher said in the tweet. (ExoMars is a multimission collaboration between ESA and the Russian federal space agency, Roscosmos.)

Aschbacher’s statement, which came while Ukrainian forces kept fighting to defend the besieged capital Kyiv on the second day of Russia’s attempt to take over the country, drew widespread criticism from space industry professionals on Twitter.

Paul Byrne, a planetary scientist at Washington University in St. Louis, tweeted: “Director General, this is a mistake. I call on you to use this opportunity to show the world that the peaceful exploration of the solar system cannot include aggressor nations.”

The U.K. Space Agency also struck a different tone than Aschbacher, acknowledging that cooperation with Russia may be problematic given what’s happening in Ukraine.

“It is right for questions to be raised about future space cooperation with Russia following the illegal invasion of Ukraine,” the U.K. Space Agency told Space.com in an emailed statement. “We are engaging regularly with our partners in the European Space Agency and monitoring the situation closely.”

The U.K. is one of the biggest contributors to the budget of ESA, a partnership of 22 European states that jointly cooperate in the exploration and utilization of space. The U.K. attitude may signal a shift that some analysts expect in the coming days or weeks.

Tortora said he expected a new wave of statements from European countries and their respective space agencies in the coming weeks, addressing some of the most painful points of the European involvement with Russia. Most awaited, he said, is the position of France, which operates Europe’s Spaceport in Kourou, French Guiana, from where the European company Arianespace launches its rockets. Since 2011, Arianespace has been offering rides on Russia’s Soyuz rocket to complement its heavyweight Ariane 5 and the lighter Vega rocket.

According to a statement on ESA’s website, this cooperation improves Russia’s access to the commercial launch market.

“This collaboration was expected to reach an end in the next few years, and what is happening now will definitely speed up this process,” Tortora said. “I would really expect in the next few weeks some official statements to be made by those most involved — that is, France and Germany — which will have some implications for the European Space Agency.”

Regardless of Aschbacher’s current position, Tortora said, ESA, as a partnership funded by governments of its member states, is obliged to carry out the will of its members.

“ESA has no autonomy in deciding to further continue any kind of collaboration if member states decide not to,” Tortora said.