Spiraling fractal branches draw connections between a staggering 2.2 million living species on Earth in the most comprehensive tree of life ever created.

“It allows people to find their favorite living things, be they golden moles or giant sequoias, and see how evolutionary history connects them together to create a giant tree of all life on Earth,” explained University of Oxford evolutionary biologist Yan Wong.

The stunning interactive website OneZoom allows us to explore the relationships between all the flavors of life currently recognized by science.

“We hope to give people a completely new way to appreciate evolutionary history and the vastness of life on Earth in all its beauty,” said Imperial College London biodiversity researcher James Rosindell.

“Two million species can feel like a number too big to visualize, and no museum or zoo can hold all of them! But our tool can help represent all Earth’s species and allow visitors to connect with their plight.”

Zooming in from the ‘tree’ of broader taxonomic groups down to the smallest of the chaotic fractals, each ‘leaf’ on the tree represents a species. A leaf holds a species’s scientific and common names (accessible in multiple languages), and clicking on the name brings up a list of options for further information, including Wikipedia and Encyclopedia of Life entries and access to genetic information.

The tree also includes public domain images of over 85,000 species, which the creators encourage people to make use of.

The project is registered as a non-profit charity and has already been viewed by nearly 1.5 million unique users. It relies on people ‘adopting’ species to help fund it. So far, 800 people are sponsors, which allows them to include a name or message on the leaf representing the species.

The leaves are also color-coded green through to red to convey how vulnerable each species is to extinction. But many of the leaves remain gray, indicating how vast our lack of knowledge still is. 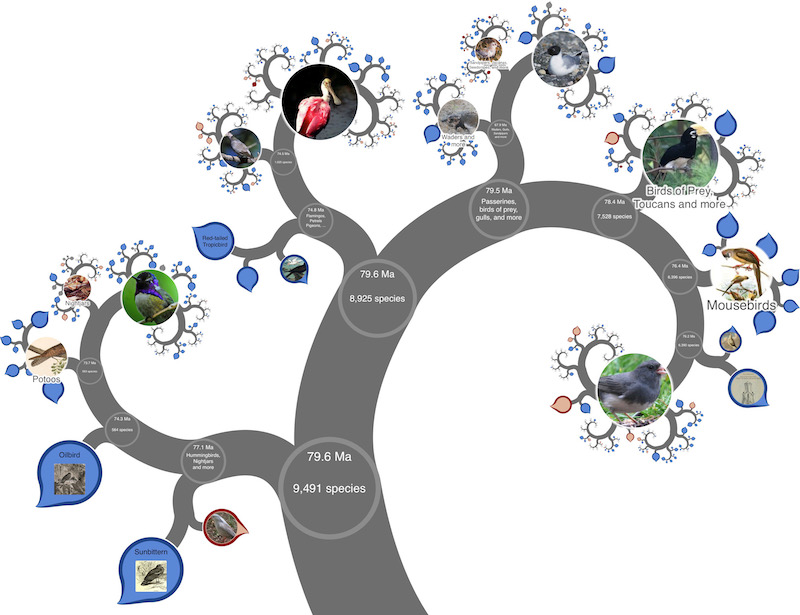 “It’s extraordinary how much research there is still to be done,” said Wong.

“We have worked hard to make the tree easy to explore for everyone, and we also hope to send a powerful message: that much of our biodiversity is under threat,” Rosindell added.

Detailing how they created OneZoom in their new paper, Wong and Rosindell arranged species according to their genetic relationships to one another (phylogeny) rather than traditional taxonomy, so it better reflects evolutionary history.

For example, traditional classifications like “fish” don’t reflect the true relationships between species, as mammals are more closely related to some fish than some fish are to each other. 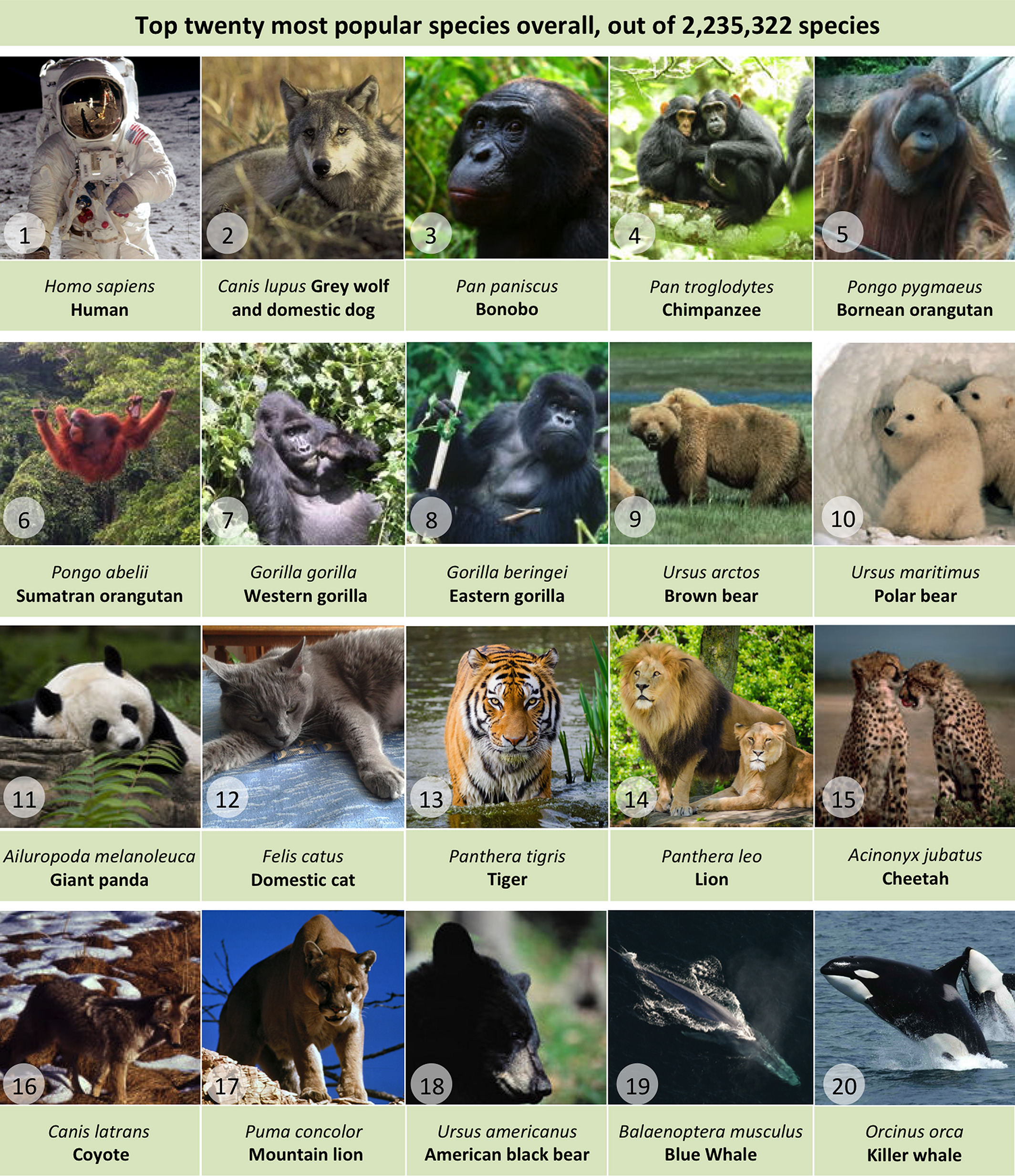 This massive creation of big-data beauty also has fun features like a species popularity index.

“Perhaps unsurprisingly, humans come out on top, but it has swapped places a few times with the second most popular: the grey wolf – the ‘species’ that includes all domestic dogs,” said Wong. The most popular plant is cannabis, which is then hilariously followed by cabbage. 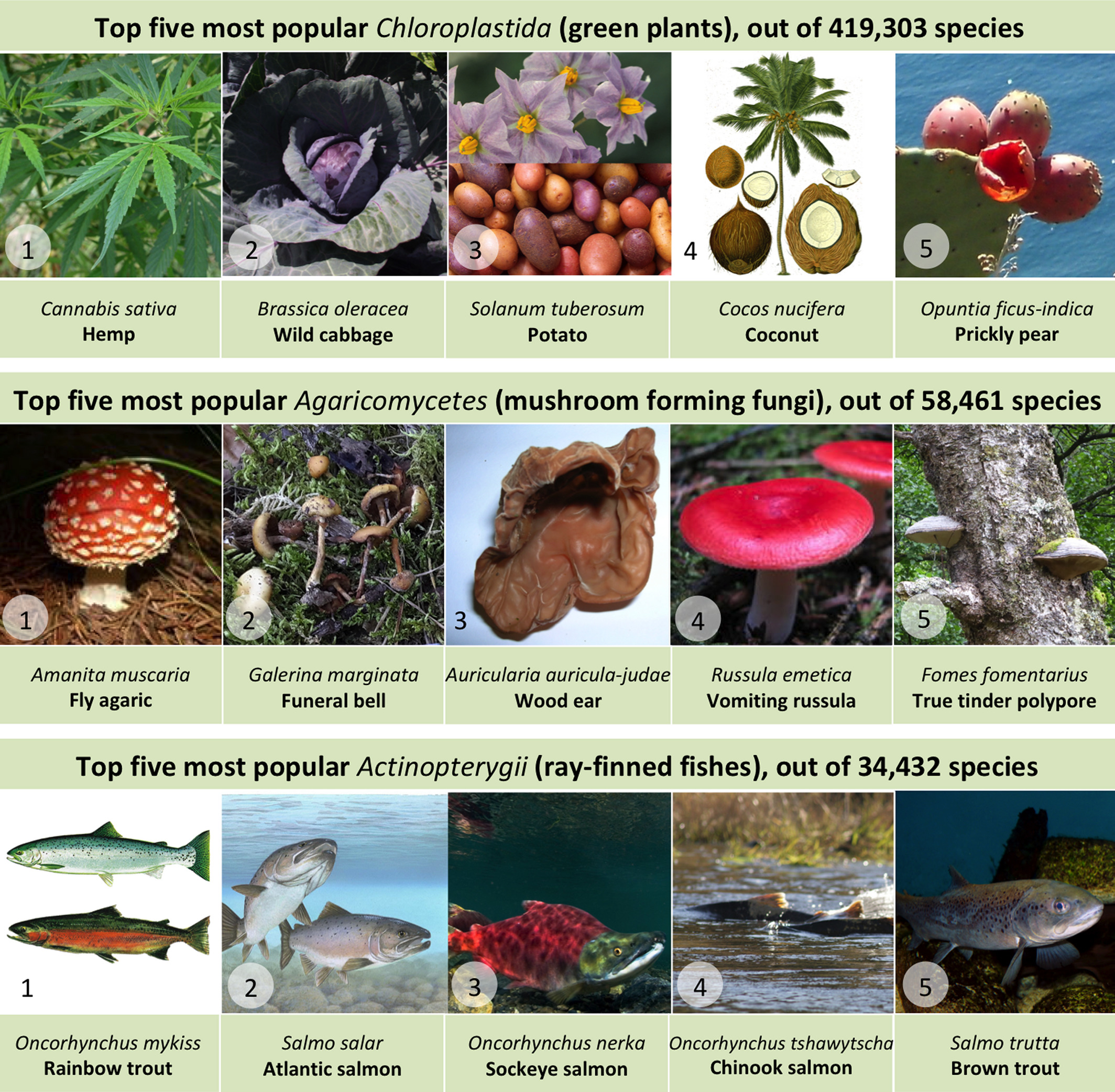 Even this feature could be helpful scientifically.

“The popularity index has the potential to inform conservation efforts, especially where evidence of heightened or lessened public interest is required,” the researchers wrote in their paper.

It took Wong and colleagues over 10 years to amass all the databases and work out how to display them accessibly, but there’s still a lot more to do.

“With this work, we believe that we have realized the original 2012 vision for OneZoom, to create a ‘Google Earth of Biology’: A complete and engaging tree of life explorer available to all as a community resource,” the team wrote.

It’s possible that OneZoom can help scientists discover new patterns in nature and educate people about evolution, biodiversity, and conservation, and plan to facilitate guided tours of the tree made by volunteers to help engage the public.

“We hope that now this project is complete and available, many venues will be interested in using it to complement their existing displays,” said Rosindell.

The team’s research was published in Methods in Ecology and Evolution, and the tree of life can be explored at OneZoom.org.