Every year, Hubble takes a little time to turn its electronic eyes closer to home.

Rather than staring into vast distances across space and time, it focuses on our very own Solar System; specifically, the heavyweight planets that lurk out past the asteroid belt – Jupiter, Saturn, Uranus, and Neptune.

Although other instruments have been capable of higher resolution images, such as the retired Cassini probe at Saturn, or Juno currently orbiting Jupiter, the outer ice giants have been neglected when it comes to dedicated probes – and Hubble’s longevity gives it an edge.

The space telescope, whose mission was recently extended until 2026, has been in low-Earth orbit since 1990, showing us the cosmos in breathtaking detail. And, under the OPAL program, it can show us the long-term evolution and dynamics of the planets in the outer Solar System.

Hubble’s images of the outer planets are among the most high-resolution possible, except for those taken by probes actually visiting the planets in close proximity.

The pics of Uranus and Neptune may seem blurry compared to the space telescope’s images of distant nebulae and galaxies, but that’s because of their relative sizes in the sky. Andromeda is several times larger than the full Moon. Neptune and Uranus are pinpricks in the sky.

Through OPAL, we have learnt that Jupiter’s Red Spot is changing shape and color, and images its spectacular and powerful auroras. Saturn’s auroras have also been imaged by Hubble, revealing radio wave activity and a polar auroral asymmetry indicative of a lopsided magnetic field.

Hubble’s images have allowed scientists to track a dark storm on Neptune that has been behaving very oddly as it roams across the cold skies, and revealed clouds on Uranus, which is surrounded by its rings and moons.

This year’s OPAL images, taken in September and October, reveal some fascinating new details about our giant planets. 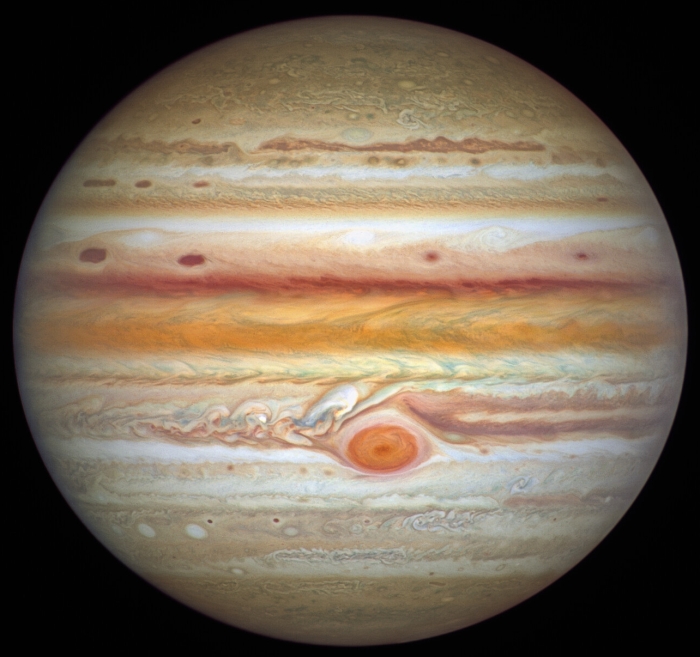 Jupiter, imaged by Hubble on 4 September, is turbulent with storms, with counter-rotating bands of clouds blown around the planet by powerful winds, striped vanilla and caramel. This year, the planet is wearing a peculiar belt, with unusual orange and red bands wrapped around its equator, which is usually white or pale brown.

Above the equator, several red spots appear. These are new storms, cyclonic vortices that are likely temporary, unlike the semi-permanent Red Spot and Red Spot Jr just below it, the latter of which is currently brown and has been joined by several smaller, pale storms. 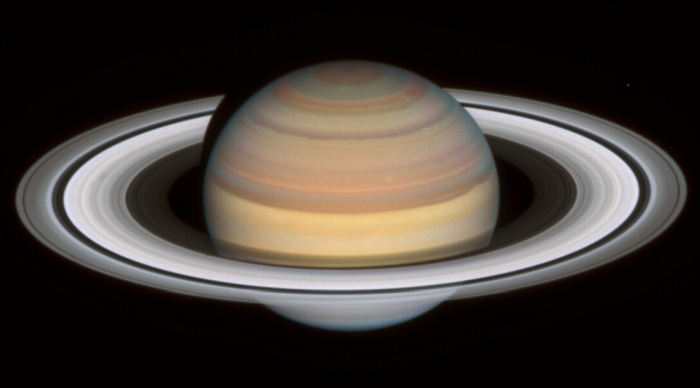 Saturn was imaged by the space telescope on 12 September, and the images show the ringed planet with its northern hemisphere in early autumn. Saturn is tilted, just like Earth, so as it orbits the Sun, it undergoes seasonal changes as the solar exposure to the hemisphere changes. However, a year on Saturn is 29 Earth years, making its seasons each around 7.5 years long.

As the temperatures on the hemispheres change, so too do the clouds. Saturn’s stripes are changing color, and look significantly different from last year, when the northern hemisphere was at the tail end of summer, and the year before.

Uranus, imaged on 25 October, is having springtime in the northern hemisphere. Because it is farther from the Sun, its orbital period (year) is even longer than Saturn’s, with a single season on Uranus taking a whopping 21 Earth years to pass.

In Hubble’s image, the cloud cover over Uranus’ north pole, called the polar hood, shines brightly. Scientists aren’t sure why this happens, but believe it could be excitation from the Sun’s ultraviolet radiation interacting with something in the planet’s atmosphere. Why that might cause brightness could be down to a number of things, such as a change in the opacity of atmospheric methane.

One thing that remains the same over the past few years of Hubble observations is a pronounced boundary at 43 degrees of latitude. Scientists think there could be a jetstream there keeping that sharp demarcation. 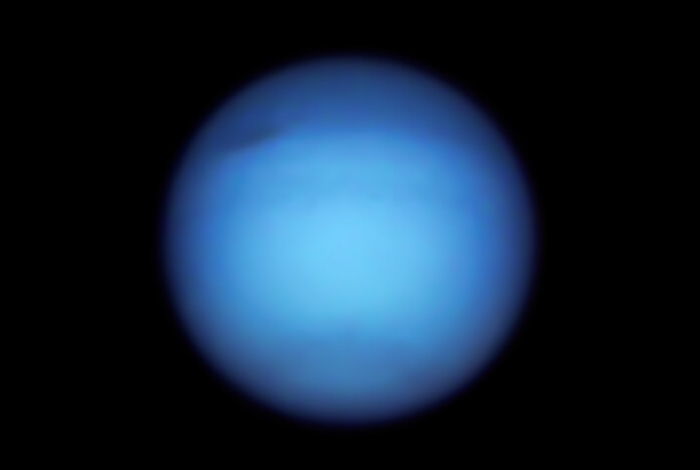 Finally, Neptune was imaged on 7 September. There, the southern hemisphere is thought to be experiencing spring – but seasons there last over 40 Earth years. It’s been autumn and spring on Neptune for over 20 years, and it will likely continue to be for around 20 more.

The new images reveal that Neptune’s peculiar dark storm is still hanging around. You can see it on the top left of the planet. If you look carefully, you will also see a dark circle around the south pole. That’s been present since at least August 1989, when Voyager 2 flew past on its journey to parts unknown – into deep space, far beyond the Solar System.