In 2014, amateur astronomers in New Zealand glimpsed a flare of light emanating from the constellation of Centauri. NASA later confirmed this blaze was a massive supernova explosion from another galaxy an incredible 57 million light-years away from our Milky Way.

“Dedicated amateur astronomers often make intriguing discoveries – particularly of fleeting astronomical phenomena such as supernovae and comets,” NASA explained on their Hubble feed. At the time of writing, it’s the last-released Hubble photo for the year.

NASA and ESA have now released a dazzling new photo of the home of this explosion, captured by our ever-faithful Hubble telescope: galaxy NGC 3568 with its hazy gas and glimmering stars roiling through space here beneath the extra bright and much closer stars from our own galaxy.

Is it just us, or does it actually look like it’s smirking at us from across space? 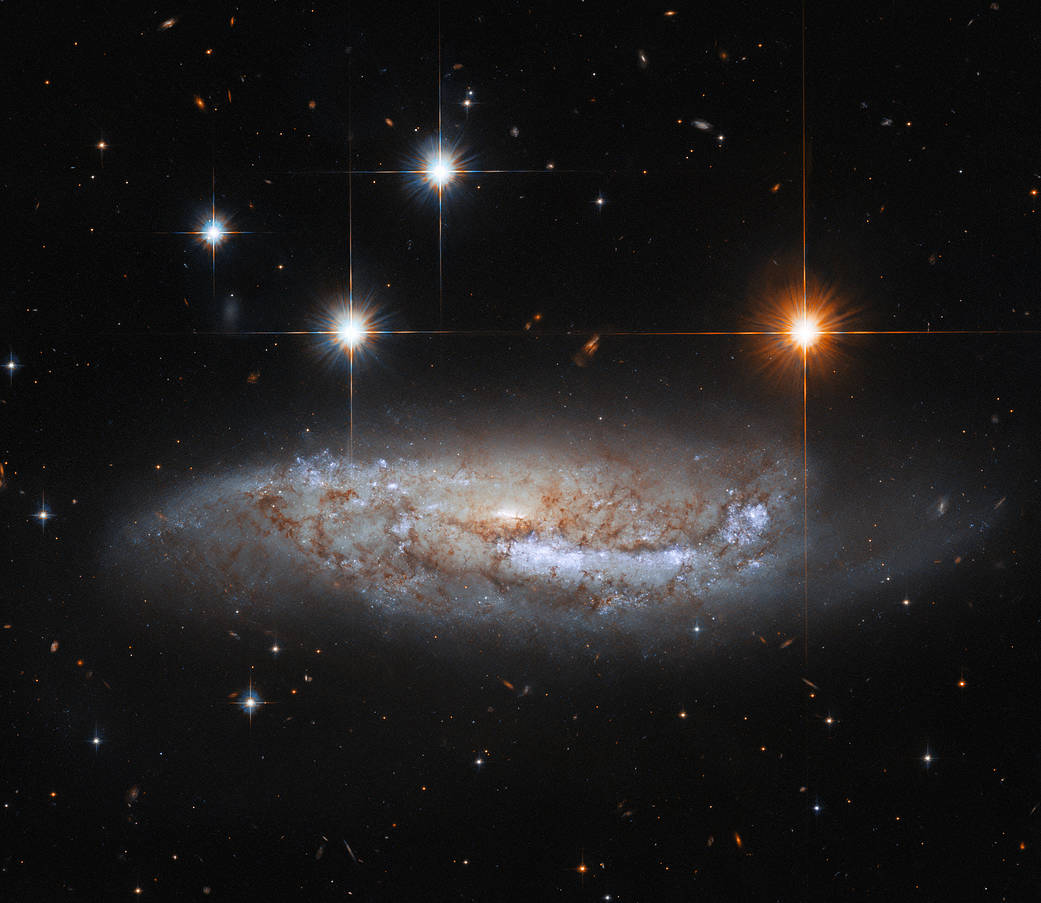 NGC 3568’s rivers of stars swirl in a barred spiral shape with two sweeping arms seen here side-on. Barred spiral galaxies differ from other spiral galaxies in our universe because their arms do not curve all the way to the galaxy’s center, instead joining a central straight line of stars

Below is another example of a barred galaxy, NGC 1300,  as seen from above. 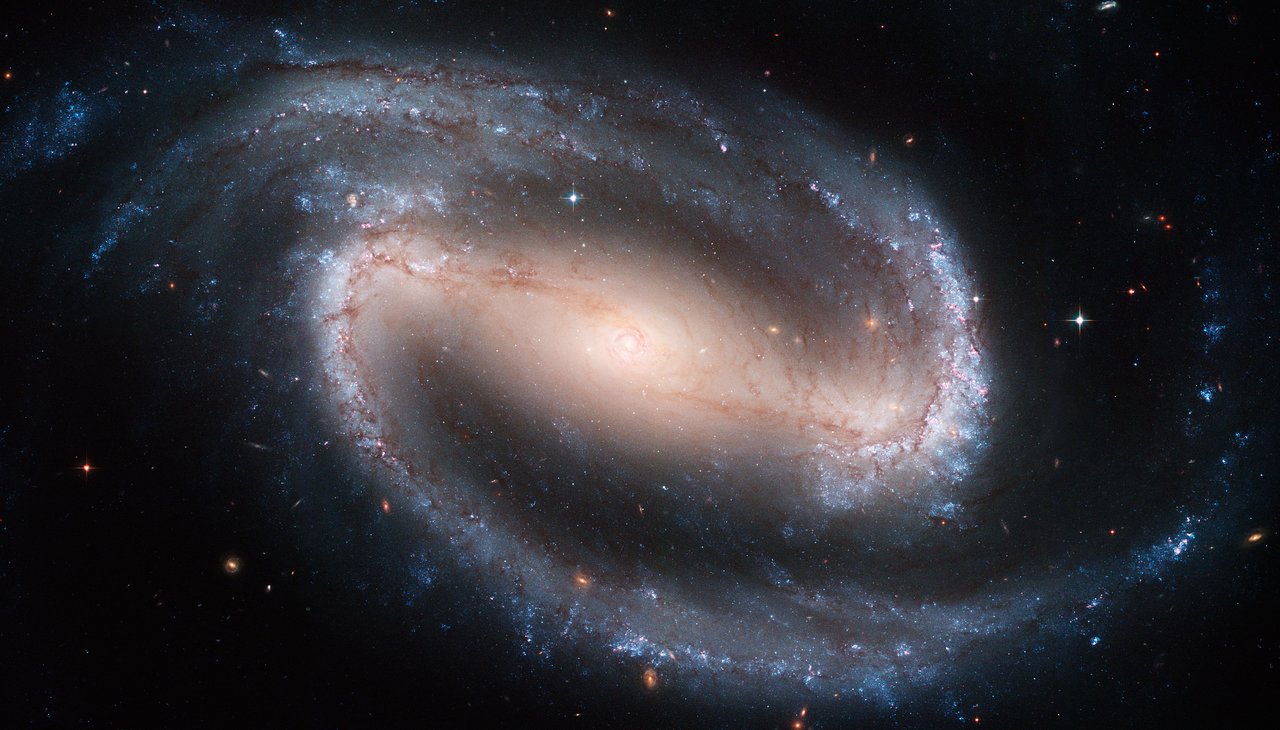 About 60 percent of all galaxies are thought to be spiral galaxies and two-thirds of those seem to be barred, including our own Milky Way. In 2008, a study of more than 2,000 spiral galaxies revealed the barred types were seen far less in this part of the universe 7 billion years ago compared to the amount we see today. This suggests they may be an older stage of a galaxy’s life cycle – forming gradually as masses of stars slightly deviate from their circular path around the galaxy’s center.

“The tiny elongations in the stars’ orbits grow and they get locked into place, making a bar,” explained IBM astronomer Bruce Elmegreen at the time. “The bar becomes even stronger as it locks more and more of these elongated orbits into place. Eventually a high fraction of the stars in the galaxy’s inner region join the bar.”

Older still are elliptical galaxies that lack regions of highly active star formation and are full of elderly red stars.

With the successful launch of the James Webb telescope this week we can hopefully look forward to seeing even more incredible details of such distant marvels in the new year. Our most powerful telescope yet, with infrared capabilities that can penetrate clouds of gas and dust to peer into stellar nurseries, might even help reveal the full lifecycle of a galaxy.

You can read more about the image on NASA’s website.