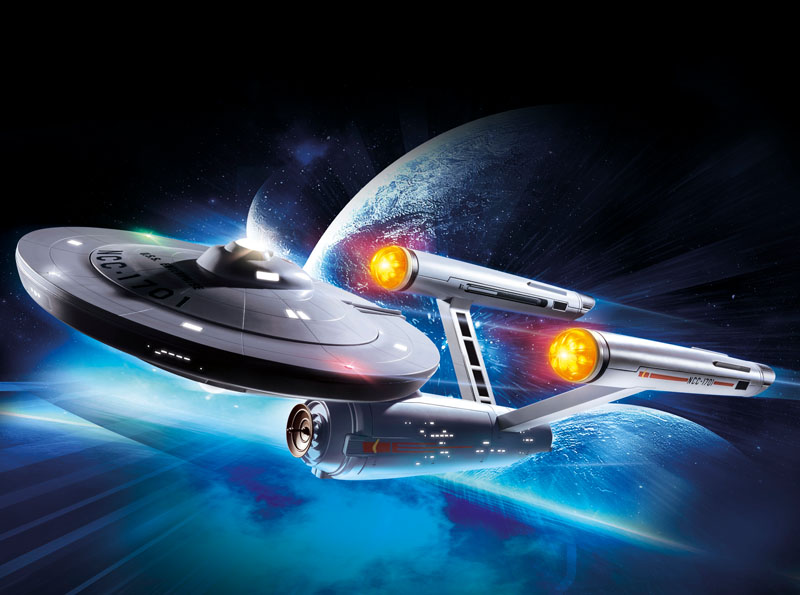 Go boldly where no deal has gone before! You can save over £150 (40%) when you grab the Playmobil USS Enterprise set from Amazon.

This deal is highly logical as this is the lowest this model has ever been, at a time when prices seem to be on the rise all around. 40% off is a huge saving and it’s one of the best Star Trek gifts and deals we’ve seen available.

This set comes with 150 pieces including arguably the most iconic spaceship of all time, and seven of it’s crew members. Sure, this is a great deal but if you want to check out more great sci-fi deals then you can check out our in-depth Lego space deals and space board games deals guides

This awesome USS Enterprise replica is the first of it’s kind for the German toy maker as it was created to celebrate the 50th anniversary of the show. It stands at over three feet long and it comes with a display stand and hanging wires to get the full USS Enterprise experience.

This is also the first time in Playmobil history that a figure features (Vulcan) ears! Spok, alongside Captain Kirk, McCoy, Sulu, Scotty, Uhura and Chekov all feature as part of the set. To make the most of them, there’s a removable roof and main console with command mode, as well as the iconic bridge. There’s also an AR app to control all of the lighting and sound settings – all coming from the original series.

Over £150 is a lot of money to be saving at a time where prices seem to be on the rise everywhere you look. Measuring at over three feet in length (one meter), 19 inches wide (48 centimeters) and 13 inches (34 centimeters) tall, now is the best time to steal the show and grab a discount in the process.