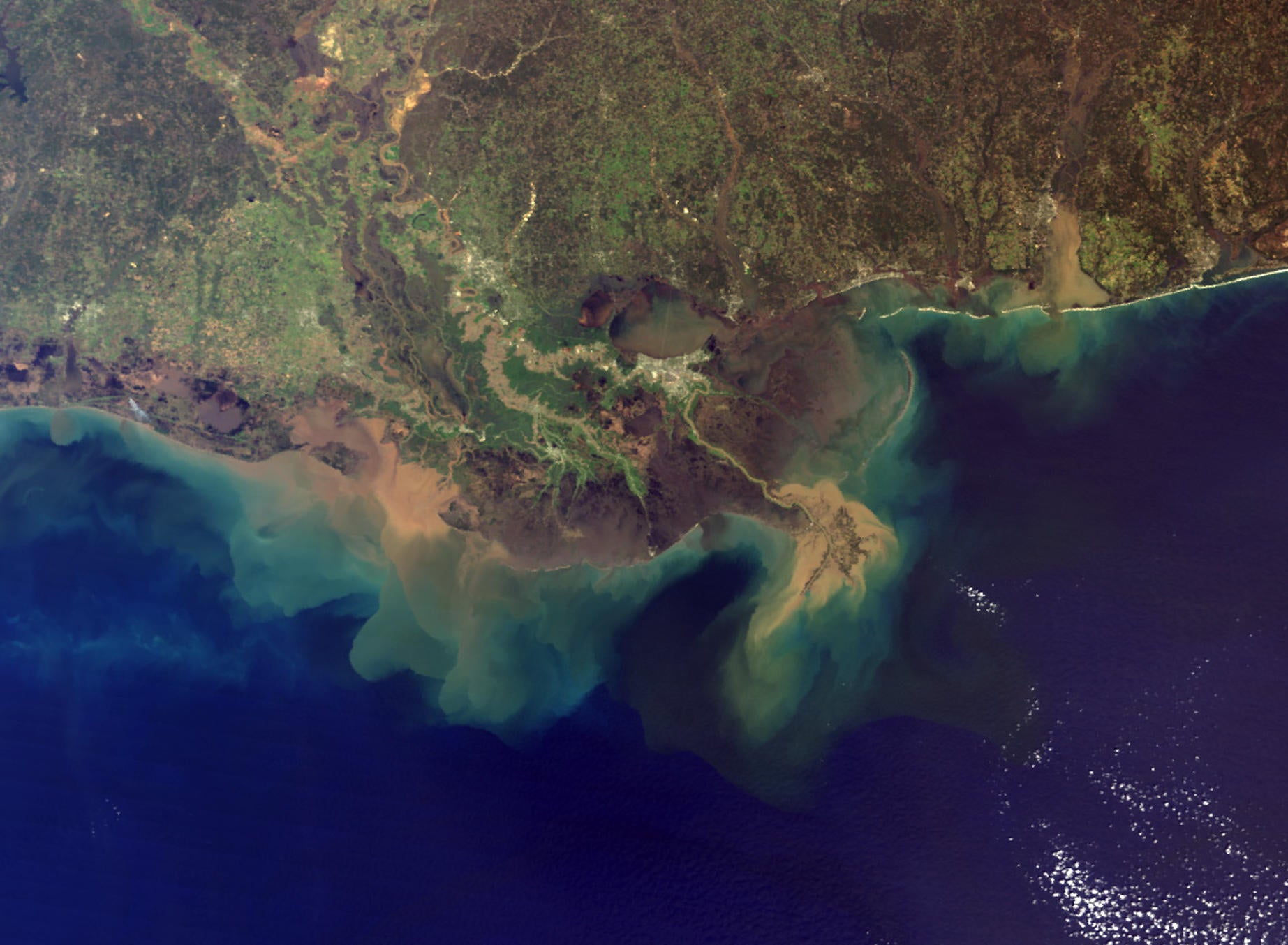 For a ship that sank 80 years ago, the SS Virginia has traveled a fair distance: the oil tanker has moved more than 10 kilometers since it was torpedoed by a German U-boat in 1942.

The shipwreck, located off the coast of Louisiana, is riding lobes of mud moving over the seafloor. These mudflows occur because the Mississippi River is continuously dumping vast quantities of sediments—more than 550 million metric tons each year—into the Gulf of Mexico, and earthquakes and storms occasionally set some of that material moving en masse. Mudflows sculpt the underwater landscape and deliver nutrients to ecosystems, but they can also be destructive: in 2004 a mudflow triggered by powerful waves from Hurricane Ivan toppled an oil and gas platform. “It essentially destroyed the platform and buried it,” says Melanie Damour, a marine archaeologist at the Bureau of Ocean Energy Management’s Gulf of Mexico Region office. Oil has been leaking from the crippled structure ever since, and ongoing cleanup efforts have cost hundreds of millions of dollars. The Gulf of Mexico hosts thousands of oil and gas structures, and Damour says that the threat of an event like this happening again is very real.

There is accordingly a need to better understand the behavior of mudflows in the Gulf. But geophysical surveys that cover large swathes of the seafloor are rare, Damour notes. “The last comprehensive mapping effort that looked at the entire Mississippi River Delta Front took place in 1979,” she says.

This is where the Virginia comes in. From onboard a research vessel, scientists can bounce sound waves off the shipwreck about 85 meters below the surface to pinpoint its location. The more than 150-meter-long metal hull stands out in stark contrast to the rest of the seafloor. “It’s crystal clear what it is,” Damour says.

She and her colleagues found the wreck has moved considerably over time, according to results they presented in December at the American Geophysical Union’s Fall Meeting. A survey other researchers conducted in 2006 and 2007—not long after hurricanes Katrina and Ivan—revealed that the shipwreck had moved southeast by roughly 400 meters since it had last been surveyed in 2004. A more recent survey, completed in 2017, showed it had switched tack and headed southwest, albeit at a slower pace. Overall it has traveled more than 10 kilometers from where it originally sank, the team estimates. That amount of movement is “surprising in the context of how much force is necessary to move a 500-foot-long [more than 150-meter-long] steel-hulled shipwreck embedded in the seafloor—not just once or twice but perhaps dozens of times,” Damour says.

This is the first time a shipwreck has been used to trace mudflows, says Leila Hamdan, a marine ecologist at the University of Southern Mississippi, who was not involved in the research. “I don’t think that anybody has put those two things together prior to this work,” she adds. “But it makes so much sense.”

By tracking the path of the Virginia, researchers are gaining a better understanding of the complex nature of mudflows. “We now know that a mudflow can switch direction,” Damour says. That knowledge helps better assess the risks posed by mudflows and their potential impacts on at-sea infrastructure, she adds.

The researchers plan to survey the Virginia again this fall. They expect to find the wreck has sailed across the bottom yet again, Damour says—particularly given the recent passage of several tropical storms and Hurricane Ida.