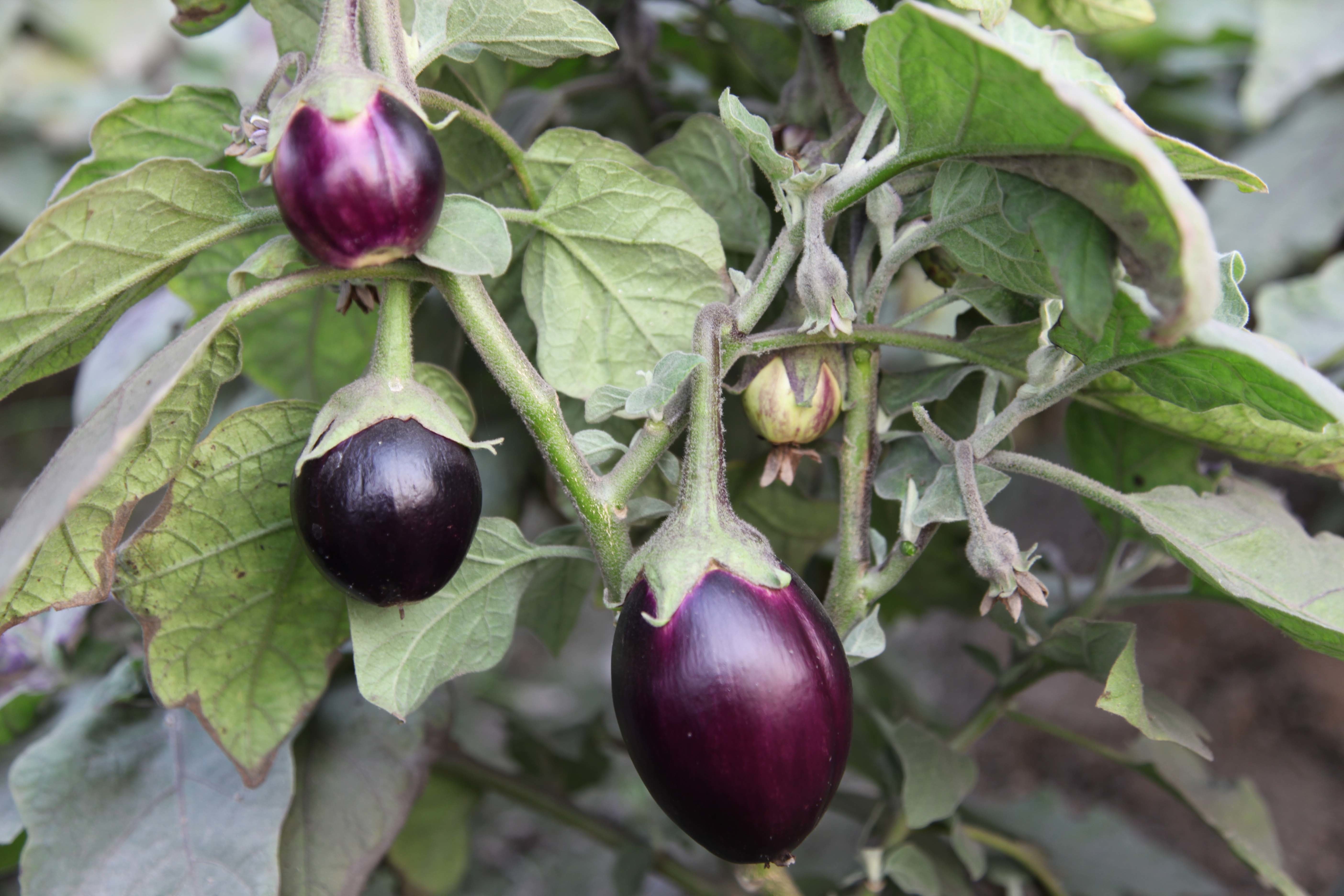 The United Nations Food Systems Summit held last September was eclipsed by a powerful countermobilization effort led by farmers and scientists, as well as civil society groups allied with Indigenous communities and small-scale food producers across the world. These are the very people critical to achieving the summit’s stated goals of ending hunger and promoting sustainable agriculture. The scientists and advocates accused summit organizers of compromising on food security, democratic accountability, sustainability, and the human rights of producers and workers in favor of transnational agribusinesses.

Opposition to the summit had been mounting since July, when hundreds of grassroots organizations challenged the organizers for framing the problem of food systems in narrow, technocratic ways and offering “false solutions” such as biotechnological interventions instead of promoting more sustainable, just and people-first ways of farming. Also in July the Philippines approved commercial cultivation of Bt eggplant, a genetically modified (GM) food that produces a protein that kills eggplant fruit and shoot borers, and “Golden Rice” altered to produce beta-carotene, the precursor of vitamin A. The Philippines thus became the first country in South and Southeast Asia to approve GM rice and the second in the world after Bangladesh to approve GM eggplant.

Advocates of GM crops hailed the Philippines’ move as a triumph of science. Since the U.N.’s food summit was announced two years ago, different groups have steadily reduced applications of science to global problems to a limited set of investor-oriented innovations. Within this orbit, agricultural biotechnology and digitalization are touted as vital to achieving the U.N.’s sustainable development goals.

As governments now debate the way forward from the summit, it is critical to recognize that a narrow focus on technology to address the complex structural problems of farming and food has an astonishingly poor track record. In more than two decades of GM crops’ cultivation, nearly every aspect of GM crop research, development and application has stoked scientific controversy.

At its base, GM crops are rooted in a colonial-capitalist model of agriculture based on theft of Indigenous land and on exploiting farmers’ and food workers’ labor, women’s bodies, Indigenous knowledge and the web of life itself. The green revolution of the 1960s exported this paradigm to ex-colonial countries in South and Southeast Asia. Today this agricultural model is responsible not only for soaring farm debt, depleted soils, and threats to native seeds and biodiversity but also the erosion of farmers’ knowledge and skills. The same model stands implicated in the emergence of novel pathogens and our increased vulnerability to pandemics. For the world to achieve sustainability, this colonial model of agriculture must be dismantled, and promising agroecological approaches premised on working with biodiversity and farmers’ knowledge and skills should be brought center stage.

Maize and soy, along with cotton and canola, dominate the GM market. Most GM crops are engineered with resistance to herbicides and insects, which has not only contributed to the emergence of “superweeds” and soaring pesticide use but has driven the global consolidation of seed and chemical industries. These kinds of crops have principally benefited large-scale farmers, grain traders and multinational behemoths involved in selling seeds and pesticides.

Despite these problems, multinational agribusinesses have latched onto Golden Rice and Bt eggplant as ostensibly pro-poor technologies to win over smallholder farmers and consumers in the Global South. Since 2008 the International Rice Research Institute, based in the Philippines, has led Golden Rice’s development with support from the Bill & Melinda Gates Foundation and in partnership with Syngenta (which owns rights to the rice) to address vitamin A deficiency (VAD) among the poor, especially children and pregnant women.

A crucial, unresolved question has been whether children can actually absorb beta-carotene from the rice. Its vitamin A content is low—relative to other, culturally more appropriate sources such as carrots and some leafy vegetables—and degrades with storage at room temperature, exposure to air and cooking.

The only available feeding study, published in 2009, had adult subjects eating Golden Rice, along with butter, oil, cashew nuts, meat and salad. More than 300 kilocalories came from fats, which aid the absorption of vitamin A. These conditions are hardly representative of poor, food-insecure households. Further, while efforts to introduce the trait into a local rice in Bangladesh have met with some success, in India, similar efforts resulted in a variety unsuitable for cultivation.

Such serious limitations would have derailed another project but not Golden Rice. In an exercise in grandstanding, more than 120 Nobel laureates endorsed an emotive appeal in 2016 supporting Golden Rice. This campaign involved figures such as a former Monsanto PR executive. Meanwhile studies by the Food and Nutrition Research Institute indicate marked success in combating vitamin A deficiency without any Golden Rice. Nutrition education, capsule supplements and other public programs in the Philippines have brought VAD down from a peak of 40.1 percent in 2003 to 15.5 percent in 2018–2019.

Bt eggplant was developed by the Indian company Mahyco, in which Monsanto held a 26 percent stake. It has stalled in India for more than a decade in part because of serious concerns of inducing antibiotic resistance in consumers, critically flawed toxicological analyses and threats to biodiversity. The same GMO has, however, been successfully marketed in Bangladesh and now the Philippines by actors linked to the Cornell Alliance for Science (a group backed by the Gates Foundation) and USAID. It is showcased as an innovation that will reduce both pesticide usage and losses from the eggplant fruit and shoot borer.

Yet research to support these claims tends to be both short-term and limited largely to monetary parameters. Bt cotton in India was marketed, starting in 2002, on the same twin planks of reduction in pesticide usage and losses from bollworms. Reviewing 18 years of experience, scientists found that pink bollworms became resistant to Bt cotton within a few years of large-scale adoption, forcing farmers to spray lethal amounts and fatal combinations of pesticides. The review concluded that Bt cotton’s primary contribution to Indian agriculture was escalating pesticide use and costs of cultivation “rather than any enduring agronomic benefits.”

GM crops have already saturated markets in corn, canola and soy in North and South America. For expansion, agribusiness is eyeing markets in lower-income countries and looking at smallholder crops, such as eggplant, millet and cassava. It is also assessing the use of gene editing as a tool to modify crop genomes.

It is therefore no surprise that the special envoy to the U.N. Food Systems Summit, Agnes Kalibata, was chosen from the Gates Foundation–sponsored Alliance for a Green Revolution in Africa, an organization well known for its GM advocacy. Nor is it surprising that after the U.N. entered into a strategic partnership with the World Economic Forum, summit science has come to mirror the forum’s “fourth industrial revolution” approach to food systems change.

To connect investor-friendly tech innovations to the WEF’s plank of free trade, the summit’s leadership presents a simplistic picture of science—where technology innovates food systems without considerations of power and politics.

Yet decades of research has shown how biotechnology science is path-dependent, becoming more powerful as things such as patents make it increasingly lucrative for universities to do biotech research. More biotech research means more lab facilities, faculty and staff jobs, along with greater funding to support students who pursue this line of work. Over time, it has progressively become harder to conduct and publish research critical of GM crops. In effect, biotechnology has “locked out” other innovations, including agroecology.

Still, the case for agroecology grows stronger the more researchers learn. For instance, in 2009 a study comparing 840 MASIPAG farmers, part of a farmer-scientist network in the Philippines, found that 88 percent of agroecological adopters saw improvements in their food security, compared with 44 percent of nonadopters. Farmers who transitioned to agroecology ate 68 percent more vegetables, 56 percent more fruit, 55 percent more protein-rich staples and 40 percent more meat than before. New research by Debal Deb of the Center for Interdisciplinary Studies in India shows that mixed cropping patterns of Indigenous farmers in eastern India are significantly more productive than the single-cropping model of industrial farming.

Critics like to say these studies are cherry-picked. But the High Level Panel of Experts in 2019 took this challenge on. Its results show that agroecology has received much less investment in R&D than ecofriendly spins on the dominant technocratic approaches. Yet agroecology continues to generate ecological and social gains across scales, particularly when formal research institutions recognize the expertise of social movements and when women’s rights are central. Biodiversity-rich farms with complex relationships among multiple species are also more resilient and sustainable. A new meta-analysis of two decades of research found that agroecological practices improve nutrition and food security outcomes in low- and middle-income countries—and the more practices farmers included, the greater the benefits.

To say that smallholder and Indigenous agroecologists are experts in their own right is not to say things are fine for them. COVID-19 brought preexisting vulnerabilities and inequalities into sharp relief. It highlighted that a food system based on global supply chains, market-led food provision and export orientation—exactly the approach promoted by the U.N. Food Systems Summit—is brittle and prone to crisis. Rather than celebrate grossly inadequate and unscientific solutions, the global community must support what hundreds of millions of agriculturalists represented by the Civil Society and Indigenous Peoples Mechanism are asking for: robust international support for agroecology within a governing framework of human rights, peasant rights, and food sovereignty.