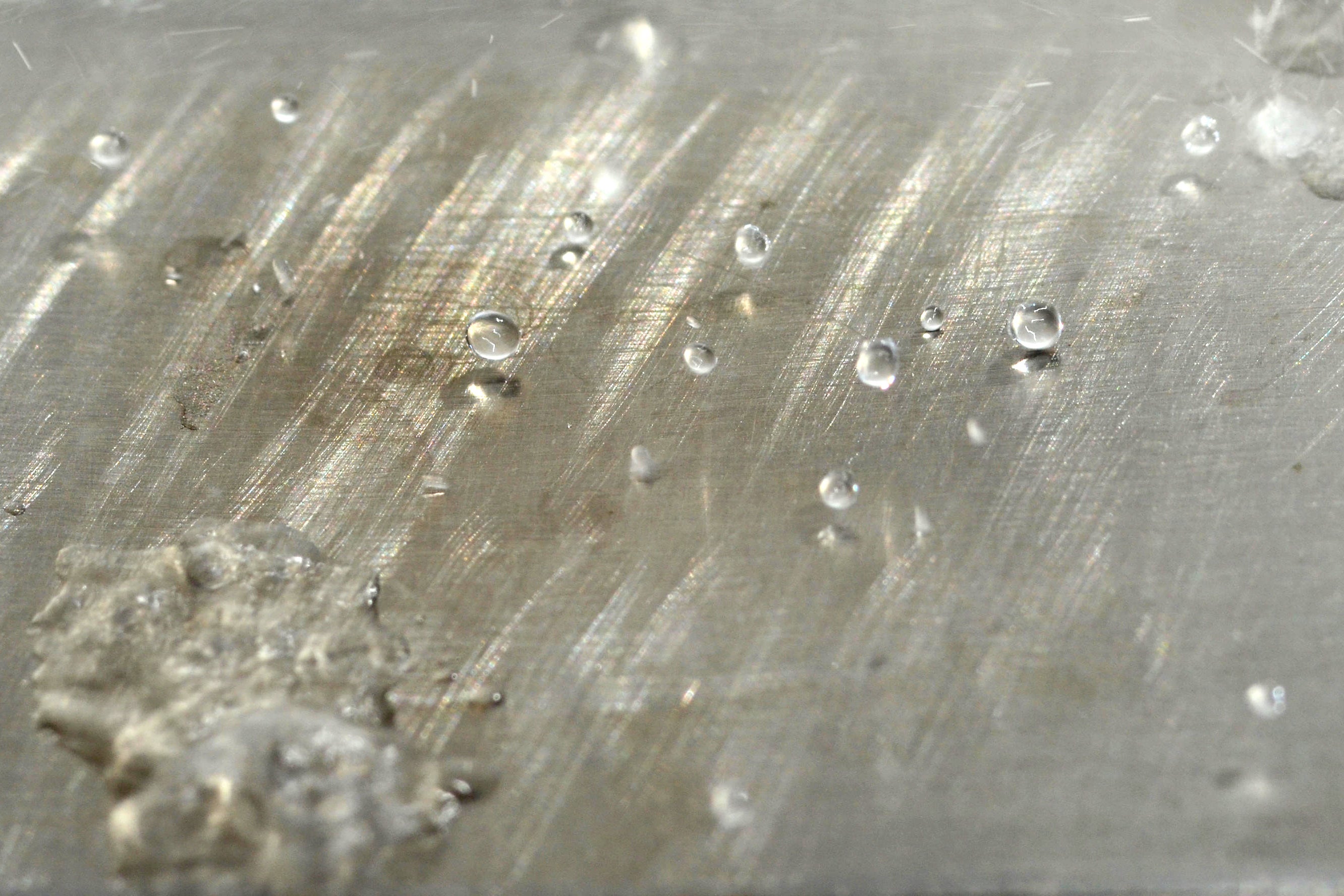 By pushing a well-known physics phenomenon called the Leidenfrost effect to the extreme, a group of researchers at Virginia Tech caused frozen disks of ice to hover over a hot aluminum surface. Outside of the lab, they say, engineers could harness the effect to create stronger metals or even fight wildfires. The results were published in Physical Review Fluids.

The Leidenfrost effect is named for Johann Gottlob Leidenfrost, a German physician who described the phenomenon in 1756. He noticed that when he placed a drop of water on a very hot surface, the liquid did not evaporate immediately, as he had expected, but rather skittered around like a whirligig beetle before eventually burning off as steam. Upon investigation, Leidenfrost discovered that a tiny cushion of vapor—about one millimeter thick—had formed beneath the water. This air pocket acted as insulation, levitating each droplet and keeping it liquid for longer.

The Virginia Tech researchers wanted to see whether they could achieve the same effect using ice. “It just started off as a curiosity sort of experiment,” says Jonathan Boreyko, a mechanical engineer at Virginia Tech and the study’s senior author.

To the group’s surprise, the ice did not levitate at 150 degrees Celsius (about 300 degrees Fahrenheit), the hot-plate temperature that causes water to hover. And it did not levitate when the scientists raised the metal plate’s temperature to 300 degrees C, the upper limit for most Leidenfrost experiments. “These authors went further,” says Felipe Pacheco-Vazquez, a physicist at the Meritorious Autonomous University of Pueblo in Mexico, who was not involved in the study.

Ultimately, the researchers cranked up the heat to a blistering 550 degrees C (1022 degrees F). Only then did the ice begin to hover above the plate. “We couldn’t take it any hotter because it would start to melt or warp the aluminum,” Boreyko says.

The 400-degree-C difference between the temperature required to levitate water and ice was puzzling, especially because it is four times the gap between water’s freezing point (0 degree C) and its boiling point (100 degrees C). When the team took a closer look, it discovered a layer of meltwater separating the ice puck from the superhot plate. Below the water was a classic Leidenfrost vapor pocket, resulting in all three phases of water stacked on top of one another like a floating parfait. The researchers theorize that the meltwater acted as a buffer for the heat, dissipating nearly 70 percent of it while caught between boiling temperatures below and cold ice above. Thus, a much larger quantity of energy would be needed to trigger the type of boiling that produces vapor on a large scale, says Mojtaba Edalatpour, a graduate fellow at Virginia Tech and lead author of the study.

“Clearly, there is an impact for engineering applications,” Pacheco-Vazquez says. Water is routinely used in metallurgy to quench hot iron and steel, making them stronger by rapidly locking the metal atoms into a hard lattice. In theory, quenching with ice would cool the metals faster, making this atomic lattice even more durable—though the effect would require very precise temperature control to prevent shattering caused by internal stress.

Boreyko and Edalatpour suggest that this effect could even be useful in fighting fire. Wildfires—such as the Marshall Fire that recently devastated Boulder, Colo.—routinely rage at 550 degrees C or hotter, which vaporizes water on contact. But if firefighters dropped ice from helicopters rather than water, the energy required to turn it to vapor could suck much more heat from the flames. A wildfire’s unpredictable surface texture and temperature could limit effectiveness, as could the physical difficulty of keeping ice frozen long enough to drop it. But if those obstacles can be surmounted, the approach holds firefighting promise.