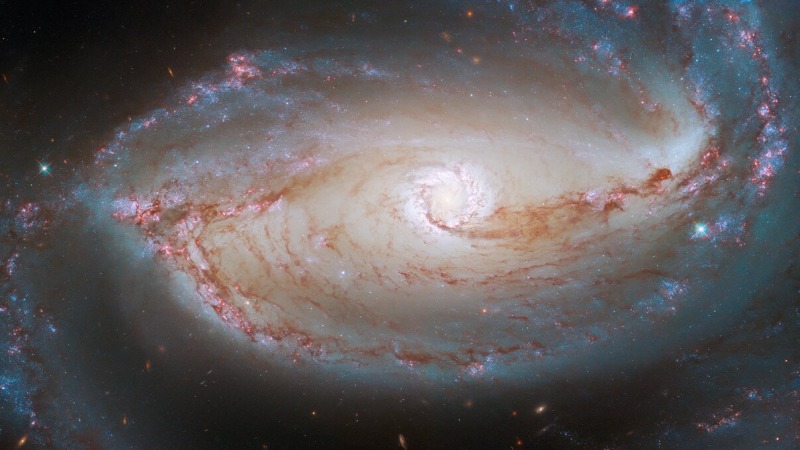 A new Hubble Space Telescope clearly captures the heart of a distant galaxy structured much like our own.

The new image shows the “eye” of a galaxy called NGC 1097, which is located 48 million light-years away from Earth. NGC 1097 is a barred spiral galaxy, which puts it in the same category as the Milky Way.

“This picture reveals the intricacy of the web of stars and dust at NGC 1097’s center, with the long tendrils of dust picked out in a dark red hue,” officials from the European Space Agency, which is a partner on the Hubble Space Telescope project, said in a statement.

Two instruments aboard Hubble helped contribute to the high-definition view: the Wide Field Camera 3 and the Advanced Camera for Surveys. (The latter instrument just celebrated 20 years in space after installation during a 2002 servicing mission to the observatory.)

The stunning new image relies on Hubble’s ability to see in both visual and infrared (heat-seeking) wavelengths of light, rather than only the light that a human eye can detect.

The two cameras are each optimized for a specific set of wavelengths, and the image was composed “using seven different filters in total” across the instruments, ESA officials explained. The image is then colorized in visual wavelengths for public release.

Further out in space, the recently launched James Webb Space Telescope will soon be doing observations of its own concerning galaxies, to learn more about their structure and evolution.