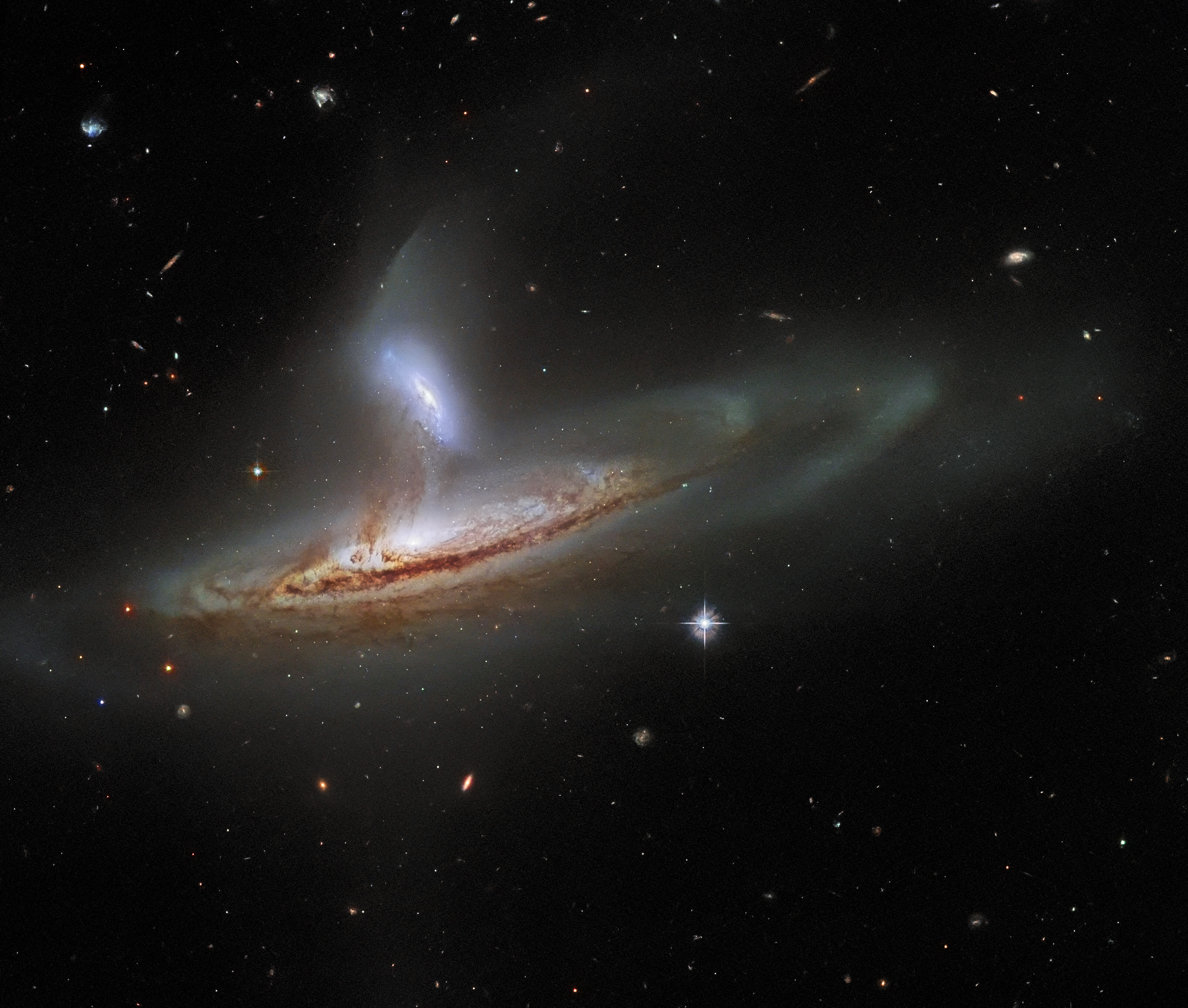 Deep within the Andromeda constellation, some 320 million light-years away, two galaxies are consumed by a gravitationally bound dance, and the Hubble Space Telescope has just photographed the action in extraordinary three-dimensional detail.

The two dancers are the smaller polar-ring galaxy IC 1559 (top) and the larger spiral galaxy NGC 169 (bottom). Collectively, they are known as Arp 282, as designated in Halton Arp’s Atlas of Peculiar Galaxies.

It’s not unusual for galaxies to interact gravitationally. “Astronomers now accept that an important aspect of how galaxies evolve is the way they interact with one another,” NASA officials wrote in a statement. “Galaxies can merge, collide, or brush past one another — each interaction significantly affecting their shapes and structures.”

It is difficult, however, to photograph such an interaction in a way that clearly demonstrates its movement within three-dimensional space. In the case of Arp 282, Hubble was at the perfect angle to capture the strands of stars, dust and gas being pulled by tidal forces from one system to the other.

If Arp 282 were tilted at a different angle, the telescope might never have been able to image the dance so clearly. Imagine looking at this scene through the bottom of NGC 169, for example — it’d be unlikely to see the distortion of the two galaxies as crisply.

It’s also fortunate that the instrument took this image in visible light. Both IC 1559 and NGC 169 have active galactic nuclei (AGN), meaning their cores are “monumentally energetic,” per NASA. In other words, they have supermassive black holes expelling vast quantities of energy in the full range of the electromagnetic spectrum.

“If the image revealed the full emission of both AGNs,” NASA officials wrote, “their brilliance would obscure the beautifully detailed tidal interactions we see in this image.”