Several tombs and a leaden sarcophagus likely dating from the 14th century have been uncovered by archaeologists at Notre-Dame cathedral in Paris following its devastating 2019 fire.

The burial sites “of remarkable scientific quality” were unearthed during preparatory work for rebuilding the ancient church’s spire at the central spot where the transept crosses the nave, the culture ministry announced late Monday.

Among the tombs was the “completely preserved, human-shaped sarcophagus made of lead”. 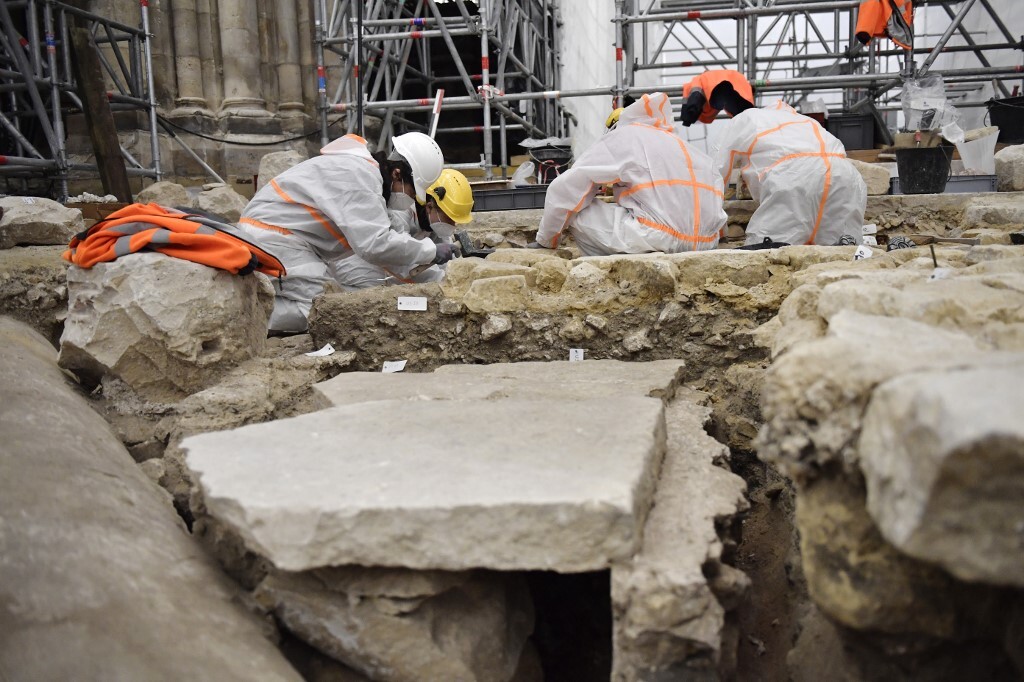 It is thought the coffin was made for a senior dignitary in the 1300s – the century following the cathedral’s construction.

As well as the tombs, elements of painted sculptures were found just beneath the current floor level of the cathedral, identified as parts of the original 13th-century rood screen – an architectural element separating the altar area from the nave.

During a visit by AFP on Tuesday, archaeologists were delicately cleaning and excavating the sculptures emerging from the ground, including a pair of carved hands. 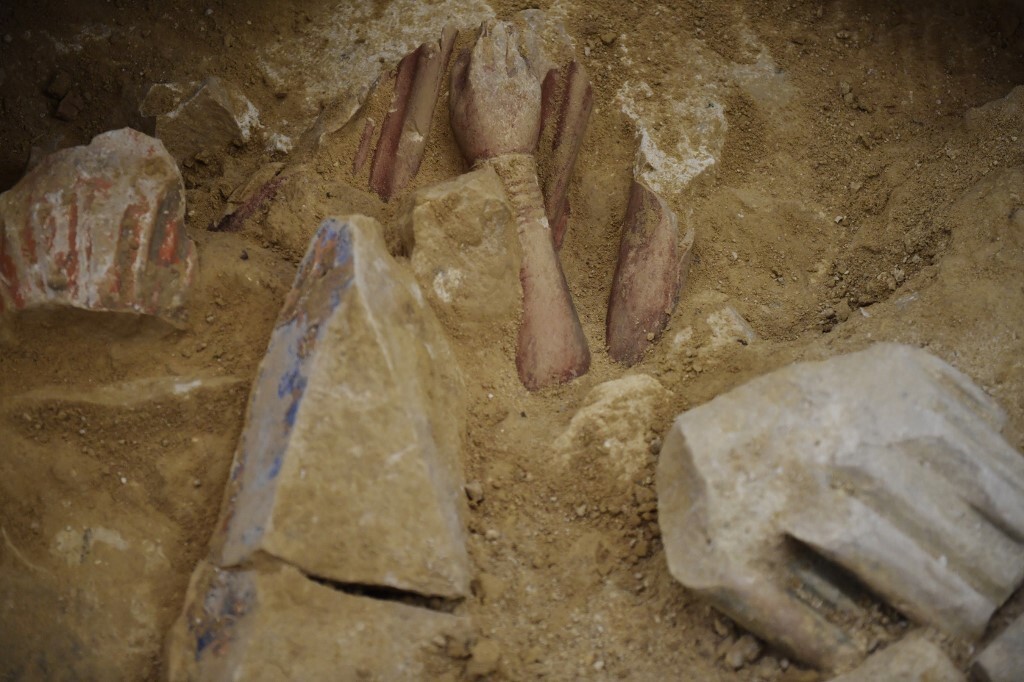 The bust of a bearded man and some sculpted vegetables, with traces of paint still visible, had been removed.

The team has already used a mini endoscopic camera to peek inside the sarcophagus, which appeared to be warped by the weight of the earth and stones.

“You can glimpse pieces of fabric, hair and above all a pillow of leaves on top of the head, a well-known phenomenon when religious leaders were buried,” said Christophe Besnier, the lead archaeologist.

“The fact that these plant elements are still inside means the body is in a very good state of conservation,” he added. 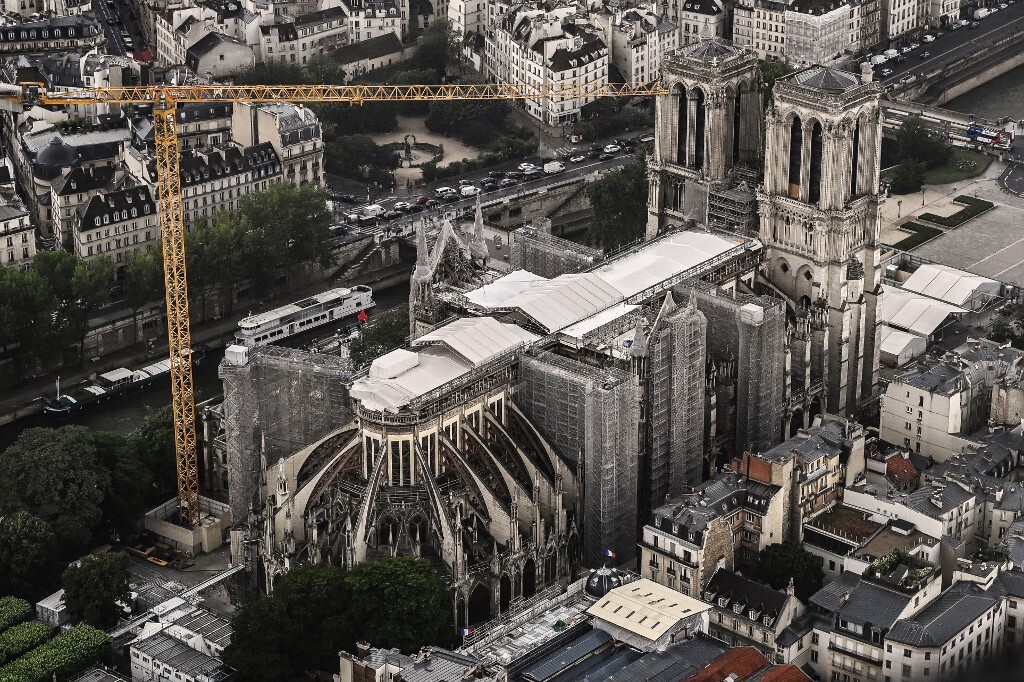 An aerial view of the Notre-Dame de Paris Cathedral in July 2021. (Bertrand Guay/AFP)

Its discovery will help improve our understanding of funeral practices in the Middle Ages, added Dominique Garcia of the National Institute of Archaeological Research.

The discoveries were made as reconstruction teams prepared to install huge scaffolding to rebuild the spire, and needed to check the stability of the ground.

In the process, they discovered an underground heating system from the 19th century, with the sarcophagus lying among its brick pipes.

Despite the excitement of the find, the clock is ticking for the archaeologists.

They have been given until March 25 to finish their work before the reconstruction project resumes – in order to keep to a planned reopening of the cathedral in 2024.