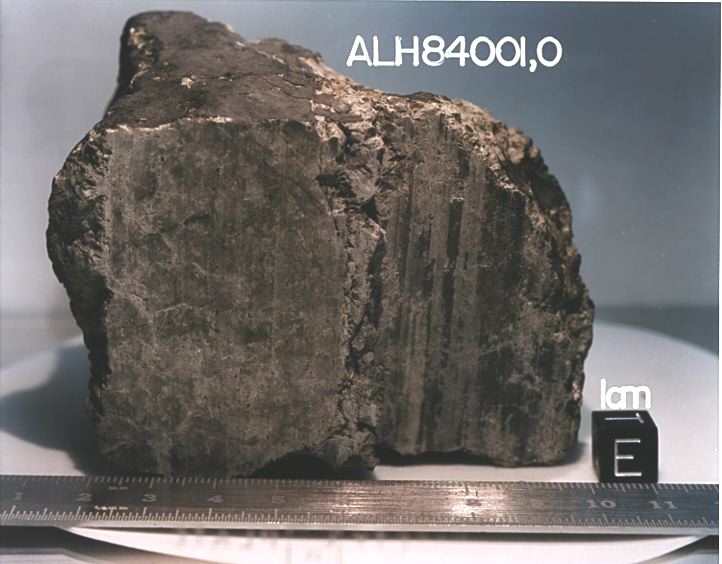 Organic molecules found in a Mars meteorite that crash-landed on Earth are not signs of life, but instead formed in chemical reactions between water and rock on the Red Planet about 4 billion years ago, a new study finds. These findings could shed light on the origins of the building blocks of life on early Earth, researchers add.

Organic molecules generally include any compound with carbon, and they may possess oxygen, nitrogen, sulfur and other elements as well. Organic compounds are often associated with life, but they can arise due to “abiotic” or non-biological activity as well. Previous research detected numerous organic chemicals in Red Planet rocks, as well as the organic gas methane in Mars’ atmosphere. However, the origins of these compounds has proven controversial.

In the new study, researchers focused on the Allan Hills 84001 meteorite, also known as ALH 84001. The rock was discovered in the Allan Hills in Antarctica in 1984, and subsequent work revealed that a cosmic impact blasted it off the Red Planet about 17 million years ago; it then plummeted to Earth about 13,000 years ago.

“ALH 84001 is one of the most studied rocks, if not the most studied rock, we have,” Andrew Steele, an astrobiologist and senior staff scientist at the Carnegie Institution for Science in Washington, D.C., who led the new research, told Space.com. “To find something new in the meteorite that opened the door to understanding the observations made over many years was very cool.”

For years, scientists have argued over how organic chemicals in ALH 84001 formed. Possible explanations have included abiotic factors, such as volcanic activity or cosmic impacts, as well as ancient life on Mars or contamination from our planet after the meteorite fell to Earth.

To help solve this mystery, the researchers analyzed tiny minerals within the meteorite. They discovered that organic compounds in the meteorite were associated with serpentine-like minerals. Serpentine is a dark green mineral, sometimes mottled or spotted like a snake’s skin, that is associated with once-wet environments.

These findings suggest the organic chemicals in ALH 84001 may have formed due to water-rock interactions similar to ones known to happen on Earth. One process, called serpentinization, happens when iron- or magnesium-rich volcanic rocks chemically interact with circulating water, changing their mineral nature and producing hydrogen. The other interaction, called carbonation, involves rocks reacting with slightly acidic water containing dissolved carbon dioxide to form carbonate minerals.

The researchers suggested the organic compounds in ALH 84001 formed when volcanic rock interacted with briny fluids early in Mars’ history. The findings may shed light not just on how well Mars could have supported or could still support life, but also on other destinations. All in all, this works suggests “how some important building blocks for life were produced on early Earth, and are being produced elsewhere in our solar system,” such as Saturn’s moon Enceladus, Steele said.

The new research isn’t the first time the meteorite has interested scientists investigating the origin of life. There was once a great deal of controversy over whether or not ALH 84001 included fossils of microbes from Mars. Much research now suggests abiotic factors could help explain these seeming fossils.

“I think the debate on this meteorite polarized the community many years ago but I think a lot of that polarization has eased over the years,” Steele said. “I hope this paper inspires the debate again in a positive way.”

The scientists detailed their findings in the Jan. 14 issue of the journal Science.