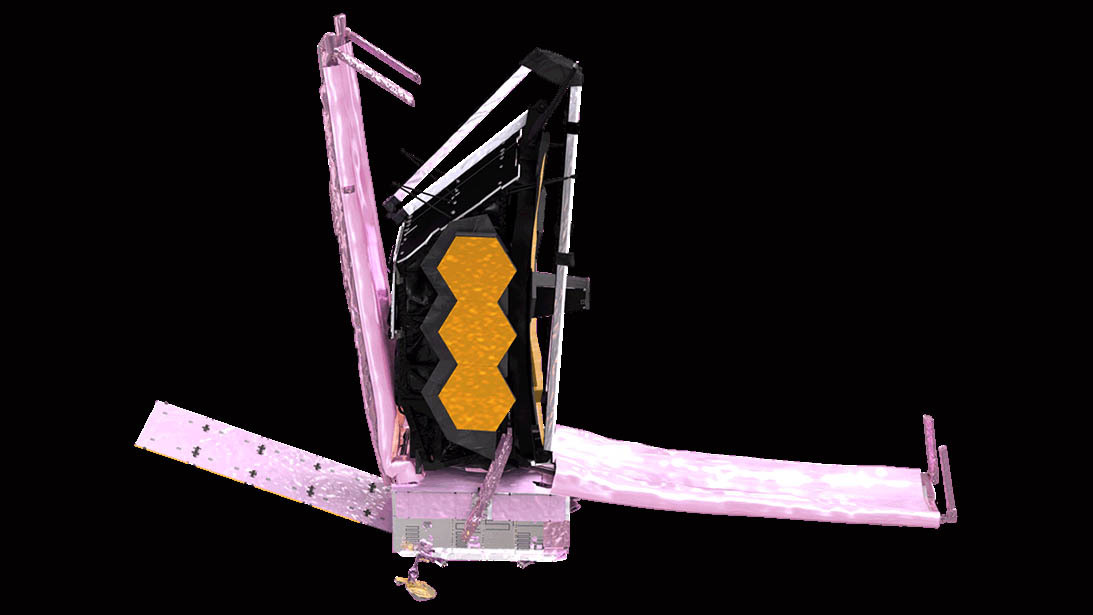 NASA’s massive new space observatory has entered its most perilous phase yet as it begins the careful process of unfurling its delicate sunshield.

The James Webb Space Telescope launched on Sunday (Dec. 25) and will be a revolutionary new observatory focused on studying the universe in infrared light. But first, it has to survive a monthlong trek out to its final post and a carefully choreographed deployment process.

On Tuesday (Dec. 28), the spacecraft notched another key step in that deployment as it unfolded the Forward Unitized Pallet Structure (UPS) of its vast sunshield, according to a NASA statement. The process took four hours and concluded at 1:21 p.m. EST (1821 GMT), according to the agency. Webb will now mimic that process with the Aft UPS.

Unfolding the forward UPS included dozens of individual steps, NASA officials wrote. The successful maneuver marks the first step in the five-day-long process of preparing the sunshield, which will protect Webb’s sensitive instruments from the sun’s radiation.

The process will likely finish around Jan. 3, although each stage of the deployment sequence is controlled from the ground and the timeline can be adjusted as NASA and its partners see fit.

After unfolding the two UPS structures, Webb’s next key steps will be to unfold the Deployable Tower Assembly, release the sunshield cover and begin unfurling the sunshield itself.

If all goes according to plan, the observatory will be in its final configuration and orbit within one month of launch. The spacecraft will orbit Earth-sun Lagrange point 2, or L2, a point located nearly about 930,000 miles (1.5 million kilometers) away from Earth on the side opposite the sun. Like the delicate sunshield, this location is crucial for allowing the instruments to gather infrared observations.