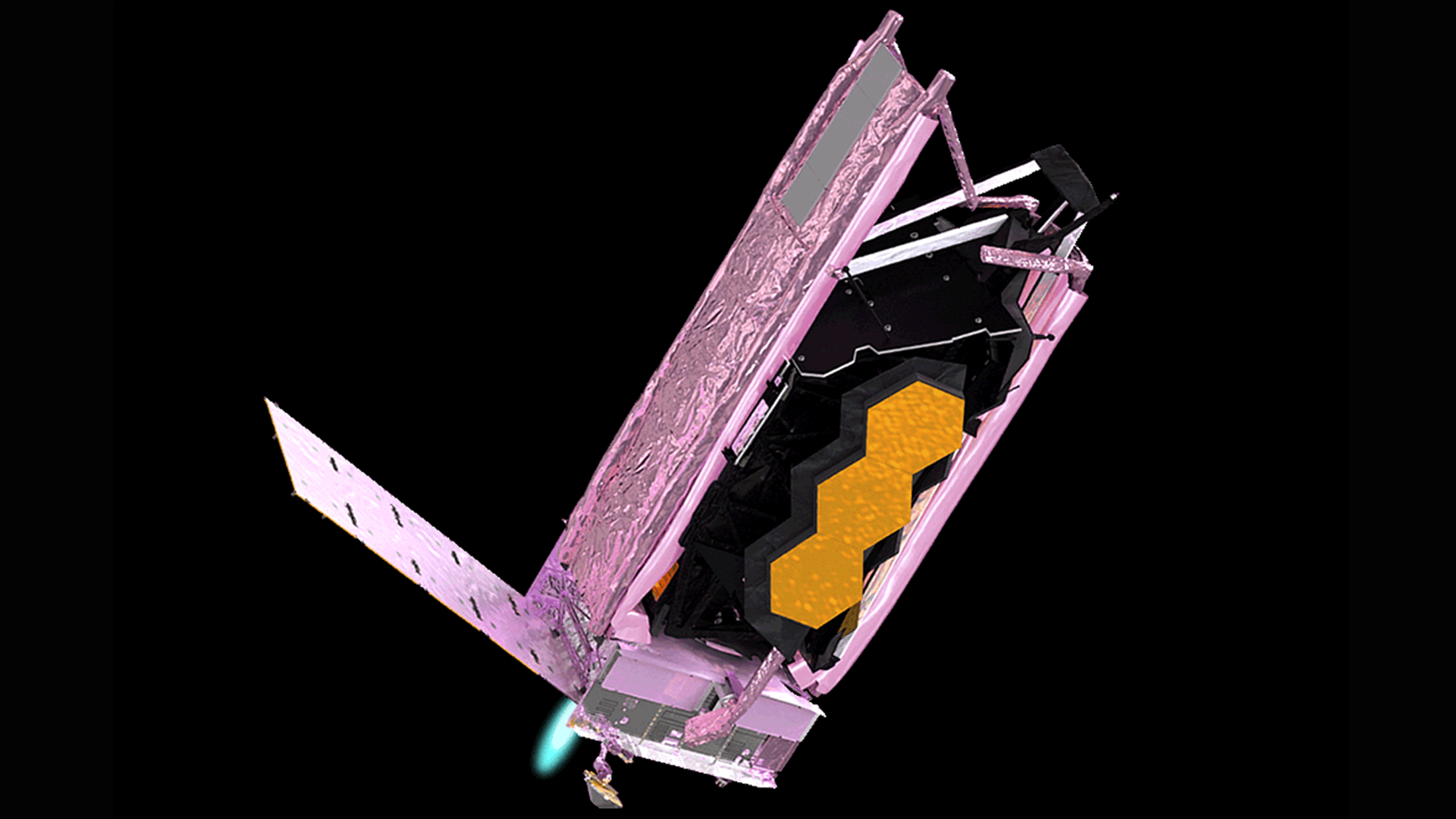 NASA’s next-generation space observatory has sailed beyond the orbit of the moon after nailing the second of three required course-correction burns, agency officials said Monday.

The long-awaited James Webb Space Telescope launched on Saturday (Dec. 25), beginning a one-month deployment process. Over the course of that deployment, the observatory must execute three burns to adjust its trajectory, the first of which began 12.5 hours after launch and lasted 65 minutes; the second, much shorter burn, is now also complete.

“It’s been a busy evening! Not only did we just complete our second burn, but #NASAWebb also passed the altitude of the Moon as it keeps cruising on to the second Lagrange point to #UnfoldTheUniverse,” Webb mission officials wrote. “Bye, @NASAMoon!”

(“Bye, moon,” is not literal here; the moon was elsewhere in its orbit and there was no close flyby. In fact, according to astronomer Jonathan McDowell, the observatory was closest to the moon while on the launch pad, since the spacecraft launched in the opposite direction.)

The spacecraft will execute its third and final course-correction burn about 29 days after launch, according to a NASA deployment timeline. This burn will be the mission’s orbital insertion burn, establishing the spacecraft in a halo orbit around a point in space known as L2, or Earth-sun Lagrange point 2.

This location is nearly 1 million miles (1.5 million kilometers) away from Earth on the side opposite the sun. The remote location will help Webb detect infrared light precisely with minimal interference from the sun.

For now, however, the focus turns to the observatory’s massive sunshield, which was carefully folded up for launch. Now, the spacecraft must unfold the shield, which stretches as long as a tennis court, and separate its five ultrathin layers. The sunshield, like Webb’s location, is integral to the mission’s goal of observing infrared light.

Sunshield deployment is tentatively scheduled to begin on Tuesday (Dec. 28), three days after launch, although each stage of deployment is controlled by personnel on the ground and the timeline is flexible.