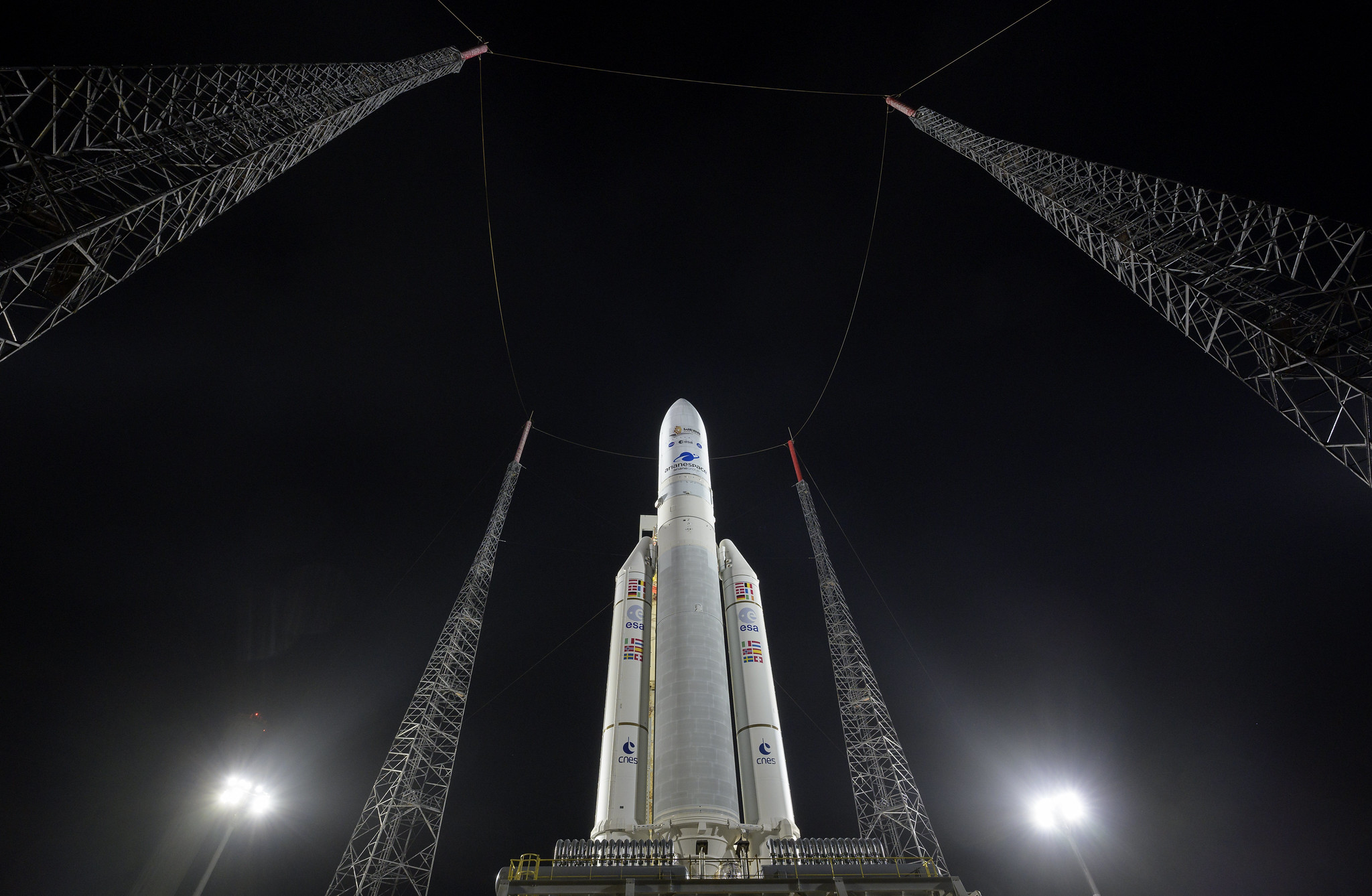 About four hours before the planned Christmas morning launch, the Ariane 5 rocket began filling up with 175 tons of propellant; 150 tons of liquid oxygen and 25 tons of liquid hydrogen are now flowing into the rocket’s core stage. Another 15 tons of propellant will be loaded into the rocket’s upper stage, and fueling is expected to be completed by one hour and 22 minutes before launch, a NASA spokesperson said in an update on NASA TV.

The James Webb Space Telescope is scheduled to lift off from the Guiana Space Center in Kourou, French Guiana, at 7:20 a.m. EST (1220 GMT). You can watch live launch coverage here on Space.com, courtesy of NASA TV, beginning at 6 a.m. EST (1100 GMT).

Early birds 🤝 Night owlsExcited for the #NASAWebb launchFueling of the @Ariane5 rocket has begun ahead of a 7:20 AM ET (12:20 UTC) launch from Europe’s Spaceport in Kourou, French Guiana. Live coverage starts at 6 am ET (11:00 UTC). #UnfoldTheUniverse https://t.co/RyJmhSb3ML pic.twitter.com/hbBLhSIQlzDecember 25, 2021

“A series of other briefings will be conducted over the next few hours to ensure that conditions remain favorable for launch,” NASA’s spokesperson added, “all this while Webb’s systems are being carefully monitored for the momentous launch of the largest most powerful telescope ever sent away from our planet.”