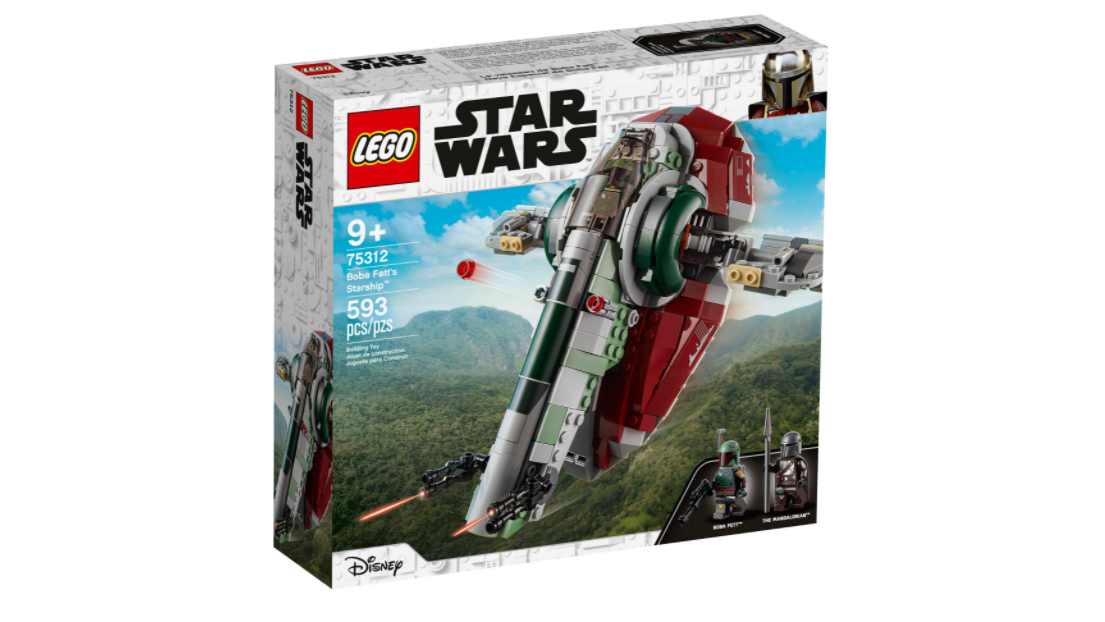 It’s always great to save on a Lego Star Wars set, and with the recent success of Disney Plus’ “The Book of Boba Fett,” now is the best time to get the bounty hunter’s ship.

A saving of $10 isn’t just a good deal on the surface, but it’s even better knowing this is the lowest price that this 593-piece set has been, and it is featured in our best Lego Star Wars deals guide.

Ideal for fans of all eras of Star Wars, Boba Fett’s Starship comes with two minifigures (Boba Fett and the Mandalorian) and other playable features like stud shooters and rotating blaster canons.

If you are looking for a galactic deal for yourself, the Jedi Knight or the Padawan in your life, be sure to check out our best star wars gifts and deals and our best space gifts guides.

A saving of $10 is a pretty great deal given the playability options of this set. The minifigures of both Boba Fett and the Mandalorian mean anyone playing with the ship can reenact adventures from some on Disney’s hit series or create their own.

To add to the playability of this Lego Star Wars set, there’s also the option of functioning stud shooters, as well as rotating dual blaster canons. There’s also a minifigure cockpit and rotating wings as well as a handle for easier flying. The set includes a transporter vehicle to move the Starship.

Aside from the playability of the finished product, the build itself will be enjoyable, too — which can really make or break a Lego product. The 593 pieces represent good value; you’ll spend enough time building the set without getting frustrated or bored working on it for too long.

Now is the best time to grab this galactic deal as it’s at its lowest-ever price, all while The Mandalorian and The Book of Boba Fett are all available to stream on Disney Plus.