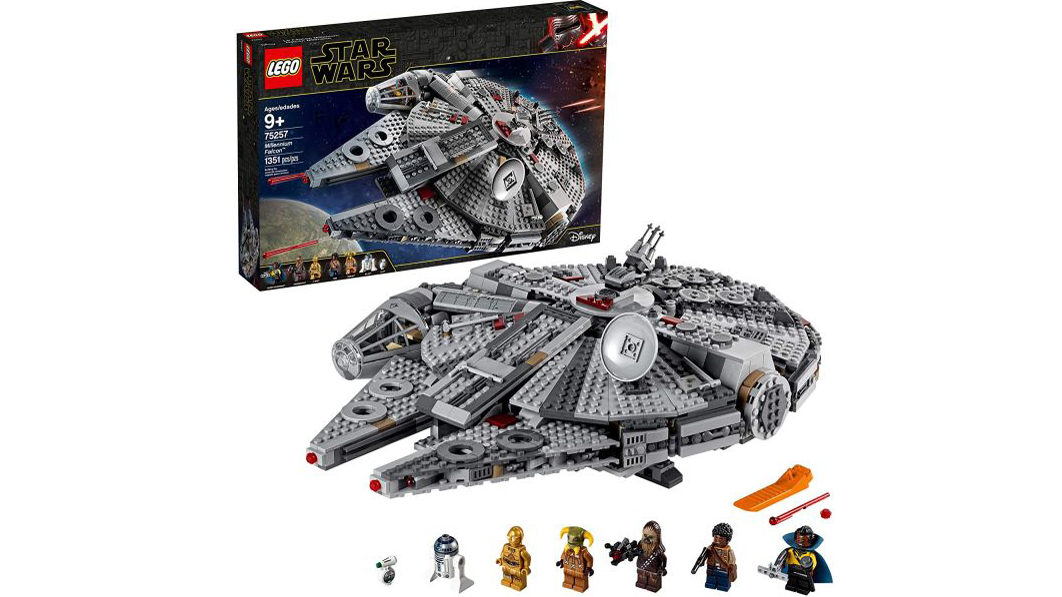 Prices seem to be on the rise everywhere you turn these days. Fortunately, however, that isn’t the case for some great Lego “Star Wars” sets.

All of these sets are larger builds so will require more time to complete. All will act as a great centerpiece model, but The Bad Batch Attack Shuttle offers great playability options, too. If you are after more great “Star Wars” content and other great space-themed deals, be sure to check out our “Star Wars” gifts and deals, Lego space deals and our best Lego deals guides.

In terms of Lego sets, the Lego Millennium Falcon is our pick of this bunch. 1,351 pieces is impressive and means you will have hours of fun building the set. It makes a fantastic centerpiece model. But with moving compartments like rotating gun turrets, spring-loaded shooters and an opening and closing cockput, this is also a fantastic model to play with. It comes with seven minifigures, including C3PO, R2-D2 and Chewbacca. You can also read our review of the model.

In terms of savings, The Bad Batch Attack Shuttle is the stand-out. While the money you save is the same amount as the Millennium Falcon, the discount is 22%, which we think is pretty good. It comes with 969 pieces and minifigures of The Bad Batch clones as well as a Gonk Droid. Spring-loaded shooters, movable wings, weapons storage and a speeder add to the endless playing options of this set.

Last and by no means least is the Lego Imperial Probe Droid, the third of the Lego “Star Wars” sets from our guide of best Lego “Star Wars” sets on sale. This is, and probably always will be, a great choice of set. It comes with 683 pieces and a display stand, so its impressive height of 27 centimeters (10.5 inches) means it’ll look cool in any room its put in.