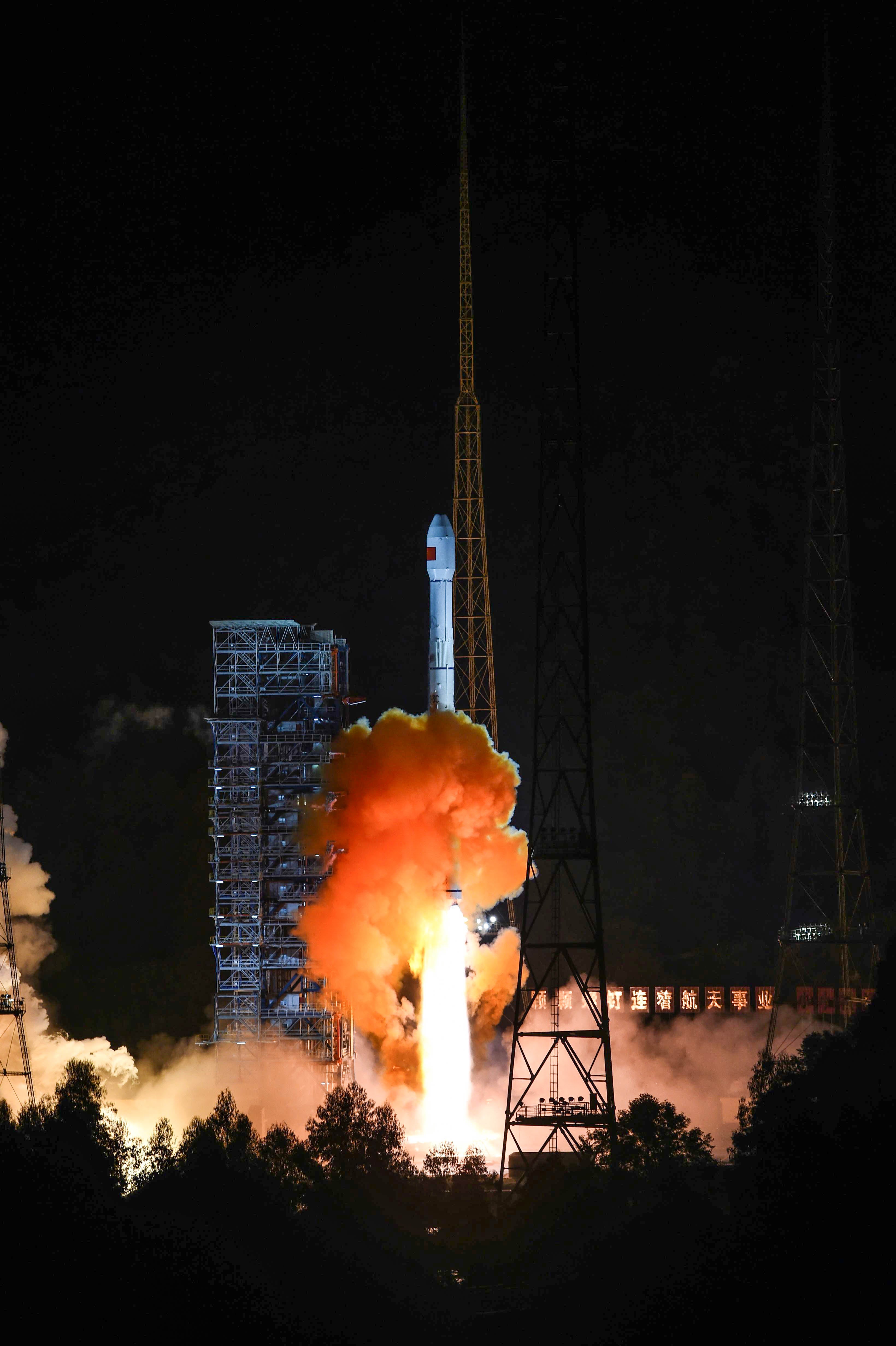 On March 4 a four-metric-ton spent rocket stage will end its uncontrolled, 7.5-year voyage through space with a flourish: it will slam into the far side of the moon, close to the 570-kilometer-wide crater Hertzsprung, at about 9,300 kilometers per hour, creating a modest crater of its own. Earth is no stranger to space junk falling from the sky, most of which burns up in the atmosphere or splashes down into the ocean. But the idea that a sizable piece of humanity’s trash is going to litter the moon has fostered disquiet around the globe.

So how should we all feel about this imminent impact? Should we throw up our hands in despair at humanity’s recklessness—or, at the very least, wildly gesticulate while uttering our grievances? Like many of his colleagues, John Crassidis, a space debris expert at the University at Buffalo, is opting to shrug his shoulders instead. “This is not a big deal,” he says.

First and foremost, this rocket’s demise is not going to disturb Earth’s alabaster orb. As its crater-pocked surface confirms, our natural satellite can shake off all sorts of substantial wallops. “Don’t worry, the moon’s still going to be there after,” Crassidis says.

But what about scattering unsightly litter upon our pristine lunar partner? It turns out that this rocket will join many other piles of space debris already strewn across the lunar surface. “This rocket, right now, I don’t think is a huge deal,” says Alice Gorman, a space archaeologist at Flinders University in Australia. Precedent shows we should not fret—not just yet, anyway.

The lone legitimate worry for this looming impact is what exactly it presages for our future. The U.S., China, Russia and others are increasingly looking to the moon as humanity’s first extraterrestrial outpost. “The hope is that we’re going back to stay,” says Vishnu Reddy, co-lead of the  Space Situational Awareness laboratory at the University of Arizona. “And you don’t want stuff to rain on people if they’re living there.”

The rocket stage’s lunar collision course came to light in January, chiefly via the work of Bill Gray, an astronomer behind Project Pluto, a popular series of programs used to track objects zipping about close to Earth. How the rocket got there in the first place, though, is somewhat less clear. Gray initially identified it as belonging to SpaceX, a remnant of the 2015 launch that put the National Oceanic and the Atmospheric Administration’s Deep Space Climate Observatory satellite into space.

But this was apparently a case of mistaken identity. Gray’s subsequent reexamination of the rocket stage’s trajectory and the timing of its journey strongly suggests it probably belongs to China: it is likely a rocket booster used during the 2014 launch of the Chang’e 5-T1 mission, a trial run for China’s Chang’e 5 sample-return mission to the moon that launched in 2020. Other astronomers concur with Gray’s revised conclusion, as do Reddy and his students at the University of Arizona, who telescopically observed the object to identify its various features, which look like those you would find on a Chinese space rocket.

Perhaps another plot twist will reveal that the rocket belongs to another nation or company; perhaps not. Either way, “we trust Newton’s laws,” says Jonathan McDowell, an astronomer at the Harvard-Smithsonian Center for Astrophysics. Whatever its origins, the object will still hit the moon on March 4.

When it does, it will join a long list of predecessors. “There are heaps of things that’ve crashed into the moon in the past,” Gorman says. The Apollo landings may be the most famous lunar adventures, but humanity’s very first direct contact with the moon was far less graceful: the Soviet Union intentionally slammed Luna 2, an uncrewed space probe filled with propagandist pennants, right into it way back in 1959.

Ever since, the moon has been subjected to all kinds of artificial impacts. During the Apollo era, parts of several Saturn 5 rockets were deliberately thrown at it to generate moonquakes detectable by seismic experiments placed there by astronauts. In 2009 a NASA mission specifically designed to shoot the moon did just that: the Lunar Crater Observation and Sensing Satellite, or LCROSS, dropped its spent rocket into the moon’s south pole, blasting into space a plume of rock and water ice that scientists studied from afar.

It is not just rocket parts that call the moon their final resting place. Several entire spacecraft, too, have lunar graves. Some are intentional: in recent years, a few of Japan’s and NASA’s probes have, after completing their missions, been directed to crash into the moon. Others are accidental: the Israeli Beresheet spacecraft was supposed to land on the moon in 2019, but malfunctions caused it to unceremoniously crater instead.

Despite this long history of lunar pummeling, some parts of the moon are more cherished—and thus more vulnerable—than others. What if, for instance, an errant bit of space debris crashed into Apollo 11’s Tranquility Base landing site, where humans first walked on another world? Thankfully, the chances of such an event are astronomically slim, and this latest impactor carries no risk of eradicating a piece of space history: it will come down on the lunar far side, where scarcely any surface exploration has occurred at all.

Although that far-side impact is good news for space history, it is less than ideal for scientists who might otherwise hope to telescopically spy it and its LCROSS-like plume. And Earthly observers are not the only ones without a front-row seat: there will be no scientific instruments near the likely crash site that could record any data during the collision. At some point, NASA’s Lunar Reconnaissance Orbiter (LRO) will swoop overhead in search of a telltale crater, but even that will not yield much if any meaningful revelations.

A Rainstorm of Rockets

That leaves—for those still scrambling for reasons to care—only concerns about what this event means for lunar exploration in years and decades to come. For one thing, the back-and-forth over the rocket stage’s identity “is highlighting the lack of a comprehensive lunar debris tracking system,” Gorman says.

Astronomers such as Gray are doing most of the detective work on this rather than some governmental agency like the U.S. Space Force, which does track objects in Earth’s orbital domain. This is because debris that goes beyond the reach of Earth’s geostationary satellites is not of any major concern to most nations at present. “Once it gets beyond 50,000 kilometers, the level of interest from Space Force starts to drop off. By the time it gets to 100,000, it’s pretty much nil,” McDowell says.

That lack of interest is driven in part by the difficulty of tracking debris in deep space. “It’s really challenging,” Reddy says, whether you use radar or optical tracking methods. “Objects are further away, they’re smaller, they’re fainter. You have to worry about this big reflector called the moon.” This isn’t a problem for now, he adds, “but in the next eight to 10 years, we’re probably going to have in the order of at least 50 [lunar] missions.” Several space probes will be in orbit, as could be astronauts, cosmonauts and taikonauts, either onboard spacecraft bound for the lunar surface or perhaps even dwelling in a space station such as NASA’s proposed Lunar Gateway.

Eventually, there will be sufficient amounts of human-made flotsam afloat around or near the moon for two objects to conceivably crash into each other there. Just last October India’s Chandrayaan-2 Orbiter had to dodge out of the way of NASA’s LRO. “We do maneuvers all the time in low-Earth orbit. You’d think we’d not have to do one around the moon,” Crassidis says.

The looming proliferation of missions in lunar orbit means the moon’s surface is set to get more crowded, too, with various proposed moon bases, scientific outposts and mining sites. Unfortunately, “the airless moon cannot protect itself from incoming debris like Earth does, where most objects burn up on reentry in the atmosphere,” says Hannah Sargeant, a planetary scientist at the University of Central Florida. The odds will long remain low, but it is possible that one day a piece of falling space junk could flatten some lunar explorer. And even if all the infalling junk misses vulnerable surface sites, assets in orbit could get some lethal blowback: pebbles and dust blasted into space from such impacts could potentially ping off or even shoot holes through various spacecraft. “It’s like you’re launching a suborbital missile: moon pebbles as lunar ASATs [antisatellite weapons],” McDowell says.

With all that in mind, “it makes sense for us to keep an eye on where is what,” Reddy says—not to deal with a problem that exists now but to mitigate one that may exist in the future. Reddy and his colleagues at the University of Arizona are already at work: they were just awarded $7.5 million by the U.S. Air Force to create and maintain a catalog of near-lunar objects and provide debris-dodging support to upcoming missions. This prototypical framework, Reddy says, is something “that the military can take over at some point when it becomes a bigger problem.”

It will, however, be a considerably long time before the moon’s space junk problem begins to approach the tragedy unfolding in our planet’s own orbital realm. “Even a few decades from now, I think it will not be as serious as the space junk problem in low-Earth orbit is now,” McDowell says. None of that means we should dismiss the problem itself—because who wants to carry Earth’s problems to the moon?

“It might behoove us to say, ‘Okay, this time we’re going to think ahead a little bit more,’” Gray says.