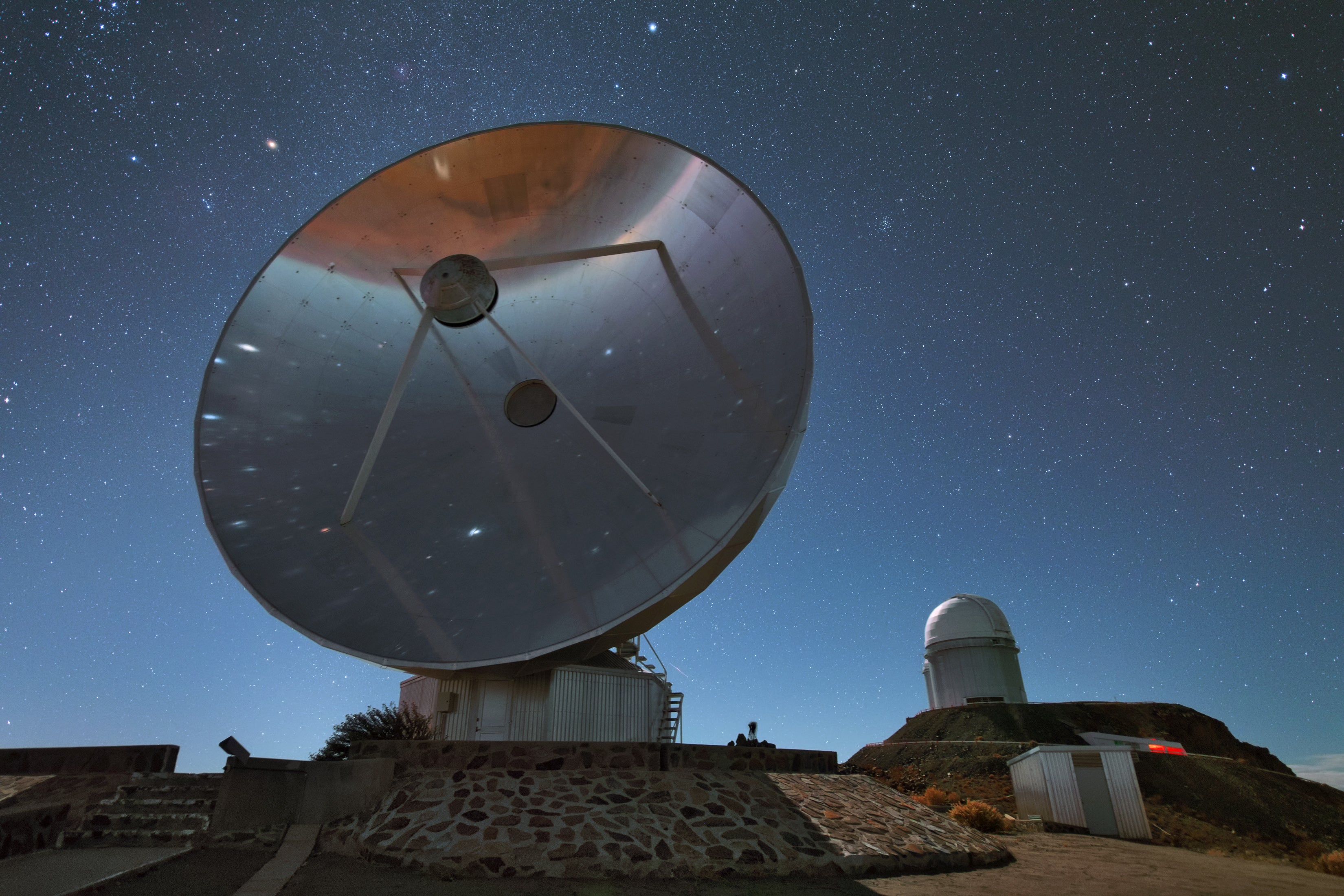 Astronomers across Africa and Europe have reacted with delight to news that Africa’s first millimetre-range radio telescope is to be built.

The Africa Millimetre Telescope will fill a gap in the coverage of the Event Horizon Telescope (EHT), a global network of telescopes that can receive and analyse radio waves of around 1 millimetre in length — in 2019 they published the first-ever image of a black hole’s edge, known as its event horizon.

The telescope will be located on or near Table Mountain in the Gamsberg Nature Reserve in Namibia. It will be a repurposed 15-metre telescope, currently located at La Silla in Chile, which is being donated by the Onsala Space Observatory in Sweden and the European Southern Observatory, headquartered near Munich, Germany.

The project, confirmed at the end of last year, is “another step toward solidifying Africa’s position as a globally competitive and capable player in the field of astronomy”, says Charles Takalana, head of the secretariat at the African Astronomical Society in Cape Town, South Africa. The telescope will “fill a missing observing window on the continent” and will be crucial for Africa’s astrophysics communities, adds Roger Deane, who directs the Wits Centre for Astrophysics at the University of Witwatersrand in Johannesburg, South Africa.

The Africa Millimetre Telescope is a collaboration between Radboud University Nijmegen in the Netherlands and the University of Namibia in Windhoek. It will be about five years before the telescope gets to see first light. The project will cost around US$25 million, including construction, operations and outreach projects in the southern African country. Half of its funding has come from Radboud University. Other funders include the University of Namibia, the European Southern Observatory and the Netherlands Research School for Astronomy in Leiden.

The telescope team is working to complete what is called a critical design review, which will help to determine the observatory’s exact location on the mountain, whether it needs to be adjacent to the mountain, or located at another site; and whether extra funding will be needed.

Telescopes in the millimetre-wavelength range can image the event horizon of a black hole, says project manager Marc Klein Wolt, who is also managing director of the Radboud Radio Lab at Radboud University. At longer wavelengths, “you only saw a blob, but at the millimetre wavelengths, you start to see the edge”.

In 2019, the EHT team published a celebrated image of the supermassive black hole at the centre of the galaxy M87. It was the first picture to show the contour of a black hole’s event horizon. “That image was the start of a new science, like the first observation of gravitational waves was the start of a new science,” Klein Wolt says. Radboud University astrophysicist Heino Falcke, who announced the first black hole image, will be the Africa Millimetre Telescope’s scientific leader.

“You have to have a telescope in the Southern Hemisphere, in southern Africa, to make all those connections [to other telescopes in the network],” Klein Wolt says. “That would allow you to observe [the sky] as the Earth rotates,” he adds.

However, the EHT will only require about one-fifth of the Africa Millimetre Telescope’s total observation time, says astronomer Michael Backes, co-principal investigator of the project, who is based at the University of Namibia. “The lion’s share of the time will be available for Namibian astronomers to develop their programmes,” he says.

Possible projects in Namibia include monitoring the variations in the brightness of small and large black holes in collaboration with optical telescopes and γ-ray telescopes such as the High Energy Stereoscopic System (HESS), which is also located in Namibia, and the planned Cherenkov Telescope Array in Chile, says Backes.

In the past two decades, telescopes have been set up across southern Africa. Countries with relatively clear skies and low population densities are ideal for astronomy. Telescopes there cover a wide range of wavelengths — from the optical Southern African Large Telescope and radio telescope MeerKAT in South Africa to the HESS telescope in Namibia. Late last year, the Square Kilometre Array (SKA) Observatory began awarding contracts to build its giant radio telescope, which will have thousands of dishes in South Africa and one million antennas in Australia, when the project is complete.

However, finding trained scientists and engineers in the continent has historically been a challenge, says Carla Sharpe, head of the Africa programme at the Cape Town-based South African Radio Astronomy Observatory, which is not yet involved in the Africa Millimetre Telescope. Since 2005, when it threw its hat in the ring to host the SKA, South Africa has awarded more than 1,000 scholarships in astronomy and engineering to fill this talent chasm locally and in SKA Africa partner countries, including Namibia.

Backes says he hopes that the Africa Millimetre Telescope will help to expand Namibia’s astronomy community. Klein Wolt adds that the team is still looking for more funding so that it can finalize the telescope location and continue to train astronomers in Namibia.

Projects such as the Africa Millimetre Telescope will help to achieve a larger programme in Africa in astronomy, radio astronomy and engineering, which are needed to help develop the continent, says Sharpe.

This article is reproduced with permission and was first published on February 4 2022.